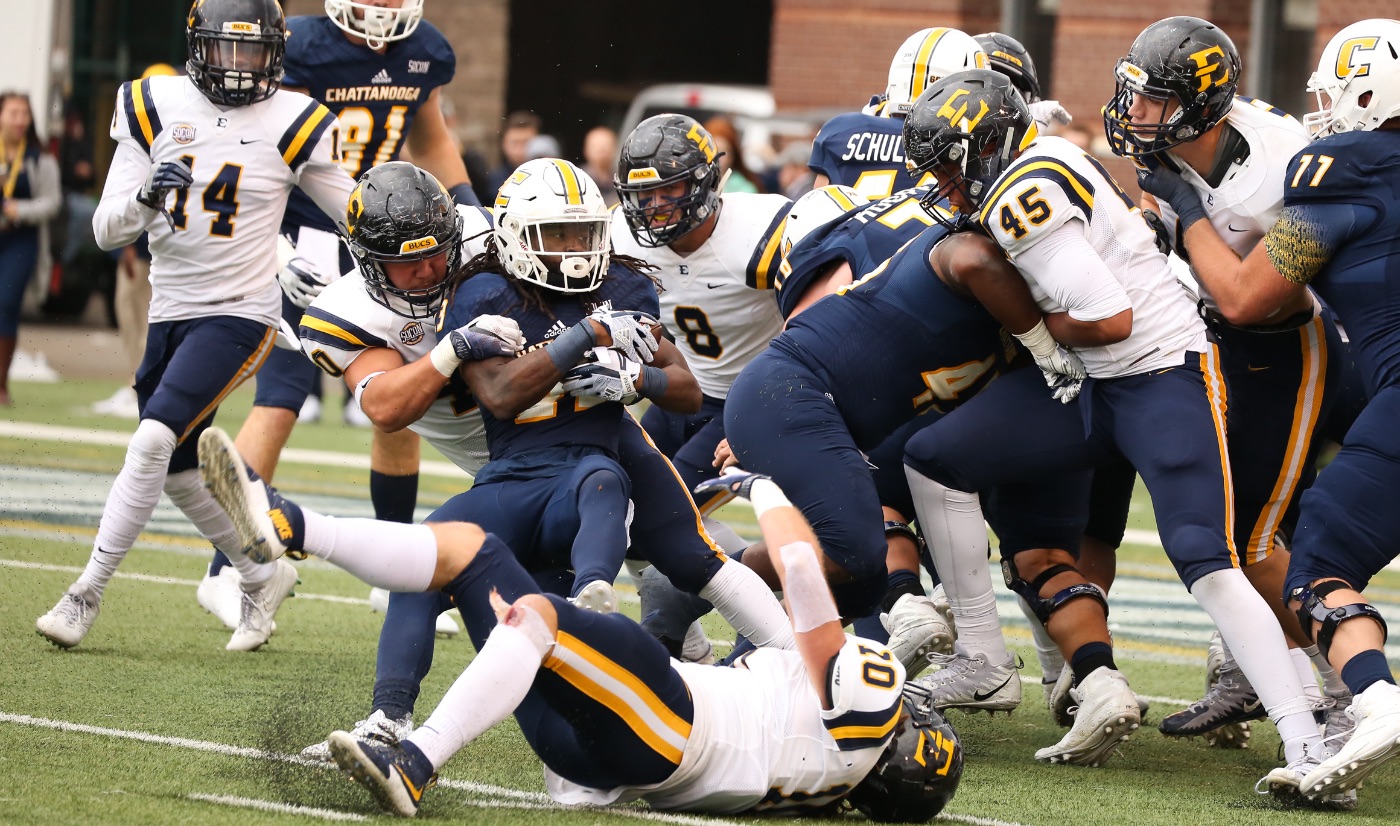 CHATTANOOGA (Nov. 18, 2017) --  On a blustery day when offensive yards and points were at a premium, one mistake by the ETSU special teams proved the difference between a win and a loss for the Buccaneers against their Southern Conference rivals.

Chattanooga’s Marshall Cooper blocked an ETSU punt early in the second half, setting up the Mocs at the Buccaneers’ 27-yard line and leading to the eventual winning touchdown score, as UTC bested ETSU 10-7 in the season finale for both teams Saturday afternoon at Finley Stadium.

For the day, the Bucs managed just 116 yards of total offense. Even so, the ETSU defensive unit gave the team a chance, holding UTC to just 238 yards itself and even getting the ball back to the Bucs’ offense for one last drive with just under two minutes left in the game. Unfortunately for the Bucs, there was no magical comeback on this day, as the Mocs’ defense stopped the final ETSU drive from even crossing midfield.

The Chattanooga defense had just one sack, but did have 12 quarterback hurries on the day, often knocking ETSU junior quarterback Austin Herink (Cleveland) to the ground. On the ground, the Bucs managed just 24 yards on 20 carries, while Herink finished 13-of-37 for 92 yards.

The Bucs 2018 schedule will be released in the coming weeks, a slate that will include a Sept. 8 visit to Neyland Stadium in Knoxville to take on Tennessee for the first time in program history.