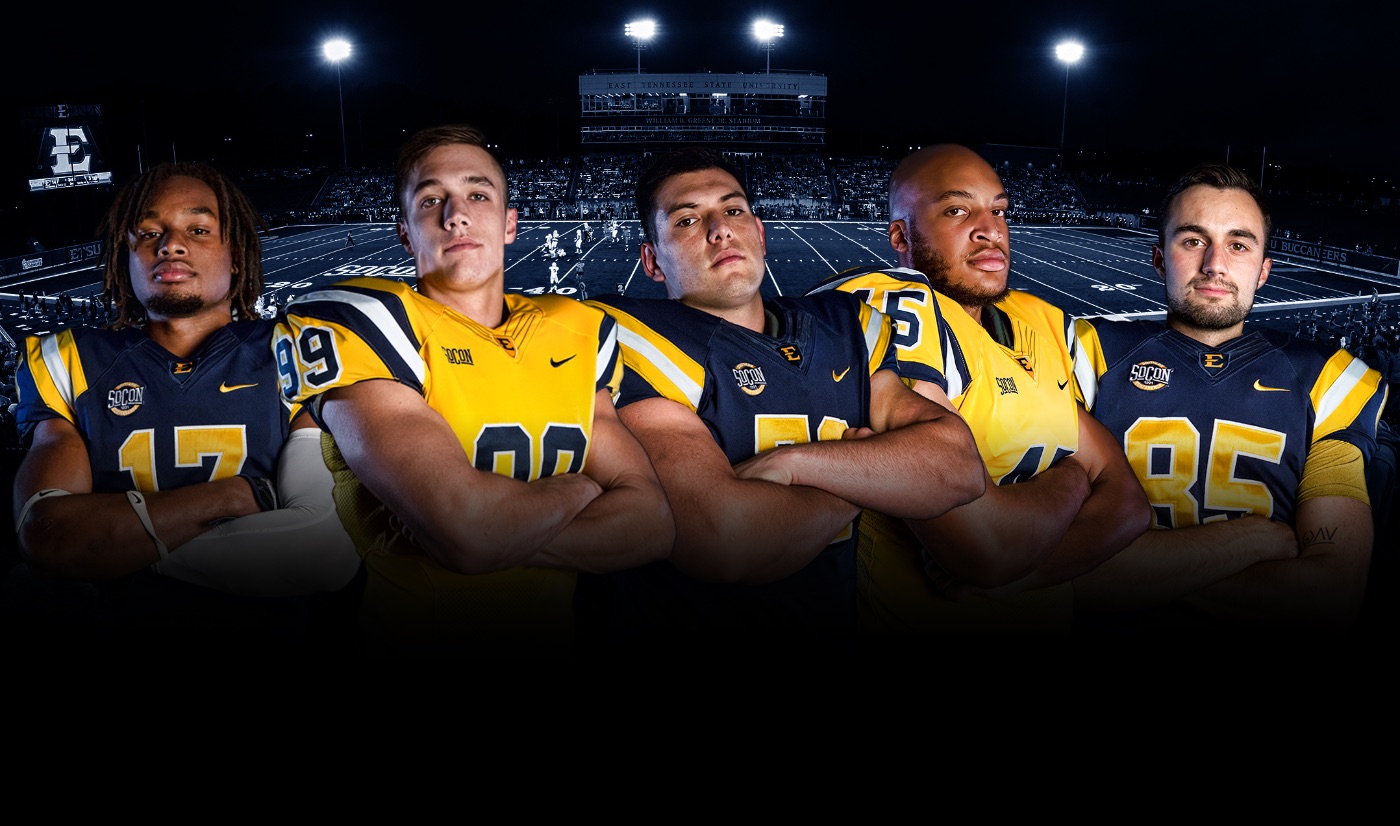 In his second season in the Blue and Gold, Player started in all 11 games and totaled 67 tackles, 13.5 tackles for loss, seven sacks, six quarterback hurries, an interception (for touchdown) and one forced fumble. Player got off to a fast start as he registered his first double-digit tackle game (10 tackles) in the season-opening win over Limestone, and added a career-high 13 tackles versus Wofford on Oct. 28. The Columbia, S.C. native featured a three-sack performance in the 16-3 Homecoming win over Robert Morris on Oct. 7, and picked off his first collegiate interception a month later over VMI, returning it for a touchdown in the 24-6 victory against the Keydets. Player finished tied for second in the SoCon in sacks, third in tackles for loss, and his three-sack game against Robert Morris was tied for the most among conference players this season. The three sacks were tied for the 11th-most by an FCS player, and were the fourth-most in ETSU single-game history. Player’s seven sacks this year also ranked fourth in Buccaneer single-season history.

Jerman, a preseason all-conference selection, lived up to the expectations for a third straight year. The Buccaneer kicker led ETSU with 63 points, going a perfect 21-of-21 in PATs and finishing 14-of-18 in field goal attempts. Jerman led the SoCon in field goals made and field goals made per game (1.27). The Seymour, Tenn. native connected on a pair of career-long 51-yard field goals against Wofford (Oct. 28) and at Chattanooga (Nov. 18), which is tied for the second-longest field goal in program history and was the longest field goal by a SoCon kicker this season. Jerman was 7-of-9 on field goals of 40 yards or longer this season. His 14 field goals are tied for second all-time in program history, and he’s third all-time in PATs (61), fourth in field goals (34), and fifth in scoring (162).

Bockrath shined in his first season on the gridiron as he played in all 11 games (seven starts) en route to totaling 57 tackles (34 solo), nine tackles for loss, 4.5 sacks, six quarterback pressures and a forced fumble. Bockrath posted at least one tackle in all 11 games, including a season-high eight solo tackles in the season finale at Chattanooga. The Loveland, Ohio native recorded his first collegiate sack at No. 1 James Madison (seven tackles), and had a sack in back-to-back games against Robert Morris and Western Carolina. The redshirt freshman linebacker ranked second on the team in sacks and tackles for loss, while ranking fourth in tackles.