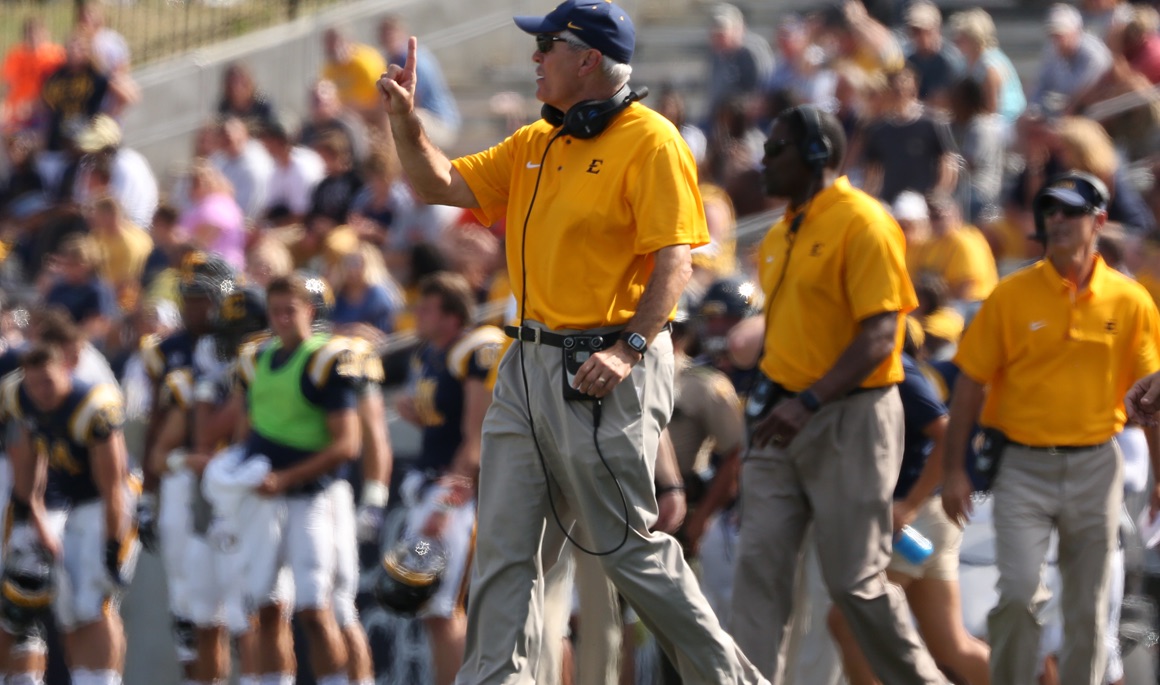 JOHNSON CITY, Tenn. (Dec. 8, 2017) – The East Tennessee State University Department of Intercollegiate Athletics announced on Friday that football head coach Carl Torbush will be retiring from his position after five years with the program.

Torbush was tasked with restarting the Buccaneer football program in June of 2013 and has totaled over 40 years of coaching experience.

“I came to ETSU because of my love for football, East Tennessee, ETSU, the people and the passion for restarting a program that hurt all of us when it was dropped,” said Torbush. “My love, appreciation and respect for everything that makes this university special will last a lifetime. I do feel all of us, myself, my staff, our athletic department, our faculty and staff, lettermen, fans, and everyone who has a love for ETSU, ETSU athletics, and especially ETSU football have been very instrumental in building a solid foundation for our program.”

Torbush, whose career also included head coaching stops at North Carolina and Louisiana Tech, built a strong reputation as an outstanding defensive strategist after having served as a defensive coordinator at six FBS programs, including Alabama, Mississippi, Mississippi State, Kansas, Texas A&M and UNC. Torbush got his coaching start at Carter High School in Knoxville in 1974 before joining Baylor’s staff as a graduate assistant in 1975.

“ETSU athletics will be forever grateful for Coach Torbush’s passion and effort in rebuilding the Buccaneer football program,” said ETSU Director of Intercollegiate Athletics Scott Carter. “He established a foundation around character and integrity, which will serve for many years to come. I personally consider Carl a great friend and I am truly thankful for the time spent working together around a program we both love. From ordering footballs, to designing uniforms, to recruiting young quality men and building a stadium, Coach Torubsh’s fingerprints are all around the ETSU football program and they will stay there forever. Coach came here to do a job and we are indebted to him for how he did it.”

During his time at ETSU, Torbush coached nine all-Southern Conference selections, while 75 Buccaneers were also placed on the SoCon Honor Roll and over 30 will have graduated over his watch. Torbush’s tenure included wins over No. 18 Samford to end the 2016 season, along with season-opening wins at Kennesaw State and versus Western Carolina at Bristol Motor Speedway in front of a school record crowd 13,863 fans. Since returning to the SoCon, the Bucs have defeated half of the teams in the league.

Torbush – who recorded his first win at ETSU back on Oct. 31, 2015 against Warner – went from a two-win season in 2015 to a five-win campaign in the Bucs’ first season in the Southern Conference. Following a 2-0 start in 2016, the Buccaneers were receiving votes of the STATS FCS Top 25. This past season, Torbush and the Buccaneers opened up their brand new on-campus home at William B. Greene, Jr. Stadium where ETSU defeated Limestone, Mercer, Robert Morris and VMI. ETSU sold out three of its six home games this past season and ranked sixth among FCS schools in percent of stadium capacity. 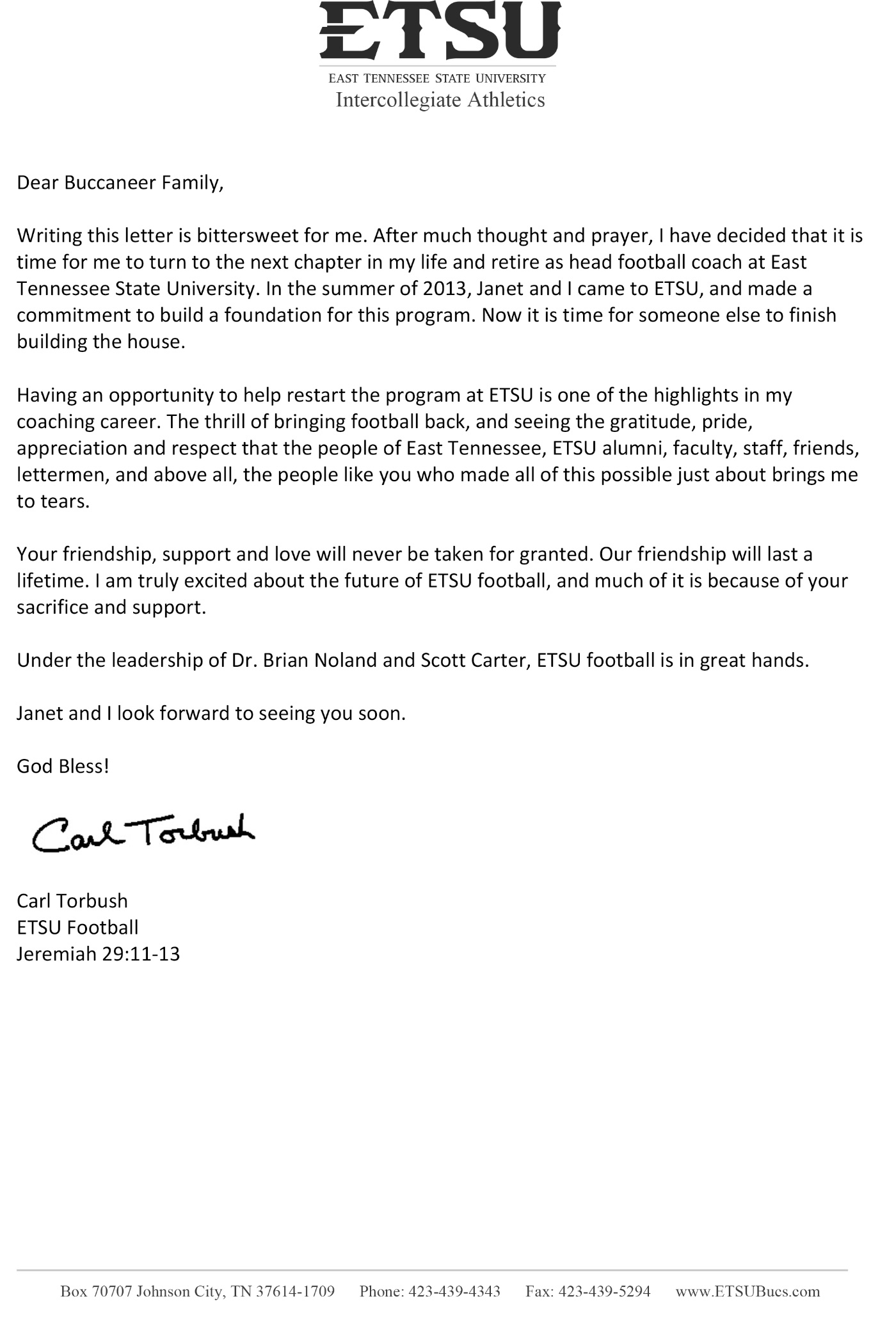