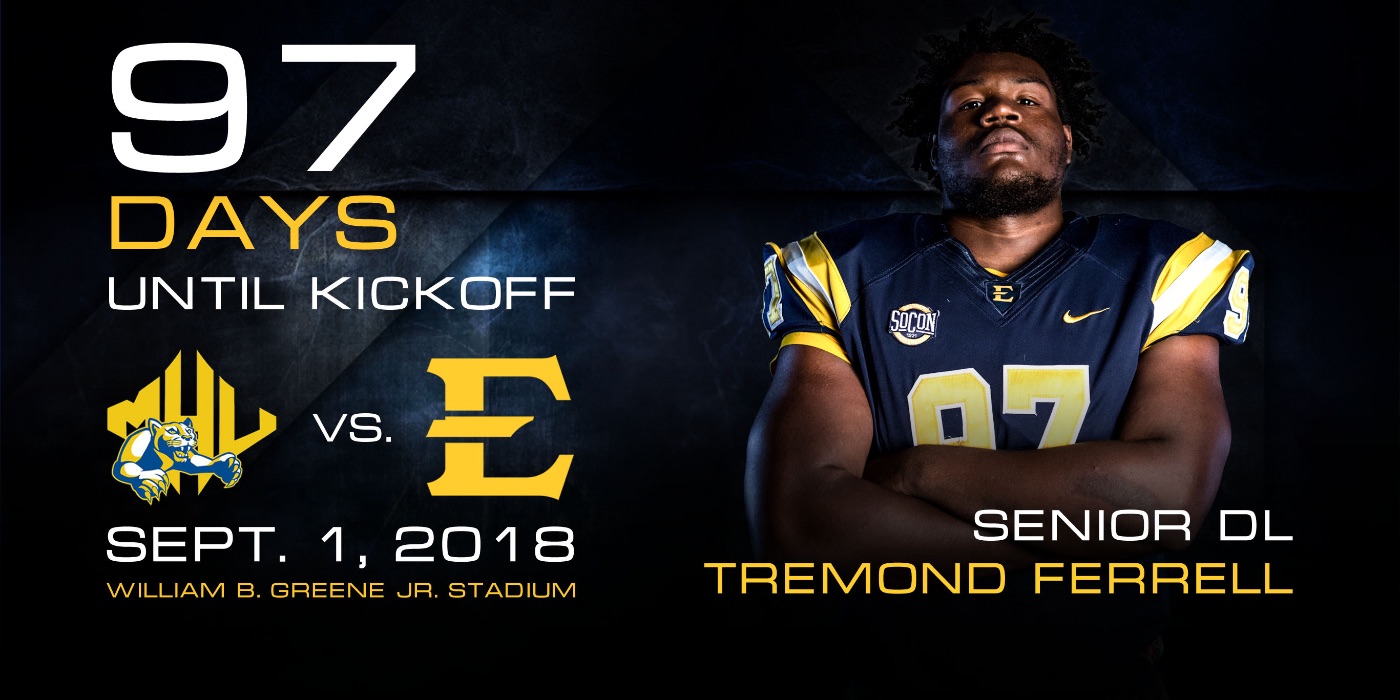 JOHNSON CITY, Tenn. (May 27, 2018) – As ETSU football approaches kickoff for the 2018 campaign, ETSUBucs.com will count down the days by featuring the program’s 21 seniors on the site and via social media throughout the summer months.

Today marks 97 days until the Buccaneers open the season against Mars Hill on Saturday, Sept. 1 at William B. Greene, Jr. Stadium. Senior defensive lineman and No. 97 Tremond Ferrell (Washington, Ga.) is the first player to be featured in this special segment.

Ferrell has played in all 33 games (30 starts) for the Blue and Gold since the program restarted in 2015. Over his career, Ferrell has totaled 99 tackles, nine tackles for loss, three sacks, five quarterback hurries and one fumble recovery. The Washington, Ga. native has recorded at least one tackle in 31 of his 33 games played, including a career-high nine tackles last season at Furman. Ferrell collected his first collegiate sack at Mercer back on Oct. 17, 2015, while also adding seven tackles against the Bears. The Buccaneer defensive lineman totaled back-to-back seven-tackle games last season versus Wofford (Oct. 28) and VMI (Nov. 4). Ferrell also registered 1.5 tackles for loss and a half-sack in the 24-6 win over the Keydets.