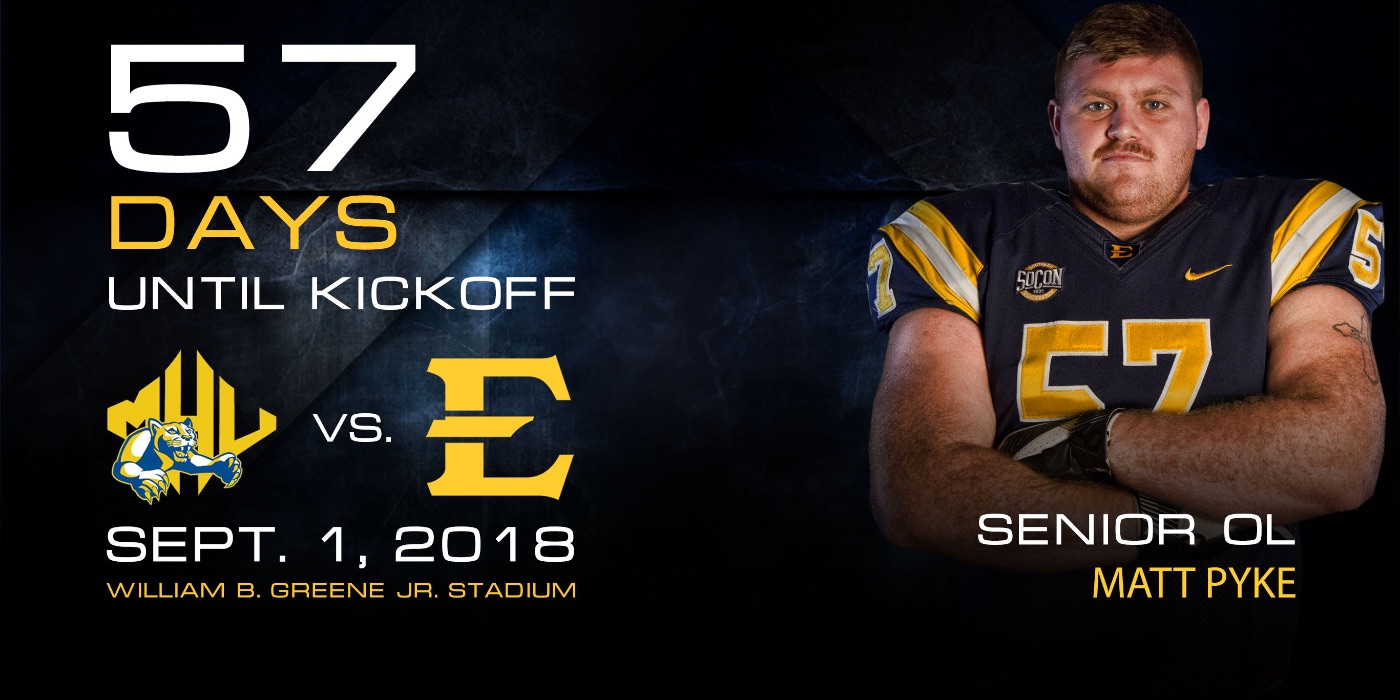 JOHNSON CITY, Tenn. (July 6, 2018)– As ETSU football approaches kickoff for the 2018 campaign, ETSUBucs.com will count down the days by featuring the program’s 21 seniors on the site and via social media throughout the summer months.

Today marks 57 days until the Buccaneers open the season against Mars Hill on Saturday, Sept. 1 at William B. Greene, Jr. Stadium. Senior offensive lineman and No. 57 Matt Pyke (Clinton, Tenn.) is the 10th player to be featured in this special segment.

Pyke, who was a part of the Bucs’ original signing class in 2014, has started all 33 games at center for the Blue and Gold since the program restarted in 2015. The Clinton, Tenn. native has earned three Bowman Jewelers Offensive Player of the Week awards, including two last season – vs. VMI (Nov. 5) and at Western Carolina (Oct. 16). During the 2016 season, Pyke’s blocking duties helped ETSU total three 200-plus yard rushing games – including a season-high 323 yards in the win over West Virginia Wesleyan. Prior to coming to ETSU, Pyke started four seasons on the offensive line at Clinton High School, while being a three-year all-district selection and scout combine Tennessee MVP in 2011.

ETSU fans are reminded that they can order season tickets now for the 2018 season by clicking here or by calling the ETSU ticket office at (423) 439-3878. Along with a six-game home schedule that features matchups with Mars Hill (Sept. 1), Furman (Sept. 22), Chattanooga (Sept. 29), Gardener-Webb (Oct. 6), Western Carolina (Oct. 27) and Samford (Nov. 17), the Bucs will also hit the road for the program’s first-ever trip to Neyland Stadium to take on Tennessee on Sept. 8.