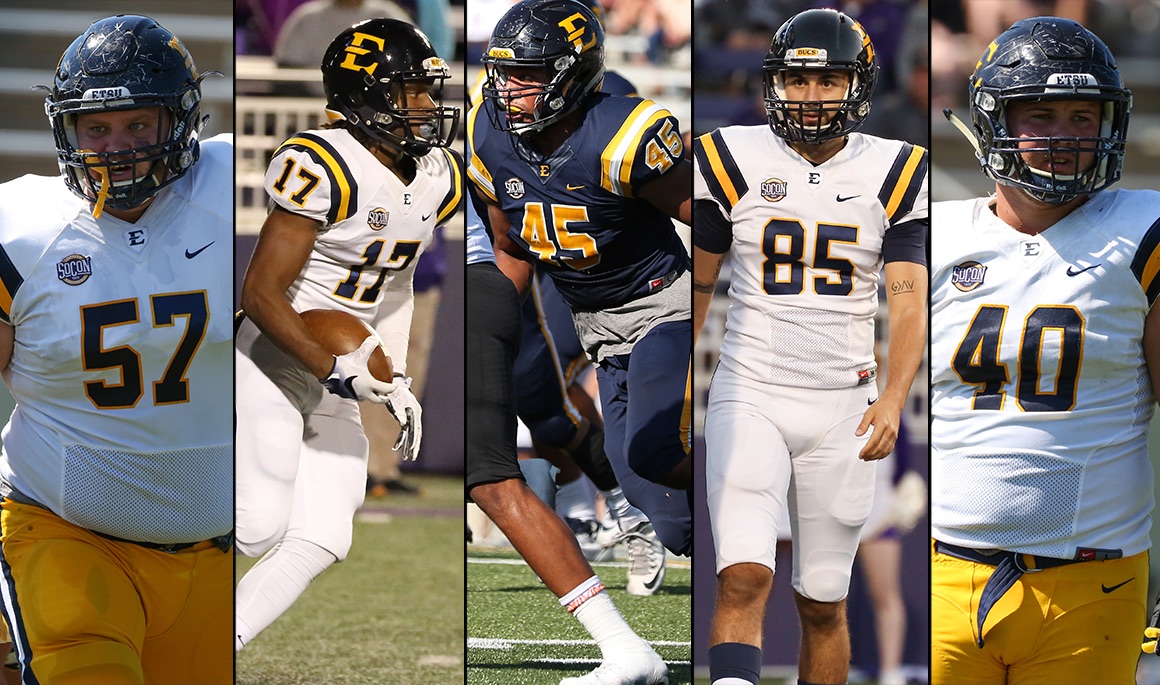 Player earned postseason first team all-conference honors by the media last season after totaling 67 tackles, 13.5 tackles for loss, seven sacks, six quarterback hurries, an interception (for touchdown) and one forced fumble. The seven sacks ranked fourth in Buccaneer single-season history. The 2016 SoCon All-Freshman Team selection started all 11 games for the Blue and Gold a year ago, while finishing tied for second in the SoCon in sacks, third in tackles for loss, and the three-sack game against Robert Morris was tied for the most among conference players this season. Player registered his first double-digit tackle game (10 tackles) in the season-opening win over Limestone and added a career-high 13 tackles versus Wofford on Oct. 28. The three-sack performance versus Robert Morris was tied for the 11th-most by an FCS player, and was the fourth-most in ETSU single-game history. The Columbia, S.C. native recorded his first collegiate interception a month later against VMI, returning it for a touchdown in the 24-6 victory against the Keydets.

Pyke has started all 33 games at center for the Blue and Gold since the program restarted in 2015. The Clinton, Tenn. native has earned three Bowman Jewelers Offensive Player of the Week awards, including two last season – vs. VMI (Nov. 5) and at Western Carolina (Oct. 16). During the 2016 season, Pyke’s blocking duties helped ETSU total three 200-plus yard rushing games – including a season-high 323 yards in the win over West Virginia Wesleyan.

Weigel, who has started all 33 games in his career, led the Bucs with 92 tackles (45 solo), while adding 4.5 tackles for loss, one sack, three quarterback hurries, two fumble recoveries and one forced fumble in 2017. The Pickerington, Ohio native earned his first-ever SoCon Defensive Player of the Week honor following his 18-tackle effort against The Citadel on Sept. 16. Weigel finished tied for eighth in the SoCon in tackles per game (8.4) and fourth in fumbles recovered (0.18). The Buccaneer linebacker recorded at least one tackle in all 11 games, including four double-digit tackle games. Weigel enters his final season in the Blue and Gold with 325 career tackles, 18.5 tackles for loss, three sacks, four forced fumbles and six fumble recoveries. The 2016 second team all-SoCon selection ranks second among active FCS players in total tackles per game (9.9) and fifth in solo tackles per game (5.2).

ETSU fans are reminded that they can order season tickets now for the 2018 season by visiting ETSUBucs.com  or calling the ETSU ticket office at (423) 439-3878. Along with a six-game home schedule that features matchups with Mars Hill (Sept. 1), Furman (Sept. 22), Chattanooga (Sept. 29), Gardner-Webb (Oct. 6), Western Carolina (Oct. 27) and Samford (Nov. 17), the Bucs will also hit the road for the program’s first-ever trip to Neyland Stadium to take on Tennessee on Sept. 8.