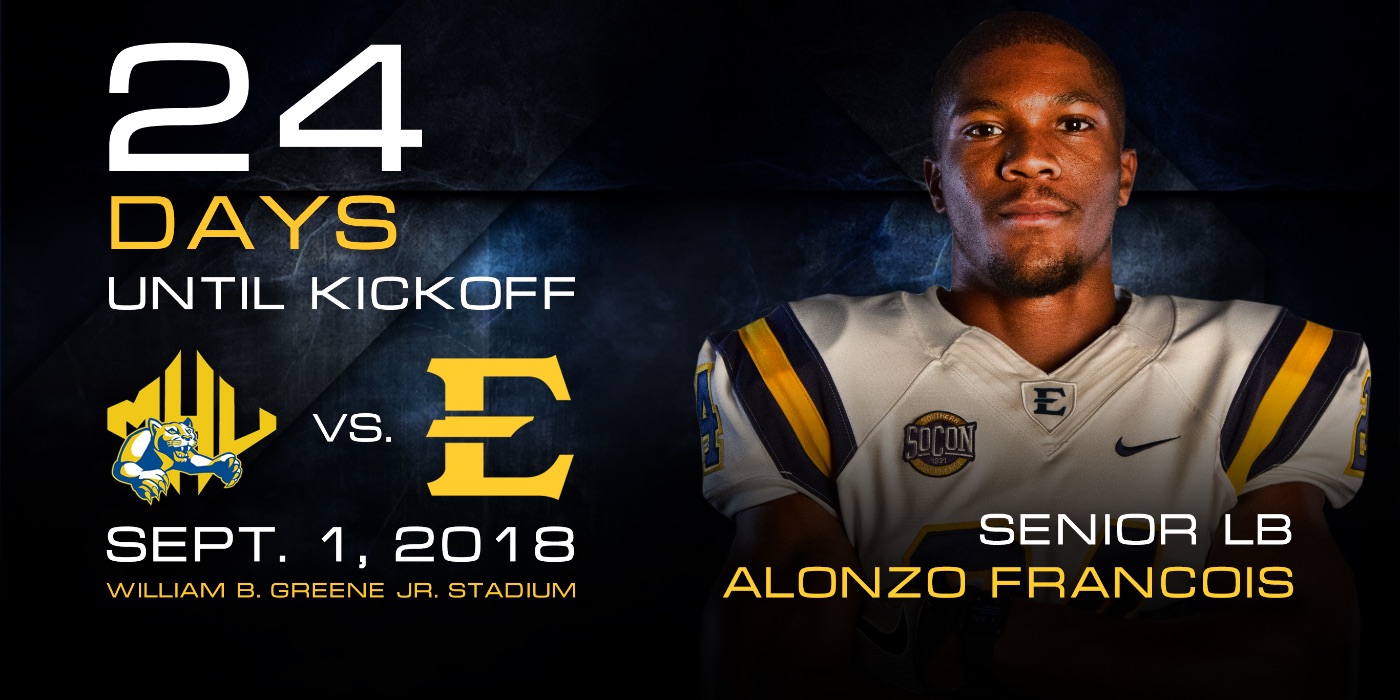 JOHNSON CITY, Tenn. (Aug. 8, 2018)– As ETSU football approaches kickoff for the 2018 campaign, ETSUBucs.com will count down the days by featuring the program’s 21 seniors on the site and via social media throughout the summer months.

Today marks 24 days until the Buccaneers open the season against Mars Hill on Saturday, Sept. 1 at William B. Greene, Jr. Stadium. Senior linebacker and No. 24 Alonzo Francois (Ooltewah, Tenn.) is the 17th player to be featured in this special segment.

Francois, one of the original members of the Buccaneer 2014 signing class, has played in 31 of the possible 33 games for the Blue and Gold, while totaling 33 tackles, five tackles for loss two fumble recoveries and one forced fumble. The SoCon Honor Roll member posted a career-high six tackles at Mercer in 2015, while adding three solo tackles (two tackles for loss) against Furman in 2016. Francois’ fumble recoveries came in wins against Warner (2015) and West Virginia Wesleyan (2016), while he recorded his forced fumble last season against The Citadel.

ETSU fans are reminded that they can order season tickets now for the 2018 season by clicking hereor by calling the ETSU ticket office at (423) 439-3878. Along with a six-game home schedule that features matchups with Mars Hill (Sept. 1), Furman (Sept. 22), Chattanooga (Sept. 29), Gardner-Webb (Oct. 6), Western Carolina (Oct. 27) and Samford (Nov. 17), the Bucs will also hit the road for the program’s first-ever trip to Neyland Stadium to take on Tennessee on Sept. 8.