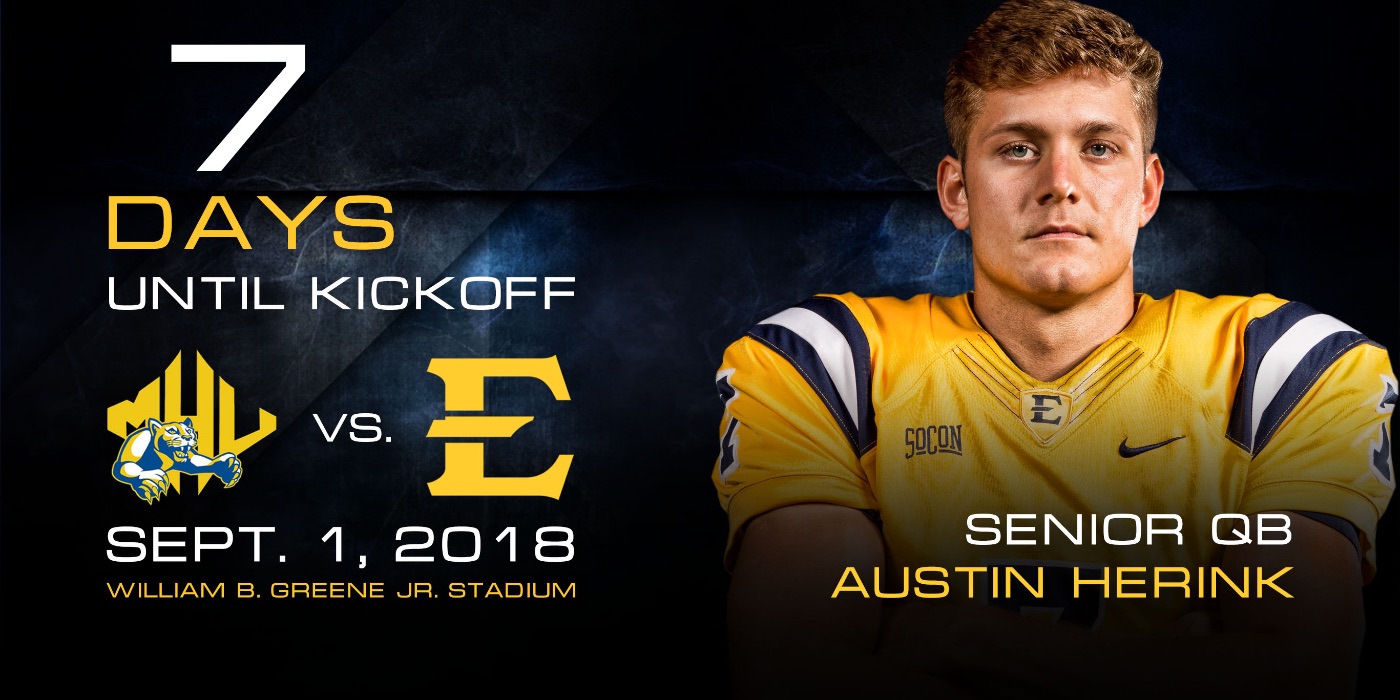 JOHNSON CITY, Tenn. (Aug. 25, 2018)– As ETSU football approaches kickoff for the 2018 campaign, ETSUBucs.com will count down the days by featuring the program’s 21 seniors on the site and via social media throughout the summer months.

Today marks seven days until the Buccaneers open the season against Mars Hill on Saturday, Sept. 1 at William B. Greene, Jr. Stadium. Senior quarterback and No. 7 Austin Herink (Cleveland, Tenn.) is the 19th player to be featured in this special segment.

Herink, who has started all 33 games for the Bucs since the program was reinstated in 2015, enters his final season ranked among ETSU career leaders in completion percentage (58.5, 2nd), completions (459, 4th), total yards (5,436, 5th), passing attempts (784, 5th),passing yards (5,169, 6th) and passing touchdowns (27, 7th). The Cleveland, Tenn. native broke ETSU’s single-game passing record with a 434-yard game last year at Furman, while also ranking among the Bucs’ single-season leaders in passing attempts (322, 4th), completions (182, 5th), passing yards (2213, 6th), and passing touchdowns (14, T7th) following the 2017 campaign. The SoCon Academic Team and Honor Roll member was named SoCon Student-Athlete of the Week last September following his performance against Furman, and he was tabbed SoCon Player of the Week after guiding the Blue and Gold to their 34-31 win over Western Carolina at Bristol Motor Speedway in 2016. In last year’s season opening win over Limestone, Herink set the program record for most consecutive completions with 15, while his 26 completions in the overtime win over Mercer marked a career high for the Buccaneer quarterback.