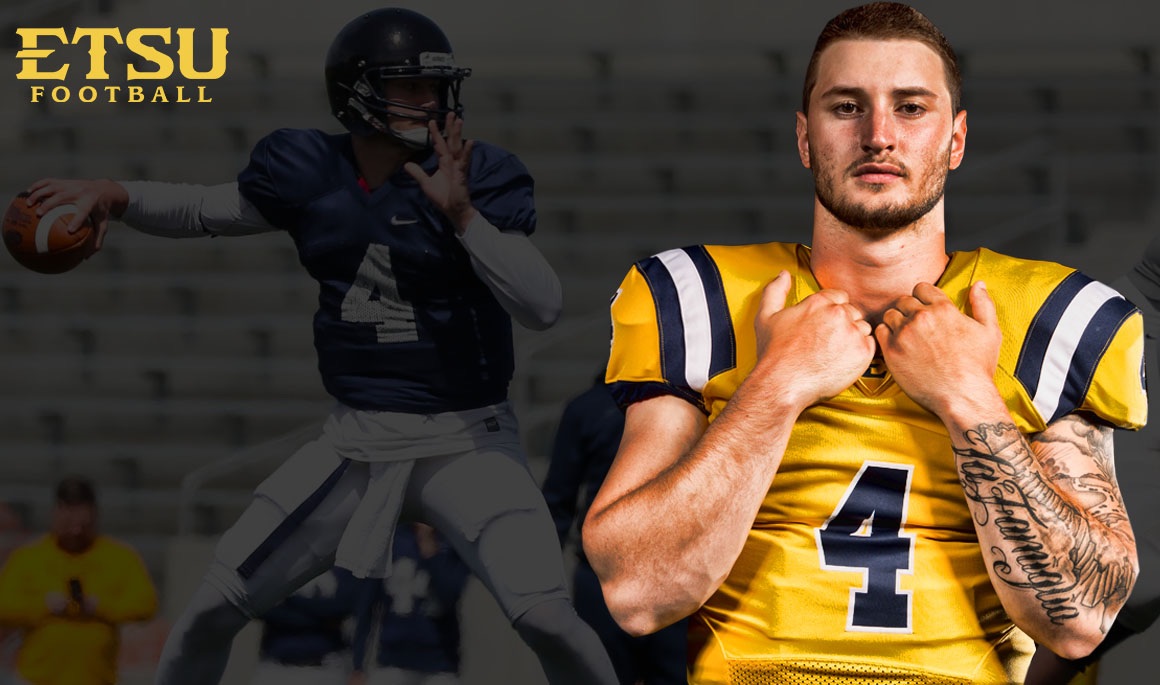 “We had a strong competition at the quarterback position this spring and summer, and it finally got to a point where a starter had to be named. Following Saturday’s practice I met with Logan and Austin (Herink), and told them about the decision,” said Sanders, who enters his first season at ETSU following stints as offensive coordinator at Tennessee, Kentucky and most-recently Florida State. “Both quarterbacks put in a lot of work this spring and summer, and are leaders for our program. They both handled the competition like professionals and became better on and off the field because of it.”

Marchi, who transferred to ETSU from Temple during the spring semester, compiled over 1,600 passing yards with nine touchdowns in 12 career games with the Owls. The Bristol, Conn. native was named Temple’s starting quarterback heading into the 2017 season where he threw for 1,658 yards and nine touchdowns in his first seven games before an injury prevented him from finishing the season as the Owls’ quarterback.

Marchi made his first collegiate start last September at Notre Dame where he totaled 245 yards passing with two touchdowns, while following that up with 274 yards against Villanova and 248 yards with three touchdowns versus UMass. Marchi’s 767 passing yards in the first three games of the season were the most by a Temple quarterback in his first three starts, while he also tied the school record for passing attempts without an interception to start a season with 109. In back-to-back weeks against East Carolina and UConn, Marchi threw for 321 and 356 yards, becoming the first Owl quarterback since 2010 to post consecutive 300-plus yard passing games. Marchi was named to the American Athletic Conference Weekly Honor Roll for his performance versus UMass, while being tabbed Under Armour Student-Athlete of the Week against ECU.

Marchi was a part of back-to-back Temple teams that played in the American Athletic Conference Championship game, including the Owls claiming the 2016 title with a win over No. 25 Navy.

The Bucs open the 2018 season this Saturday when ETSU hosts Mars Hill at 7:30 p.m., inside William B. Greene, Jr. Stadium.