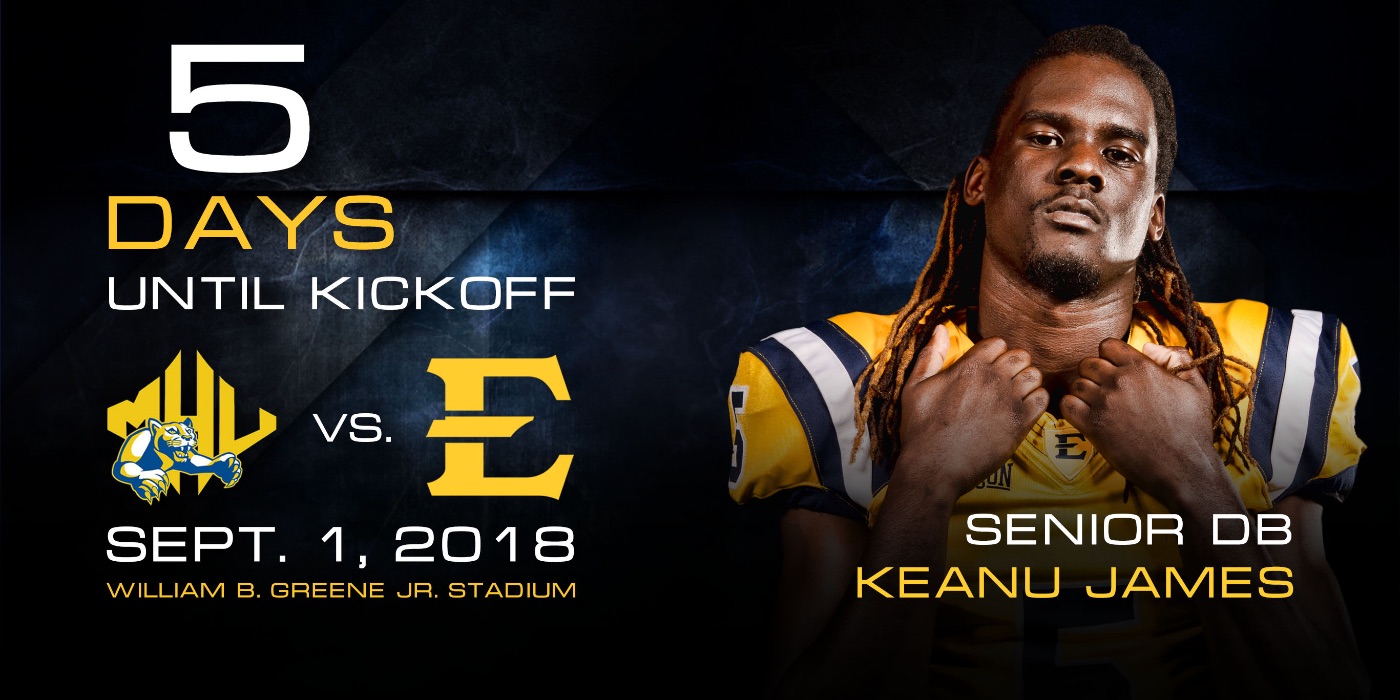 JOHNSON CITY, Tenn. (Aug. 27, 2018) -- As ETSU football approaches kickoff for the 2018 campaign, ETSUBucs.com will count down the days by featuring the program’s 21 seniors on the site and via social media throughout the summer months.

Today marks five days until the Buccaneers open the season against Mars Hill on Saturday, Sept. 1 at William B. Greene, Jr. Stadium. Senior defensive back and No. 5 Keanu James (Dacula, Ga.) is the 20th player to be featured in this special segment.

James, who was part of the Bucs’ original signing class in 2014, has played in 20 career games (seven starts), while posting 49 tackles, one interception and one fumble recovery. The Dacula, Ga. native recorded his first collegiate interception at Gardner-Webb in 2015, where he also tallied a career-high seven tackles. James finished with six tackles in his first collegiate game against Kennesaw State on Sept. 3, 2015, while also posting six tackles two weeks later at Charleston Southern. James’ fumble recovery came later that 2015 season at Robert Morris. Last season, James registered two tackles in the Bucs’ win over VMI.