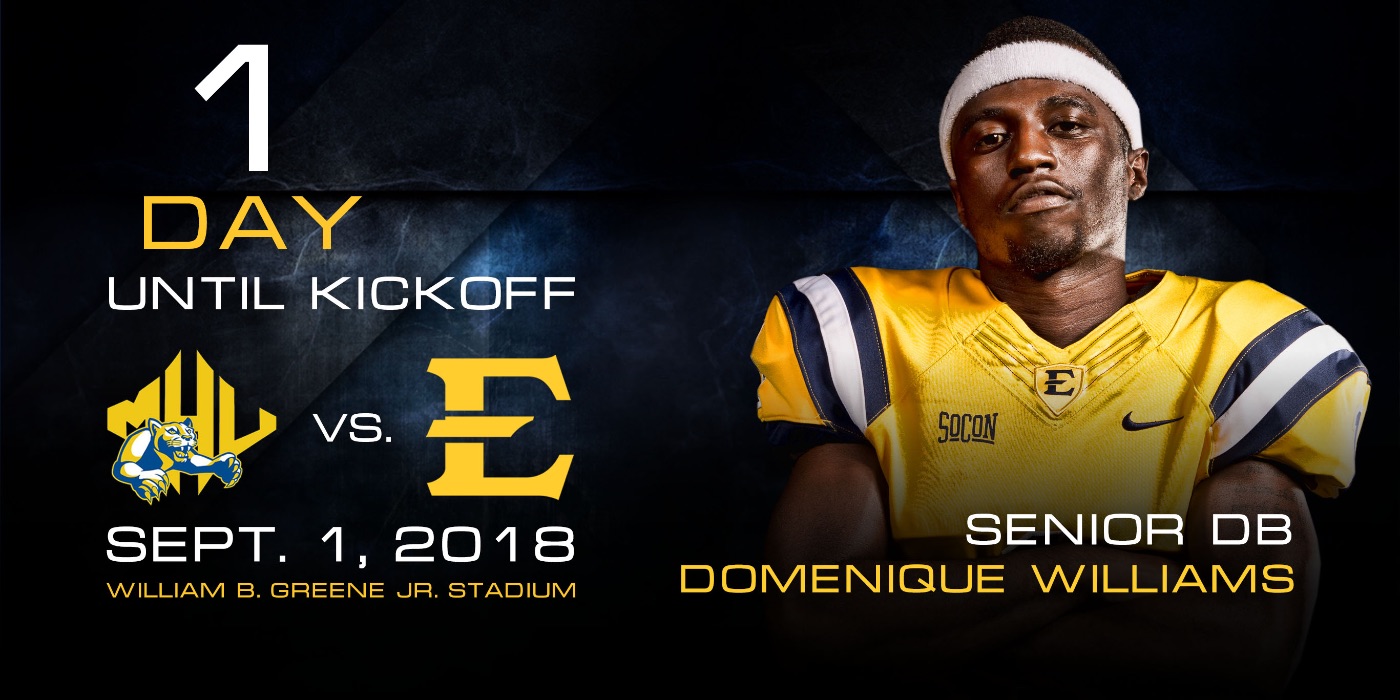 JOHNSON CITY, Tenn. (Aug. 31, 2018)– As ETSU football approaches kickoff for the 2018 campaign, ETSUBucs.com will count down the days by featuring the program’s 21 seniors on the site and via social media throughout the summer months.

Today marks the final day until the Buccaneers open the season against Mars Hill on Saturday, Sept. 1 at William B. Greene, Jr. Stadium. Senior defensive back and No. 1 Domenique Williams (Charlotte, N.C.) is the 21st player to be featured in this special segment.

Williams has played in 30 of the 33 games for the Blue and Gold over the past three seasons, while etching his name into the Buccaneer record book. In the 2015 season, Williams broke ETSU’s single-season kickoff return record by totaling 850 yards, which ranked ninth among FCS players that season. A year later, Williams ranked third in the SoCon with 472 kickoff return yards, while last season, the Buccaneer defensive back posted a 33-yard interception return for a touchdown at No. 1 James Madison. Williams became the first ETSU player to accomplish the feat since Nov. 15, 2003, when Allen Davis returned an interception 90 yards in a home win over Chattanooga. For his career, Williams has registered 44 tackles and 1,627 all-purpose yards. Williams’ 1,592 career kickoff return yards place him third all-time in program history.