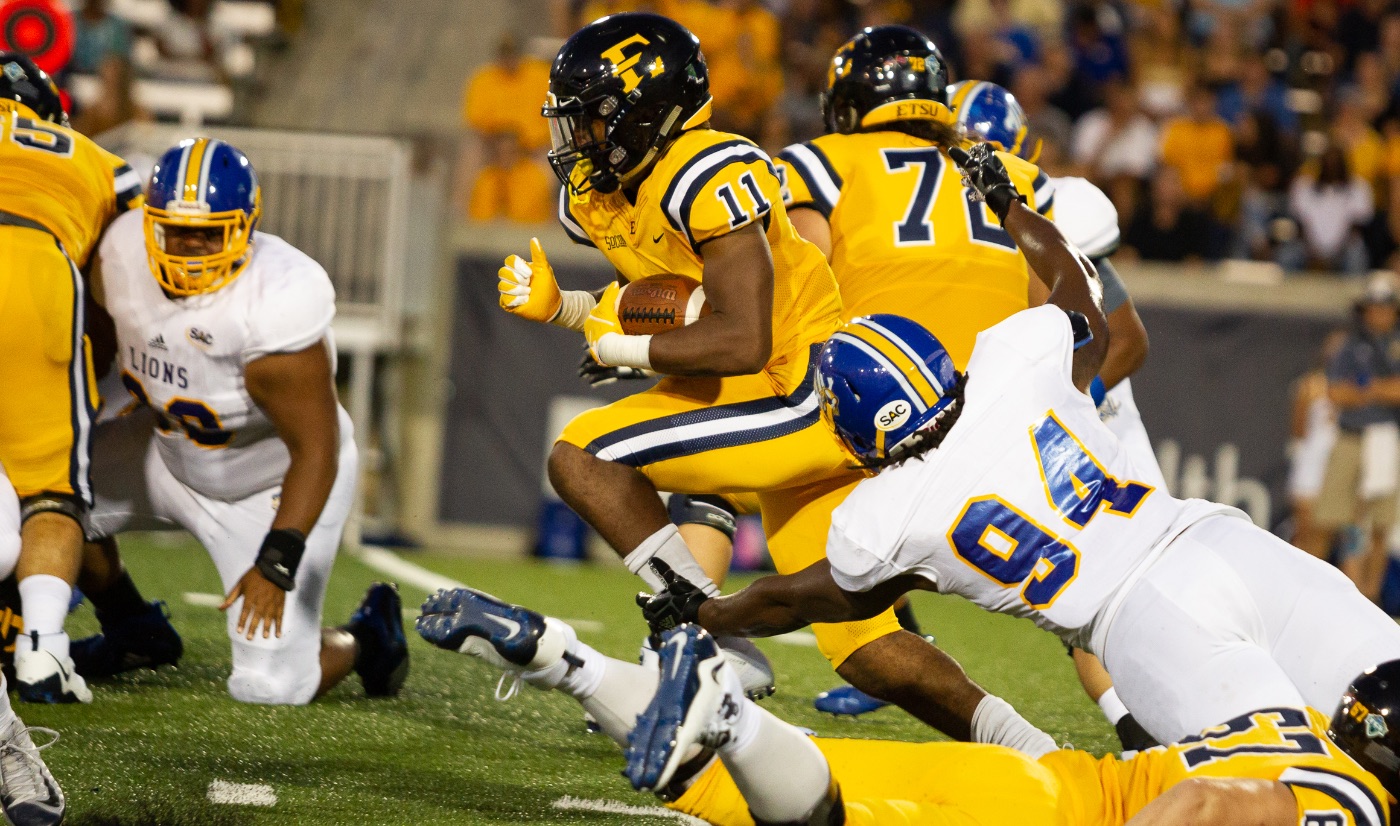 JOHNSON CITY, Tenn. (Sept. 1, 2018) -- Overcoming three turnovers and its share of adversity throughout the night, the ETSU football team gave first-year head coach Randy Sanders a victory in his debut, as the Buccaneers scored 28 unanswered points Saturday night to drop Mars Hill 28-7 inside a sold out Williams B. Greene Jr. Stadium.

With the win, the Bucs will take a 1-0 record into its first-ever meeting with in-state Southeastern Conference foe Tennessee. Kickoff for that matchup with the Volunteers is set for 4 p.m. next Saturday and the game will air nationally on the SEC Network. Meanwhile, the Lions dropped to 0-1 on the young season.

The game got off to a slow start for the Bucs, who found themselves trailing 7-0 with just over a minute left in the first half. However, at that point the momentum in the contest turned as ETSU needed just four plays to cover 69 yards and score for the first time in the game. That positive energy carried over to the second half, where the Bucs outscored the Lions 21-0.

With the win, ETSU has collected victories in three of four openers since returning to the gridiron in 2015.

The Bucs will hit the road for back-to-back road games over the next two weeks, beginning with a trip to Knoxville to take on the University of Tennessee for the first time in program history. Kickoff is set for 4 p.m. inside Neyland Stadium next Saturday.