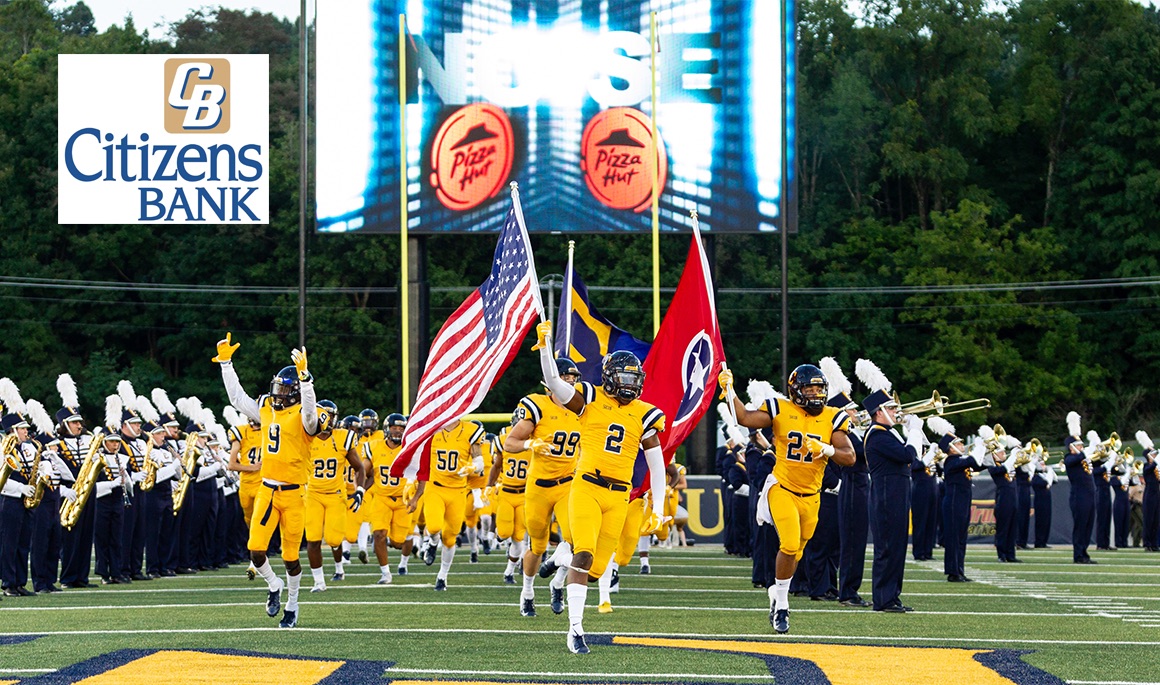 JOHNSON CITY, Tenn. (Sept. 6, 2018) – As ETSU football gears up for its first-ever trip to Neyland Stadium to take on Tennessee on Saturday, Sept. 8, the ETSU Department of Intercollegiate Athletics released Thursday a list of the Top 5 “Things to Know” presented by Citizens Bank.

No. 3 – Pregame Tailgate: A pregame tailgate will be hosted by the ETSU National Alumni Association, ETSU Foundation President's Circle, and the ETSU Knoxville Alumni Club, beginning at 1 p.m. on Saturday at McClung Tower near Neyland Stadium. This event will be a One Stop Tailgate with a catered pregame meal by Calhoun's. Cost for the meal is $30 for adults and $10 children 10 years and younger. Click herefor more information.

No. 5 – Watch Party: Fans from the Tri-Cities area that are unable to make the trip to Knoxville can still watch the game with their group of Buccaneer fans, as Wild Wing Café in downtown Johnson City will be holding an official watch party on Saturday afternoon.