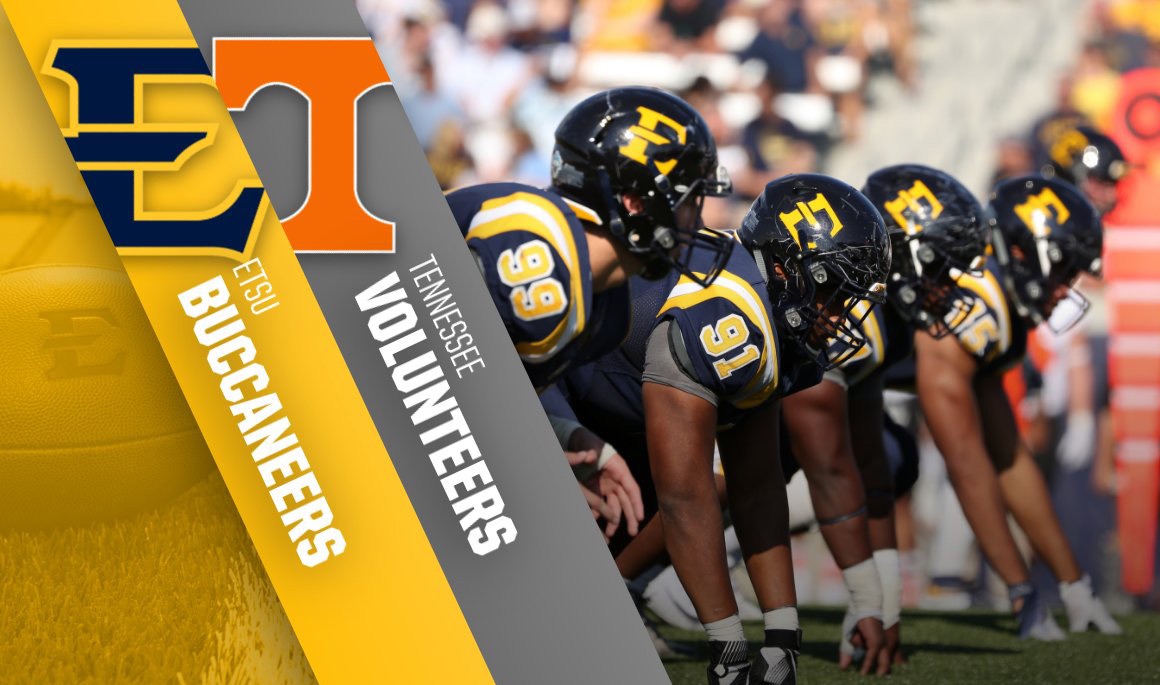 JOHNSON CITY, Tenn. (Sept. 8, 2018) – Coming off its season-opening win last weekend, the ETSU football team hits the road as the Buccaneers take on Tennessee inside Neyland Stadium on Saturday afternoon. Kickoff is set for 4:01 p.m., and will be broadcast on the SEC Network.

Saturday’s game will be broadcast on SEC Network with the team of Taylor Zarzour (play-by-play), Matt Stinchcomb (color) and Kris Budden (sideline reporter) providing the call.