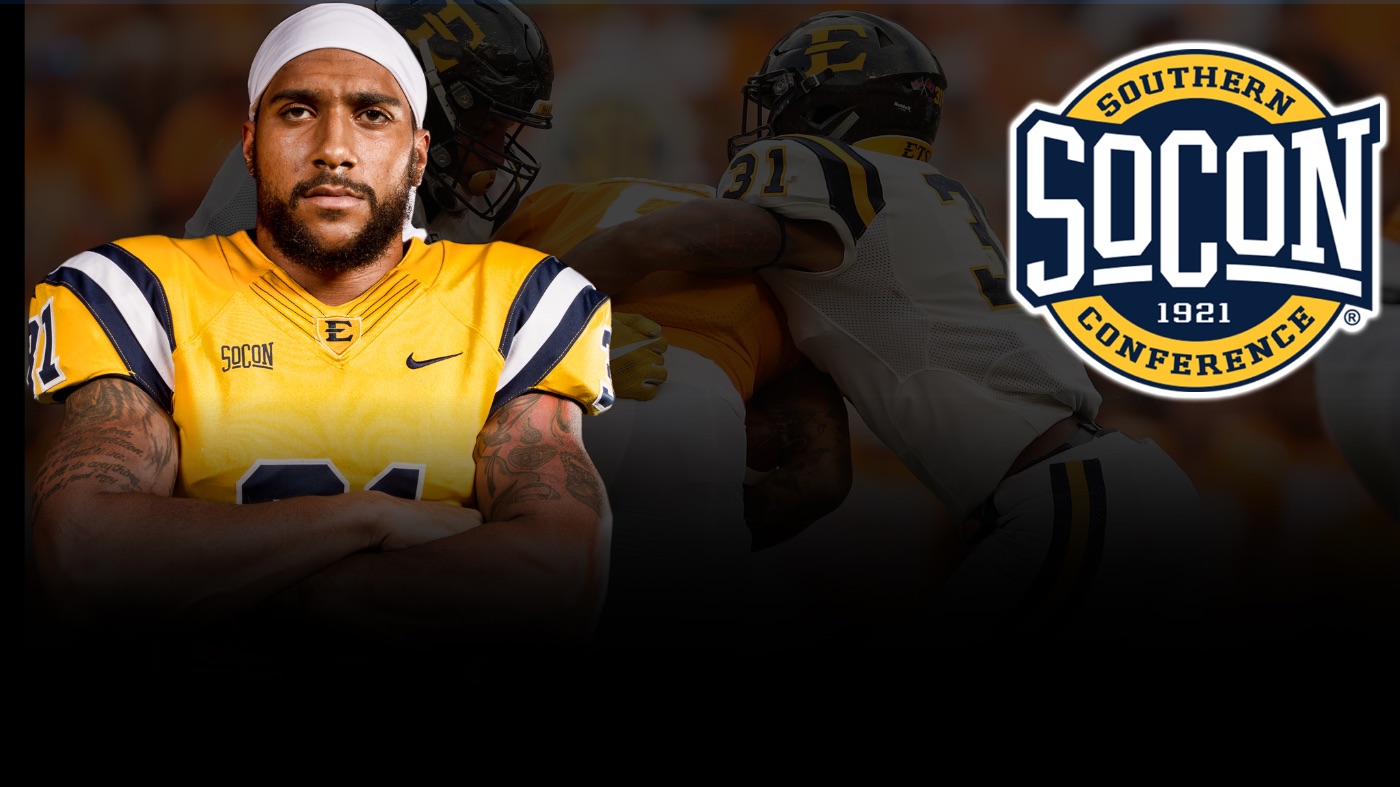 Buccaneer linebacker posts eight tackles, 3.5 sacks, one interception and one forced fumble in win at VMI

Folks led the Bucs with eight tackles, 3.5 sacks, an interception and one forced fumble in Friday’s 27-24 win at VMI. The Buccaneer linebacker was one of five Buccaneers to record an interception in the game, which was one shy of tying the single-game program record. Folks also helped hold the Keydets to -28 rushing yards, which is the second-fewest rushing yards allowed by an FCS team this season.

Folks had 3.5 of the Bucs’ eight sacks, which marked the most since recording eight in last season’s win over Robert Morris. The 3.5 sacks are the most by a SoCon player since Furman’s Mitch McGrath totaled four against Chattanooga on Oct. 29, 2011, while ranking fourth in program history.

ETSU’s win at VMI marked the Bucs’ first SoCon road win since defeating Western Carolina 27-7 back on Sept. 28, 2002. Following the victory, the Bucs improved to 2-1, 1-0 in conference play.

Folks and the Bucs return to action this Saturday when ETSU opens a three-game homestand against Furman. Kickoff is set for 7:30 p.m. inside Greene Stadium.