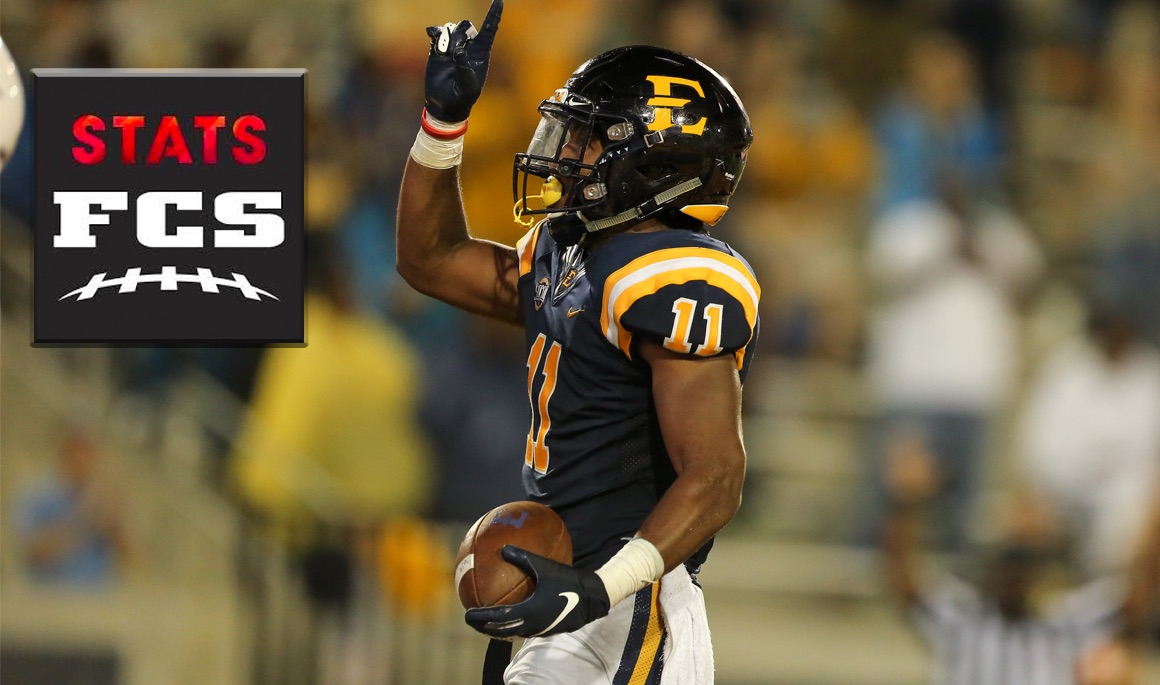 Holmes totaled 22 carries for 102 rushing yards and two touchdowns in the Bucs’ 29-27 win over Furman on Saturday night at Greene Stadium. Holmes – who totaled his second 100-yard career rushing game in just his fourth collegiate contest – also added four receptions for 14 yards and had three kickoff returns for 45 yards.

The Buccaneer running back capped off a 9-play, 93-yard scoring driving with a two-yard run in the third quarter, while he also scored on the Bucs following possession via a 12-yard carry to pull ETSU within seven, 27-20 at the 8:27 mark of the fourth quarter. Overall, Holmes totaled 161 all-purpose yards in the win over the Paladins.

ETSU continues its homestand this weekend as the Bucs host in-state rival No. 20 Chattanooga on Saturday, Sept. 29. Kickoff is set for 7:30 p.m. at Greene Stadium. For tickets, please call 423-439-3878 or click hereto purchase them online.