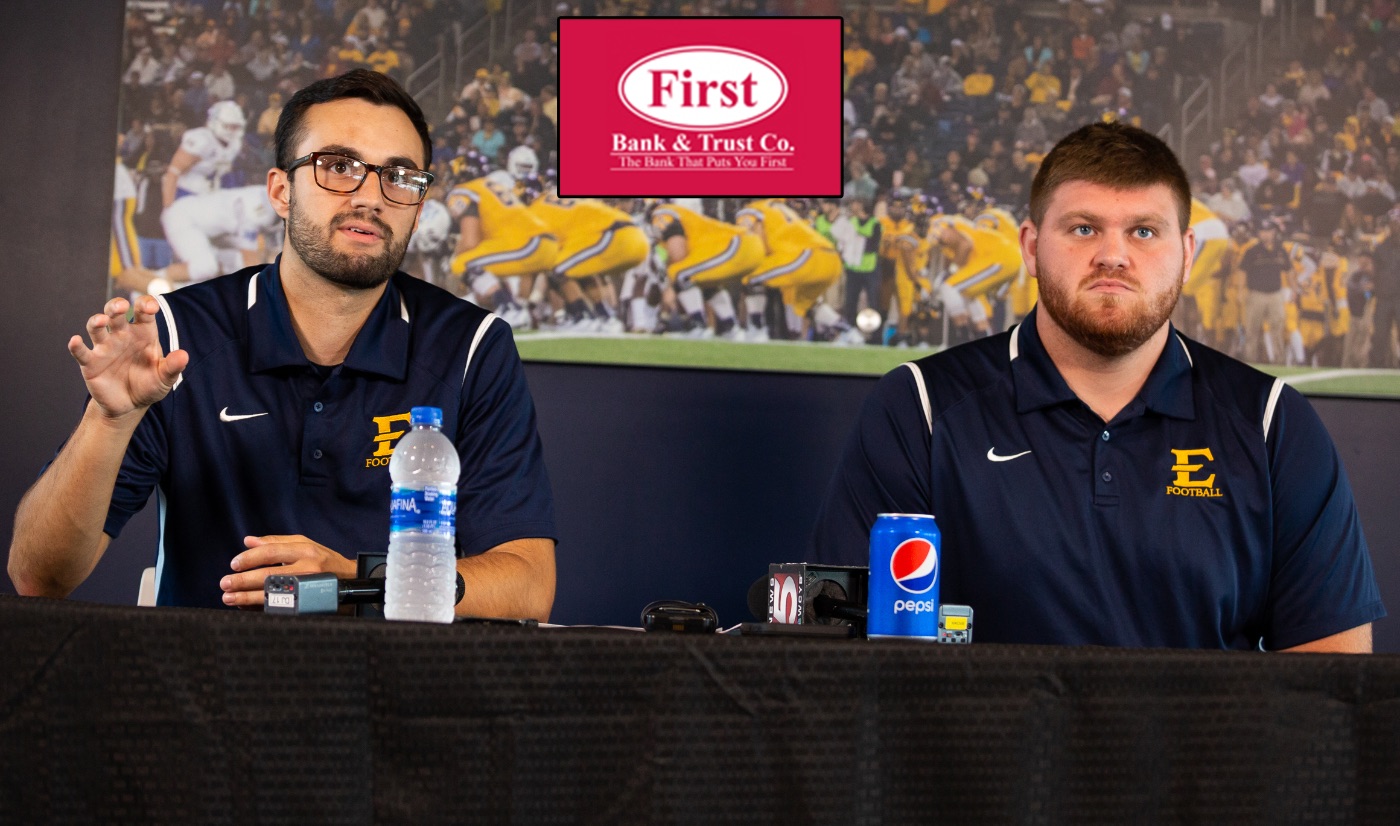 JOHNSON CITY, Tenn. (Sept. 24, 2018) – The ETSU football team continues its three-game homestand this weekend as the Buccaneers host No. 20 Chattanooga this Saturday at Greene Stadium. Kickoff is set for 7:30 p.m.

Below are comments from Coach Sanders, Jerman and Pyke.

ON THE COMEBACK WIN VS. FURMAN

During the game, I knew we had time. It was getting to a point where we couldn't waste time anymore. I felt like we had let some opportunities get away from us. We had had a few mistakes on defense that allowed them to have some drops, but they we're a good football team. Furman created some problems for us, particularly on offense. I like the way the defense played. I like the way they competed. Offensively, we just couldn't get out of our own way there for a long time. It was good to finally take advantage of some of the opportunities we had. It was good to see the team do what I keep trying to preach. You always play the next play as if the scoreboard's 0 - 0. You can't get too excited, you can't get too down. You just have to play. Hopefully, the way the game turned out will help reinforce that message.

ON THE OFFENSE GETTING BETTER

Our offense will get better as the season goes on… I really felt like that was the case. I do feel like we're getting better. We're not getting better as fast as I would like, but we are getting better. We've been able to run for over 100 yards in the first four games. Obviously, that has helped us a lot and that is part of the reason we're 3-1. If we run for 100 yards again this week, then that certainly will improve our chances. The defense is doing a good job. That's helping us get to that point.

ON THIS POINT OF THE SEASON

Chattanooga is a good football team. I've watched pretty much all their games on each side of the ball. Offensively they do a nice job. Their quarterback does a nice job, they have a receiver that's really good. They have some big offensive linemen that know how to play. Defensively, other than Tennessee, they're probably the biggest defensive line we've played and they are good in the secondary. They have some transfers on their team from other universities. They have a lot of guys that have been in some big games.

They have a lot of guys on their team that have played a lot of football, so it's going to be a huge challenge for us. I like our football team. I'm ready to go take our at-bats and see how we do. If we can play like we did the second half (of Furman) on both sides of the ball, and in the kicking game, I think we have a great chance. If we play like we did in the first half last weekend, it's going to be a long evening.

ON THE STARTING QUARTERBACK THIS WEEK

It'll be decided during practice. Logan was the starting quarterback going into last week’s game, but I felt like we needed to make a change. How it shakes up this week will be determined in practice. Whatever is decided, it doesn't mean it's set in stone. We are going put the best guy out there that gives us the best chance to win. At the beginning of the season, we felt like Logan (Marchi) gave us the best chance to win, so that was the decision we made. Austin (Herink) obviously made a statement on Saturday night.

ON BELIEVING YOU CAN WIN

It's amazing how often, if you believe you're going to win, you will win. We have to win enough that we can build that belief in ourselves, there's no question. Once you believe you're going to win, you win a lot of games. I know there for a long time in the 90s, early 2000s, at Tennessee, we beat people because our guys thought they were going win. Honestly because the other team thought we were going win, you know? And when the other team has that doubt in their mind or believes that may be the case, that's when you have a chance to do something special. Right now we're still learning how to win. We're still trying to build that belief in our own minds, and it takes time to get that done in other people's minds.

Tremond is a good football player, but he's also bought in to what we're trying to preach and what we're trying to sell as a coaching staff. There's one play in particular, I remember seeing Saturday night in the single film where he made the tackle about 30, 35 yards down the field. I don't remember watching tape last year and seeing Tremond playing with that kind of effort, chasing the ball that hard. It was good to see him doing that. Coach Daye's done a great job of getting that through to him, but he's also bought into it.

ON BREAKING THE FIELD GOAL RECORD

Honestly, I didn't even realize I did it in the game. It was funny because Austin (Herink) came up to me. He was like, "Congratulations," after I made the first one. I didn't know what he was talking about. He kept saying it throughout the game. Then we got to halftime, and he's like, "You know you broke the record, right?" I was like, "Honestly, I didn't even realize it." It's good to have my name in the record book, but I think it will mean more once my career is over because right now I focus on going out and doing what I'm supposed to for the team.

ON REBOUNDING FROM EARLY STRUGGLES

It was a surprise to me to go out there and miss that first kick in the season opener vs. Mars Hill. I've been doing this for so long. I feel confident every time I touch the field. Focus-wise, going into that game (Mars Hill) maybe I just wasn't fully focused like I should have been. It was good to have an eye-opening experience like that, because it's forced me to focus every day of practice. Because you can never get lazy. I wouldn't say that's how I was in that game, but it just helped me stay focused and to focus on doing my job for the team – rather than just being a selfish player. I feel like in the past, all I ever cared about was just going out there, making the kick and then coming off the field. But it's more than that. It's more of just me going out and doing my job and everybody else has to do their job. So, if I'm missing field goals, I'm not doing my job.

In our locker room, it just says opportunity five and we don't think about who we're playing, it's more of just the fact that we are playing another game. Of course, it's a big game. I mean, last year, we lost to them in a game that still kind of stings a little bit. But this year, this game is a lot bigger, because it's at home. It's the first time we've played Chattanooga in Greene Stadium. It’s going to be a white out. We both wear the same colors, so basically we are fighting for our part of the state – and that's big. It's more than just a SoCon game, it's a rivalry game and we're excited for that.

ON IMPROVEMENTS WITH THE OFFENSIVE LINE

It's really just confidence. We really believe that when we get on the field we can play with anybody. We're confident that we're going to be able to run the ball, and that's something that we've really lacked the entire time I've been here. We tell ourselves we could do it. This season we're really buying into what the coaches are teaching us. We're confident in our entire team and our coaching staff, and that they're going to put us in the right position to make a play.

ON THE FIRST OFFENSIVE TOUCHDOWN VS. FURMAN

It was a big confidence boost. It's hard going into halftime and not scoring a touchdown. It's kind of like we had a sigh of relief after that first touchdown.

ON THE COACHES MAKING THE CHOICE AT QB

We're confident in both quarterbacks. I have a lot of chemistry with Austin (Herink). I've played a lot of games with him, but we're confident in the coaching staff’s decision to put the right guy out there. We have to do our job every play and execute the game plan.

It's awesome to play this game. It means a lot to both schools. We want it to become the rivalry that it should be.. As players, we try to approach it like Coach Sanders preaches, ‘it's the next game.’ It's game number five, so we have the opportunity to go out there and play our best football.