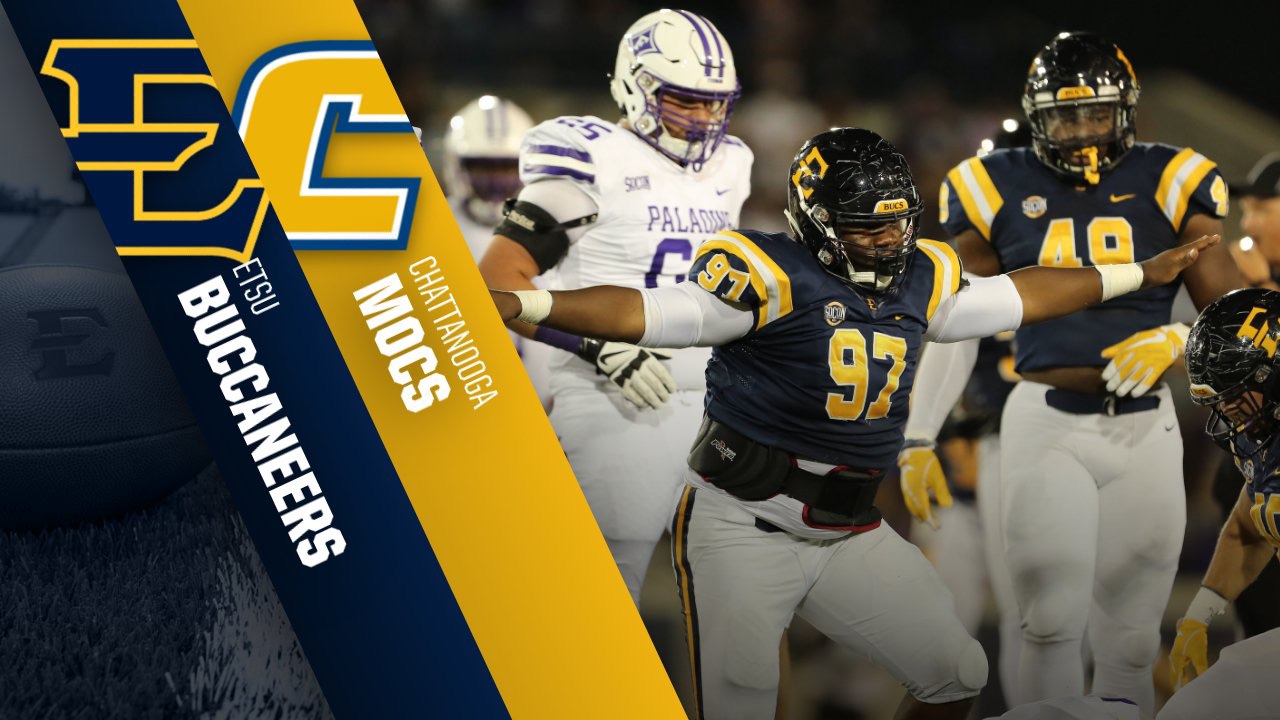 JOHNSON CITY, Tenn. (Sept. 29, 2018) – The ETSU football team eyes its third straight win on Saturday night when the Buccaneers host No. 24/20 Chattanooga. Kickoff is set for 7:30 p.m. inside Greene Stadium.

Saturday’s game will be broadcast live on ESPN+ with David Jackson providing play-by-play, while former Buccaneer quarterback Mark Hutsell serves as the color analyst and Kasey Marler will be the sideline reporter.

The broadcast team of “Voice of the Bucs” Jay Sandos, color analyst and former ETSU defensive back Adam Walton, and studio hosts Mike Gallagher, Trey Adams and Don Helman will provide ETSU fans all the information they need to complement their game-day activities.

Tickets for Saturday’s game are still available … Tickets can be purchased online or on gameday at the ticket gate … Single-game tickets range between $25-30.