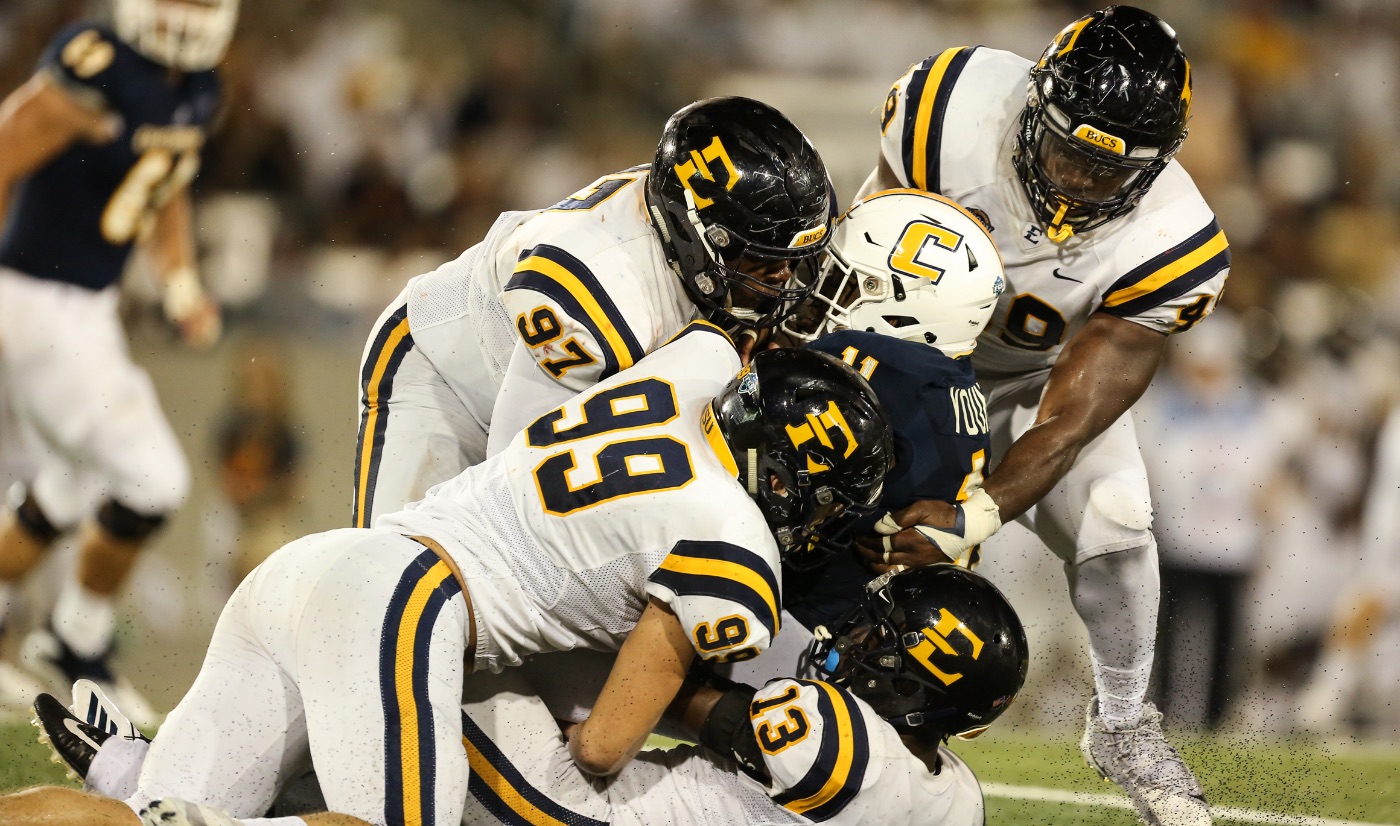 Putting together a decisive first-half performance that saw the ETSU football team force three turnovers and take a 17-0 lead into the halftime locker room, the Buccaneers ultimately held off a fourth-quarter rally by  No. 20-ranked Chattanooga to drop their longtime rival 17-14 Saturday evening inside Greene Stadium. With the win, the Bucs will retain the new Rail rivalry trophy which was introduced earlier this week and will go to the winner of the contest each year.

More importantly, in a battle of teams tied atop the Southern Conference standings, the Bucs now move to 4-1, 3-0 in league play, while the Mocs dropped to 4-1, 2-1. A crowd of 9,277 – the second largest in Greene Stadium history – looked on as ETSU defeated the Mocs for the first time since rejoining the SoCon back in 2015. The team is also off to its best overall start since the 1999 season at 4-1, and it is the first time since 1999 that the Bucs have been 3-0 in SoCon play.

That 1996 team advanced to the national playoffs.

The win did not come easy despite an impressive first half performance by the Bucs. Chattanooga scored touchdowns twice in the fourth quarter and had a final possession with 1:27 left in regulation, but were facing a daunting task as the ball sat at their own 5-yard line following a clutch punt by ETSU’s Marion Watson(Waxhaw, N.C.). ETSU’s defense, which had held a strong Mocs’ offense in check for three quarters and ended the night relinquishing just 321 yards to a highly-touted UTC offense, made the final decisive stand by stopping the Mocs at midfield as time expired.

Offensively, senior quarterback Austin Herink (Cleveland), who came off the bench last week to rally the Bucs past Furman, got the start after much speculation throughout the week concerning that specific position. He finished with 171 yards through the air and a touchdown.

The Bucs will remain at home for the third game in their current three-game home stand when they host non-conference foe Gardner-Webb for the annual Homecoming game 3:30 p.m. next Saturday inside Greene Stadium.