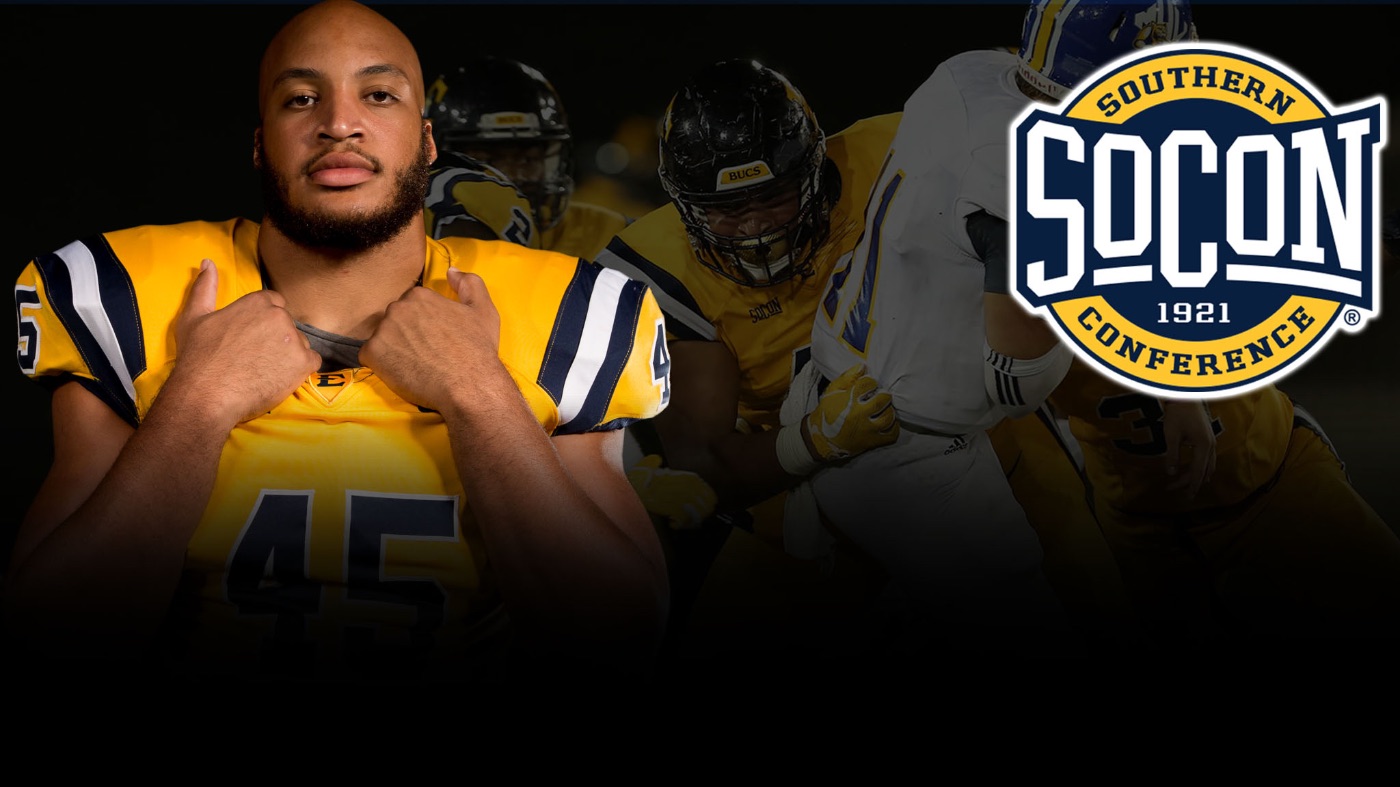 Player totaled six tackles (three solo), three sacks, two forced fumbles and three hurries in the Bucs’ 17-14 win over No. 24/20 Chattanooga on Saturday night in Greene Stadium. In the second quarter with ETSU leading 14-0 but UTC driving in plus territory, Player caused his first fumble and earned a sack on the same play. Later in the quarter, Player recorded another fumble on a sack, again squelching a long Chattanooga drive.

The Columbia, S.C. native led a Buccaneer defense that finished with five sacks and 12 tackles for loss – both marking season-highs for a Chattanooga opponent. The Bucs also held Chattanooga to season lows in offensive yards (321) and points.

ETSU wraps up its three-game homestand this Saturday when the Bucs host Gardner-Webb on Homecoming. Kickoff is set for 3:30 p.m. inside Greene Stadium.