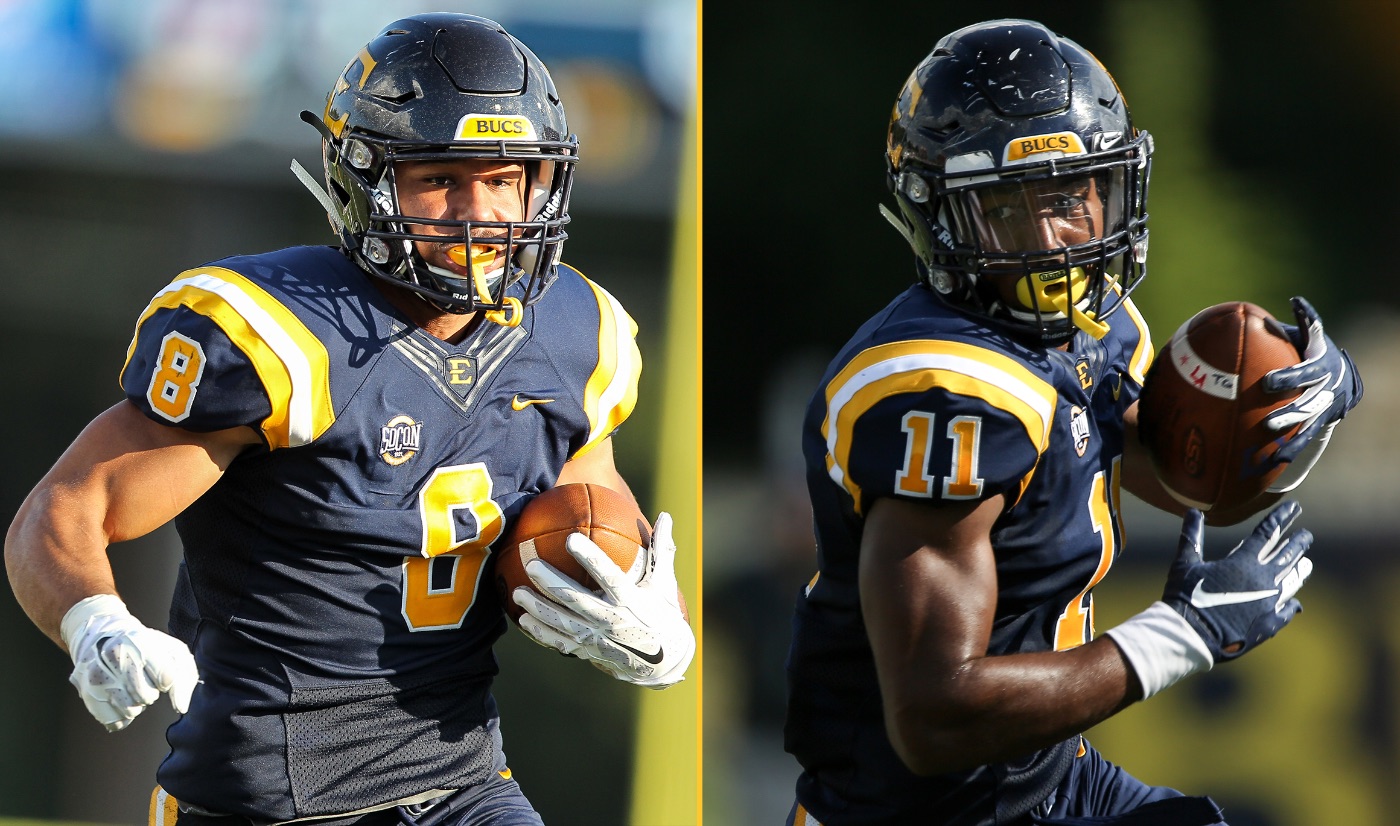 JOHNSON CITY, Tenn. (Oct. 6, 2018)– It may have been Homecoming, but the ETSU football team’s dominating 45-0 rout of Gardner-Webb Saturday afternoon inside William B. Greene Stadium would be more accurately described as historic.

With freshmen running backs Quay Holmes (Powder Springs, Ga.) and Jacob Saylors (Jasper) both eclipsing 100 yards rushing and combining to score five touchdowns, and the team’s defense collecting its first shutout since a 44-0 win over Concord back on Sept. 4, 2003, the Buccaneers improved to 5-1 overall on the season and have won four straight contests for the first time since the 1999 season.

The Bucs, who entered the game just outside of the nation’s Top 25 in a pair of Football Championship Subdivision polls, did not miss on an opportunity to continue to impress the voters. Racking up 461 yards in total offense, ETSU’s much-improved rushing attack accounted for 217 of those gains, with Holmes finishing with 105 and Saylors with 101 yards on the night. Meanwhile, the defense held the Running Bulldogs to 221 yards – the lowest total for an opponent this season – and forced three turnovers on the night.

Adding more history to the game, the Bucs set the Greene Stadium record for points in a contest, and did so in front of a sellout crowd of 8,501 fans. It marked the seventh sellout in 10 games since opening the venue last season. The Bucs are also now 8-2 in those contests.

While Holmes had three scoring runs and Saylors added a pair, the Bucs also got a touchdown jaunt from senior running back Matt Thompson (Morristown) and a 28-yard field goal from senior kicker JJ Jerman (Seymour) to account for the team’s scoring. Meanwhile, quarterback Austin Herink (Cleveland) had an efficient outing, connecting on 17-of-24 pass attempts for 184 yards.

In addition to those defensive highlights, the Bucs also grabbed three turnovers in the second half, which included the first career interceptions for sophomore defensive backs Tyree Robinson (Gainesville, Ga.) and Titus Tucker (Lenoir, N.C.), and a fumble recovery by fellow defensive back Karon Delince (Phenix City, Ala.).

The Bucs will now head on the road for two Southern Conference matchups over the next two weeks, beginning with a 2 p.m. showdown at The Citadel in Charleston, S.C., on Saturday, Sept. 13. The team will then head to Wofford for a 1:30 p.m. matchup with the Terriers on Sept. 20.