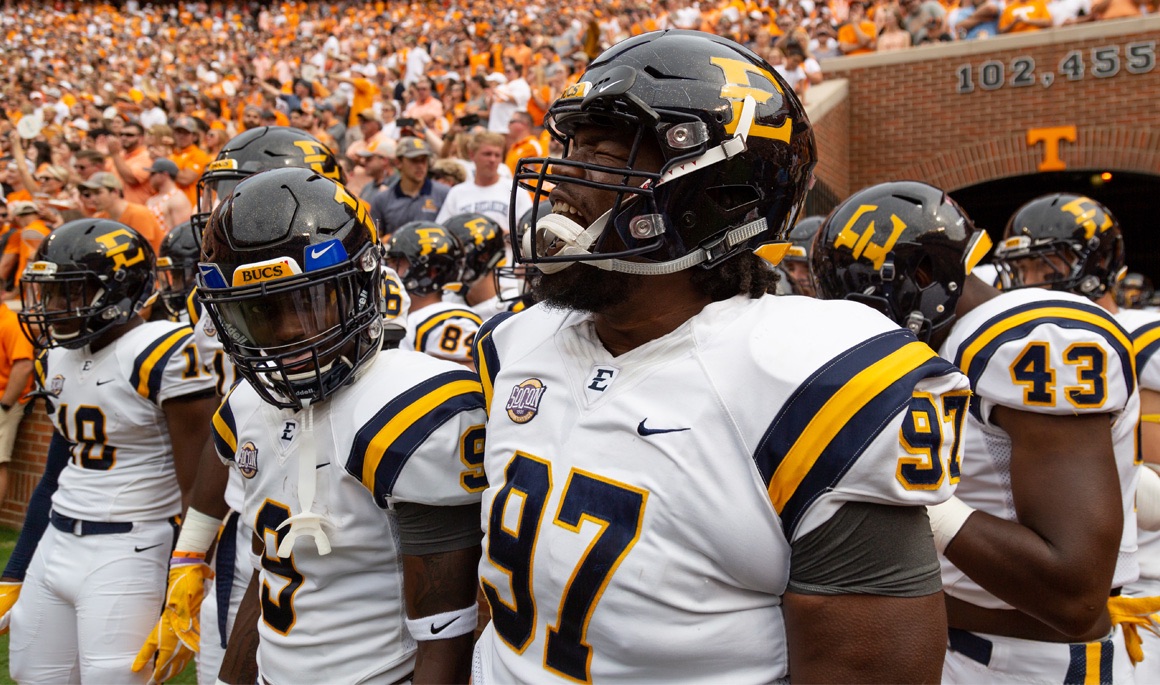 JOHNSON CITY, Tenn. (Oct. 8, 2018) – After receiving votes in the Top 25 the last two weeks, ETSU football has finally cracked through in both major polls. The Buccaneers are ranked No. 23 in the STATS FCS Top 25 Poll and No. 24 in the AFCA Coaches’ Poll, as both polls were released on Monday afternoon.

ETSU is off to its best start since opening that 1999 campaign 5-1, while the Bucs’ current four-game win streak also matches the best since beginning the 1999 season with four consecutive wins.

The Blue and Gold have not only caught the attention of the national voters, but their defense also tops all FCS teams in team tackles for loss (10.0) and total sacks (25), while also ranking third in rushing defense (70.5), sixth in turnovers gained (14), seventh in fumbles recovered (7) and 16th in total defense (297.3).

ETSU returns to SoCon play this weekend as the Bucs gear up for consecutive road games, beginning this Saturday at The Citadel. Kickoff is set for 2 p.m. inside Johnson Hagood Memorial Stadium.