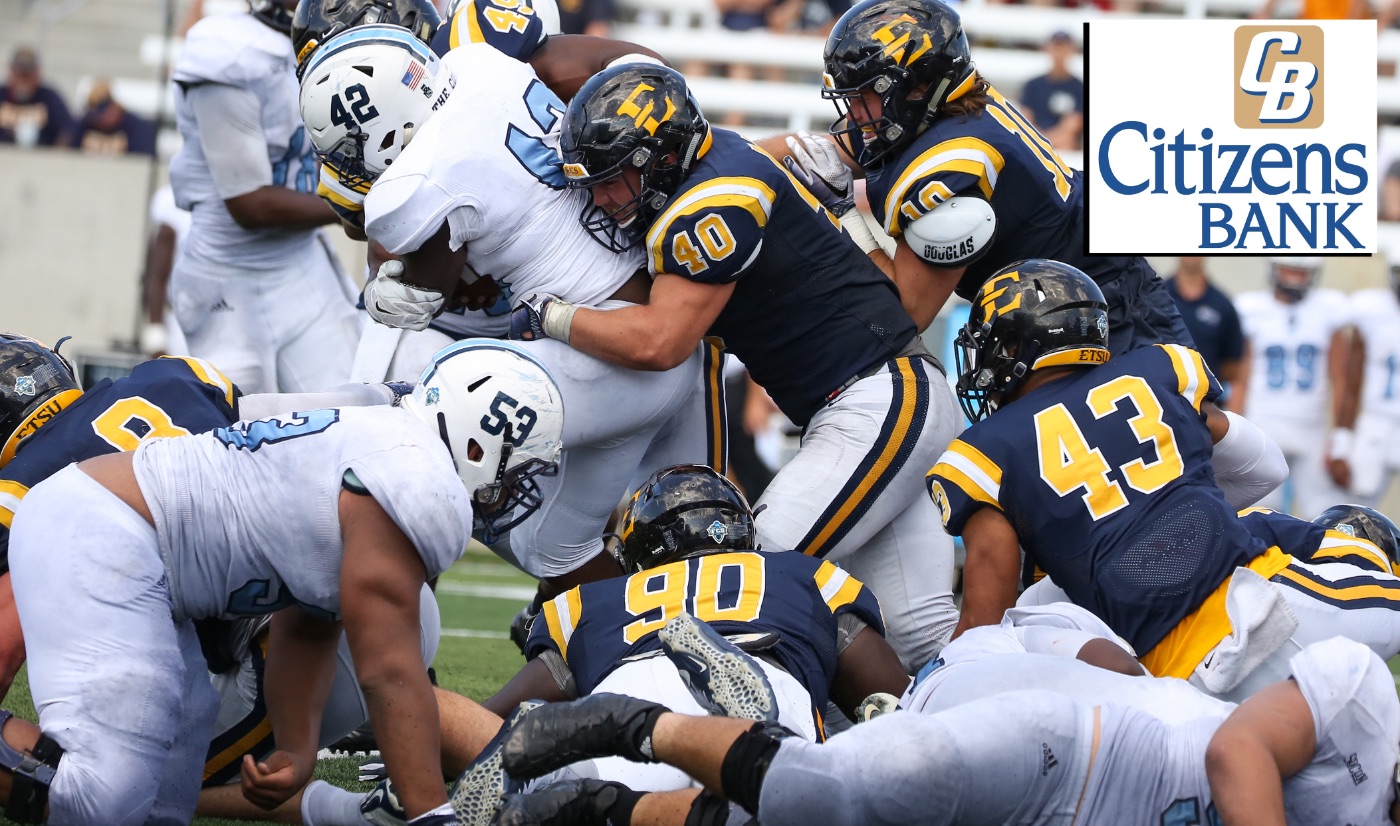 Top Five Things to Know for ETSU at The Citadel

CHARLESTON, S.C. (Oct. 11, 2018) – ETSU football begins a two-game Southern Conference road swing beginning this Saturday as the Buccaneers head to Charleston to take on The Citadel.

No. 1 – Kickoff Time: The Bucs and Bulldogs will kickoff at 2 p.m. Saturday afternoon inside Johnson Hagood Memorial Stadium.

The broadcast team of “Voice of the Bucs” Jay Sandos, color analyst and former ETSU quarterback Matt Wilhjelm, and studio hosts Mike Gallagher and Trey Adams will provide ETSU fans all the information they need to complement their game-day activities.

No. 3 – Series History: Saturday marks the 27th all-time meeting between ETSU and The Citadel with the Bucs holding a 15-11 lead in the series. … The Bulldogs hold a slight 7-6 advantage in games played in Charleston … The Bucs’ longest win streak in the series is a four-game stretch, which happened twice from 1981-84 and 1993-96, while the Bulldogs won three consecutive games from 1990-92 … The Blue and Gold have won seven of the last 12 meetings, including a 56-34 win in 1994 … ETSU’s largest win in the series came in 1983 when the Bucs shutout The Citadel, 45-0, while the Bulldogs’ largest win was the 45-10 win in 2016… Jonathan Godfrey connected on a 22-yard game-winning field goal on Nov. 22, 2003, lifting the Bucs to a 16-13 victory, which at the time marked the final football game for the Bucs until they reinstated the program in 2015.

No. 4 – A Buccaneer Win Would: A Buccaneer win on Saturday would mark ETSU’s 350th victory in program history, while it would mark the Bucs’ best six-game start to a season since starting 8-1 in 1996 (ETSU’s best start in program history was in 1969 when the Bucs won their first six games en route to going 10-0-1 and defeating Terry Bradshaw’s Louisiana Tech squad 34-14 in the Grantland Rice Bowl) … A win would also be the Bucs’ fifth straight victory, which would be the team’s longest streak since rattling off seven straight games from Sept. 14-Nov. 2, 1996 … A Buccaneer win would also be their fourth straight SoCon victory, marking their longest conference win streak since the 1996 squad won six straight games … ETSU’s three-game SoCon win streak matches the longest since the Bucs won their final two SoCon games in 2003 and then defeated Western Carolina in their return to the league in 2016.

No. 5 – Party Like It’s 1999: After receiving votes in the Top 25 the last two weeks, ETSU football has finally cracked through in both major polls. The Buccaneers are ranked No. 23 in the STATS FCS Top 25 Poll and No. 24 in the AFCA Coaches’ Poll, as both polls were released on Monday afternoon. The Bucs, who are off to a 5-1 start (3-0 in the Southern Conference), are ranked for the first time since the program returned in 2015. ETSU was last ranked on Oct. 30, 1999, when the Bucs were No. 18.