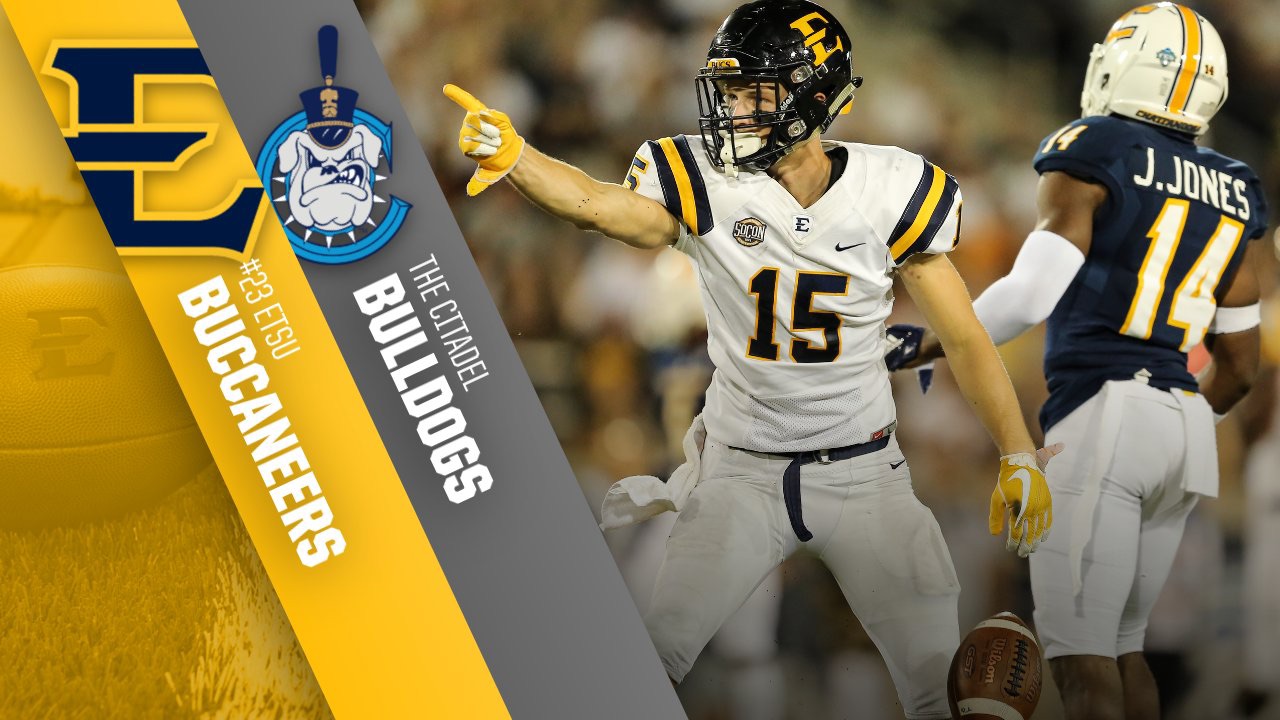 GAMEDAY LINKS: No. 23 ETSU VS. THE CITADEL

CHARLESTON, S.C. (Oct. 13, 2018) – The No. 23 ETSU football team heads to Charleston, S.C., to take on The Citadel in Southern Conference play on Saturday afternoon inside Johnson Hagood Stadium. Kickoff is set for 2 p.m.

Saturday’s game will be broadcast live on ESPN3 with Kevin Fitzgerald (play-by-play), Dominique Allen (color) and Danielle Hensley (sideline) on the call.

The broadcast team of “Voice of the Bucs” Jay Sandos, color analyst and former ETSU quarterback Matt Wilhjelm and studio hosts Mike Gallagher and Trey Adams will provide ETSU fans all the information they need to complement their game-day activities.

In addition to following the Bucs on your mobile device and/or tablet with live audio and video, fans can get up-to-the-minute stats by following the action via CitadelSports.com.