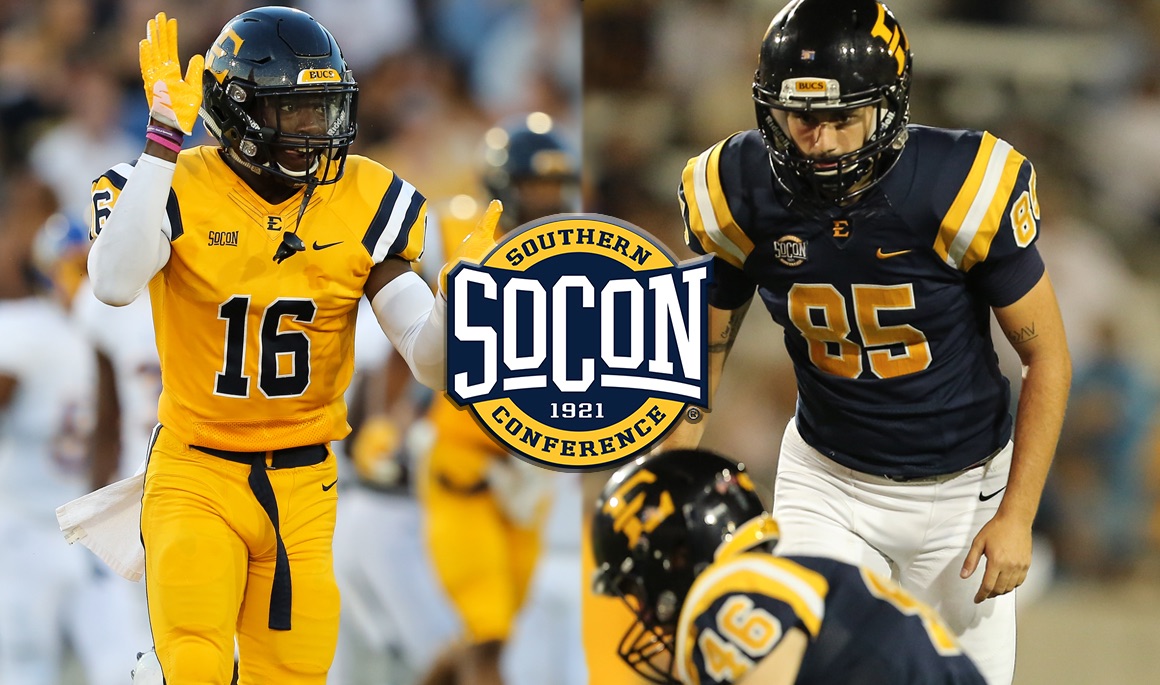 Robinson, the third Buccaneer player to receive the defensive award this season, totaled a career-high eight tackles, two interceptions – one for a 42-yard touchdown return – and one tackle for loss in the Bucs’ 26-23 win at The Citadel on Saturday.

Robinson’s first interception came at a critical moment as the Bulldogs were driving deep into ETSU territory and the Buccaneer defensive back picked off a Jordan Black pass at the seven-yard line to stop the drive and kept the Bucs’ 16-9 lead intact with less than three minutes remaining in the third quarter. The Gainesville, Ga. native then provided the knockout punch when his second interception with less than two minutes remaining was returned for the score to give the Blue and Gold the 26-16 lead. Robinson now has three interceptions in his last two games and the Bucs improved to 10-3 when forcing two or more turnovers since the return of the program in 2015.

Jerman had a career game in Saturday’s win as he made all four field goal attempts en route to finishing with 14 points. The Buccaneer senior kicker set a new personal best with his four field goals, while tying the program record as he joined Pat Crust (1992) and Herbie Campbell (1984) as the only ETSU players to accomplish the feat. Jerman’s four field goals are the most in one game by a SoCon kicker this season, while they are tied for the second-most by an FCS kicker this year. Jerman made field goals from distances of 46, 40, 31 and 36, respectively, while his first field goal of 46 yards marked a season best. Jerman also had four kickoffs for 247 yards (61.8 average) on Saturday.

The Bucs return to action this Saturday when ETSU takes on No. 12 Wofford in Spartanburg. Kickoff is set for 1:30 p.m. inside Gibbs Stadium.