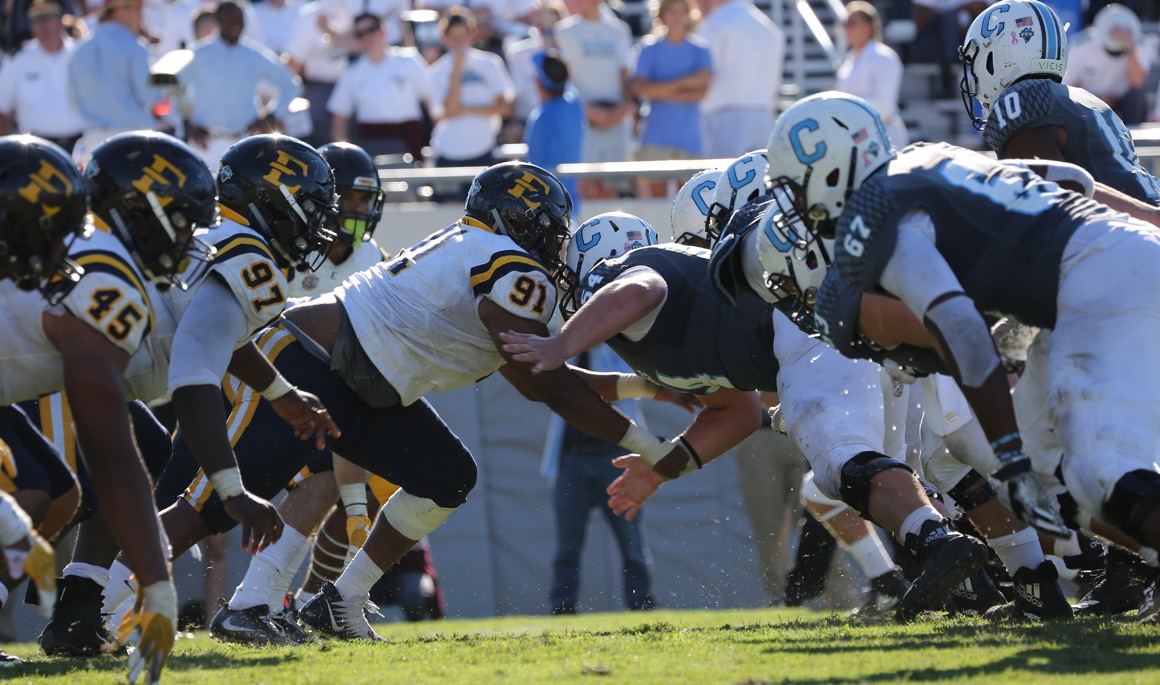 Bucs ranked No. 21 in both AFCA FCS Coaches Poll and STATS FCS Poll

JOHNSON CITY, Tenn. (Oct. 15, 2018) -- Following Saturday’s road win at The Citadel, the ETSU football team climbed up in the national polls, as both were released on Monday afternoon.

The Bucs are now ranked No. 21 in both the AFCA FCS Coaches and STATS FCS Top 25 Polls. ETSU, who cracked both polls for the first time this season last week, moved up three spots in the coaches poll and two spots in the media poll.

ETSU enters Saturday’s Southern Conference game against No. 12 Wofford atop the league standings as the Buccaneers are 6-1 overall, 4-0 in SoCon play. The Bucs are on the midst of a five-game win streak, while securing their first winning season since the return of the program in 2015 with last Saturday’s win.

Kickoff with the Terriers is set for 1:30 p.m. inside Gibbs Stadium.