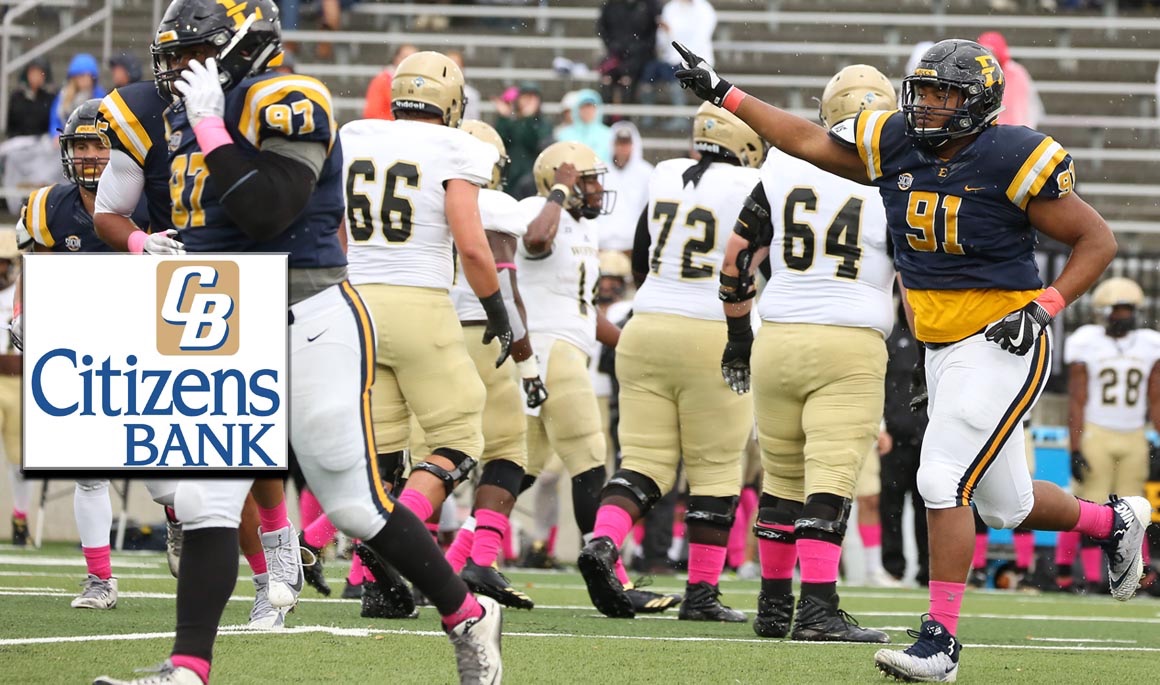 Top Five Things to Know for ETSU at Wofford

No. 1 – Kickoff Time: The Bucs and Terriers will kickoff at 1:30 p.m. Saturday afternoon inside Gibbs Stadium.

No. 3 – Series History: The all-time series is tied at 13-13, but Wofford has won the last seven meetings … This marks the 13th game played in Spartanburg and both teams have won six games each at Gibbs Stadium … ETSU’s last win over Wofford came in 1998 when the Bucs cruised to a 45-24 win in Johnson City … Wofford’s seven-game win streak over the Blue and Gold marks its longest streak in the series, while ETSU won five straight from 1962-66 for its longest in the series … The Bucs’ largest win all-time against Wofford was a 52-3 victory in 1986 – the 52 points also mark the most points by ETSU over the Terriers ... Wofford blanked the Bucs, 31-0, in the team’s last visit to Spartanburg, while the Terriers held on for a 31-24 win last year in Johnson City.

No. 4 – Top Two SoCon Defenses Set to Collide: The top two defenses in the Southern Conference will be on display Saturday in Gibbs Stadium … Wofford leads the conference in total defense at 270.2 yards per game, while the Bucs are second at 310.7 yards per contest … ETSU leads the league in rush defense at 89.4 yards per game and the Terriers are second at 93.2 … The Blue and Gold also lead the SoCon in pass defense efficiency (108.0) and Wofford is third at 120.3.

No. 5 – Common Opponents: ETSU and Wofford have played five common opponents this season – Citadel, Furman, Chattanooga, Gardner-Webb and VMI … The Bucs are 5-0 against those teams, with the Terriers going 4-1 (lost to Furman) … In those games, ETSU’s offense is averaging 331 yards (123 rushing/208 passing) and 28.8 points per game, while the Bucs’ defense is allowing 299 yards (84 rushing/215 passing) and 17.6 points per contest … Meanwhile, Wofford’s offense is averaging 509 yards per game (394 rushing/115 passing) and 33.4 points, while the defense is giving up 262 yards (94 rushing/168 passing) and 18.6 points per game against those same opponents … ETSU is plus-6 in turnover margin in these five contests, while outscoring opponents 45-21 off turnovers … Wofford is minus-4 in turnover margin and being outscored 35-14 off turnovers in the five games.

Tickets for Saturday’s game can be purchased by calling the Wofford ticket office at (864) 597-4090 or purchase tickets online by clicking here.