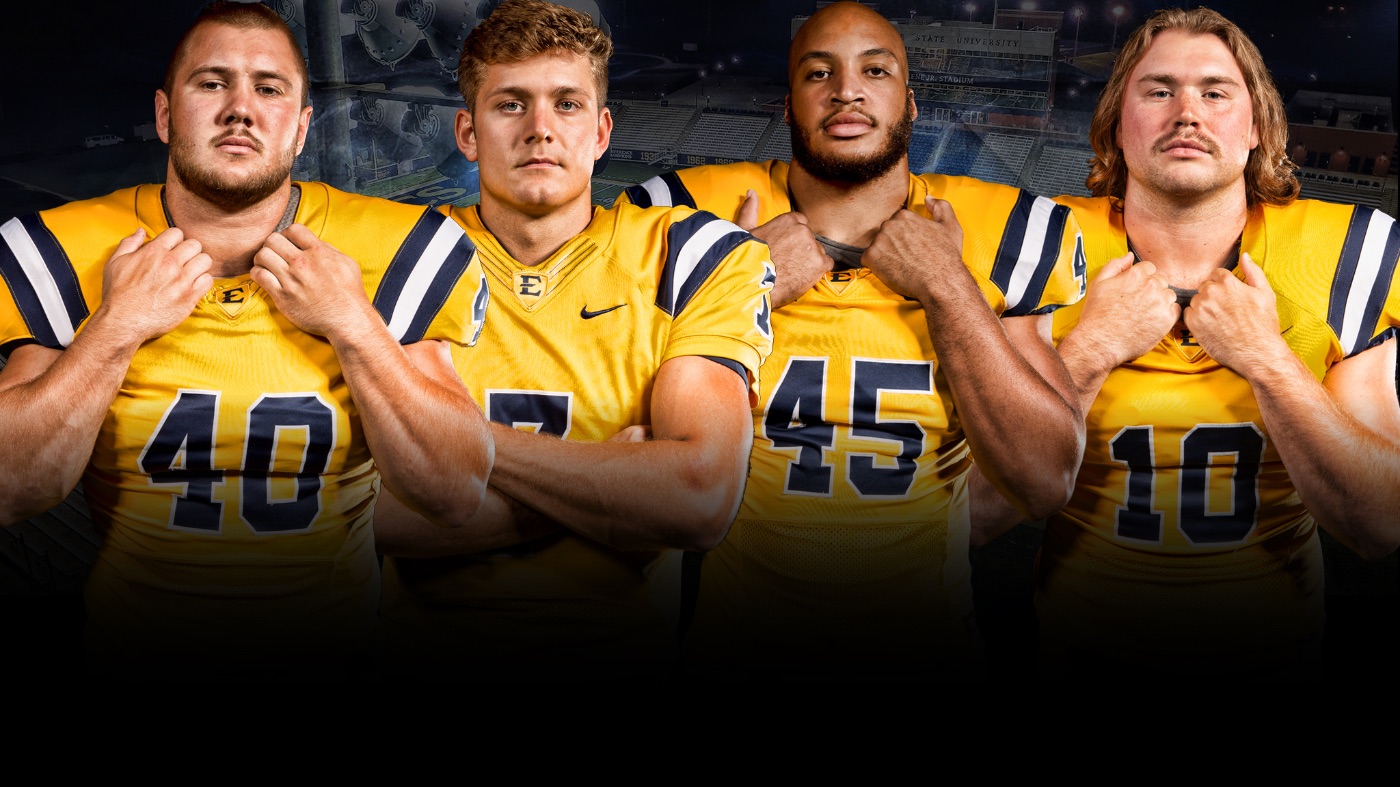 JOHNSON CITY, Tenn. (Oct. 24, 2018) -- The ETSU football team has elected team captains for the remainder of the season as head coach Randy Sanders announced the group on Wednesday.

Herink has played in 40 of the possible 41 games since the return of the program, including starting 37 of those contests. The Cleveland, Tenn. native ranks third all-time in ETSU history in total offense (6,412), passing yards (6,093) and completions (533) and seventh in passing touchdowns (30). Herink is also ranked among current active FCS leaders in passing yards (16th), total offense (18th) and completion percentage (21st, 59%).

Weigel has started all 41 games for the Blue and Gold since 2015 and is the active FCS leader in total tackles (389), solo tackles (193), assisted tackles (196) and total tackles per game (9.49). The Buccaneer linebacker ranks third all-time among ETSU players in tackles, and he’s on pace to become only the third player in program history to record 400 career tackles. The Pickerington, Ohio native has registered double-digit tackles in 23 of the 41 career games, including a career-high 20 during his freshman season against Emory & Henry, which ranks second-most in program history.

Gatewood has totaled 162 tackles, 23 tackles for loss and 5.5 sacks in 40 career games in the Blue and Gold. The Ooltewah, Tenn. native, who has started 38 games for the Bucs, has also recorded eight forced fumbles and two interceptions. Gatewood has registered at least one tackle in 38 games, including a career-high 10-tackle performance at Mercer in 2015.

Player, a 2018 member of the Buck Buchanan Award watch list, has played in 28 of the possible 30 games for the Bucs. Over his career, the Buccaneer defensive lineman has recorded 126 tackles, 28 tackles for loss, 13 sacks, three forced fumbles and one interception (returned for a touchdown). Player’s 13 sacks are the most among active ETSU players, while his three-sack effort in last year’s Homecoming win over Robert Morris ranks fifth-most in Buccaneer single-game history.

The 25th-ranked Bucs return to action this Saturday when ETSU hosts Western Carolina at Greene Stadium. Kickoff is set for 3:30 p.m.