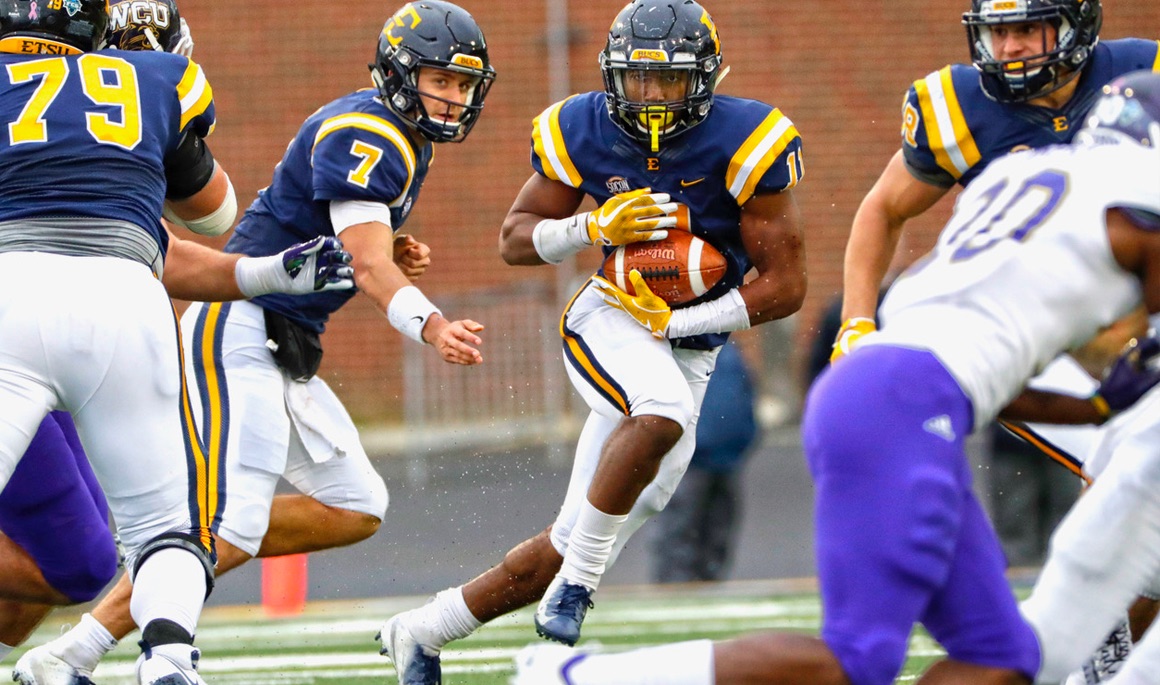 JOHNSON CITY, Tenn. (Oct. 27, 2018) -- For the fourth consecutive week, the ETSU football team remained ranked in the Top 25 polls as both sets of rankings were released on Monday.

The Bucs, coming off their thrilling 45-43 triple-overtime win over Western Carolina last Saturday, moved to No. 22 in the STATS FCS Poll and No. 23 in the AFCA FCS Coaches' Poll. ETSU was ranked No. 25 in both polls last week.

The Blue and Gold cracked the Top 25 for the first time back on Oct. 8, when ETSU was ranked No. 23 in the STATS FCS Poll and No. 25 in the Coaches Poll. The Bucs’ highest ranking came one week later when ETSU moved to No. 21 in both polls following its win at The Citadel.

ETSU improved to 7-2 overall, 5-1 in Southern Conference play following last weekend’s victory, which marks the most wins by a Buccaneer team since the 1997 campaign. The Bucs’ .778 win percentage tops all SoCon teams and is tied for the eighth-highest mark among FCS teams.

The Bucs will be back on the road in SoCon Conference play this weekend, traveling to Macon, Ga., to face Mercer at 3 p.m.