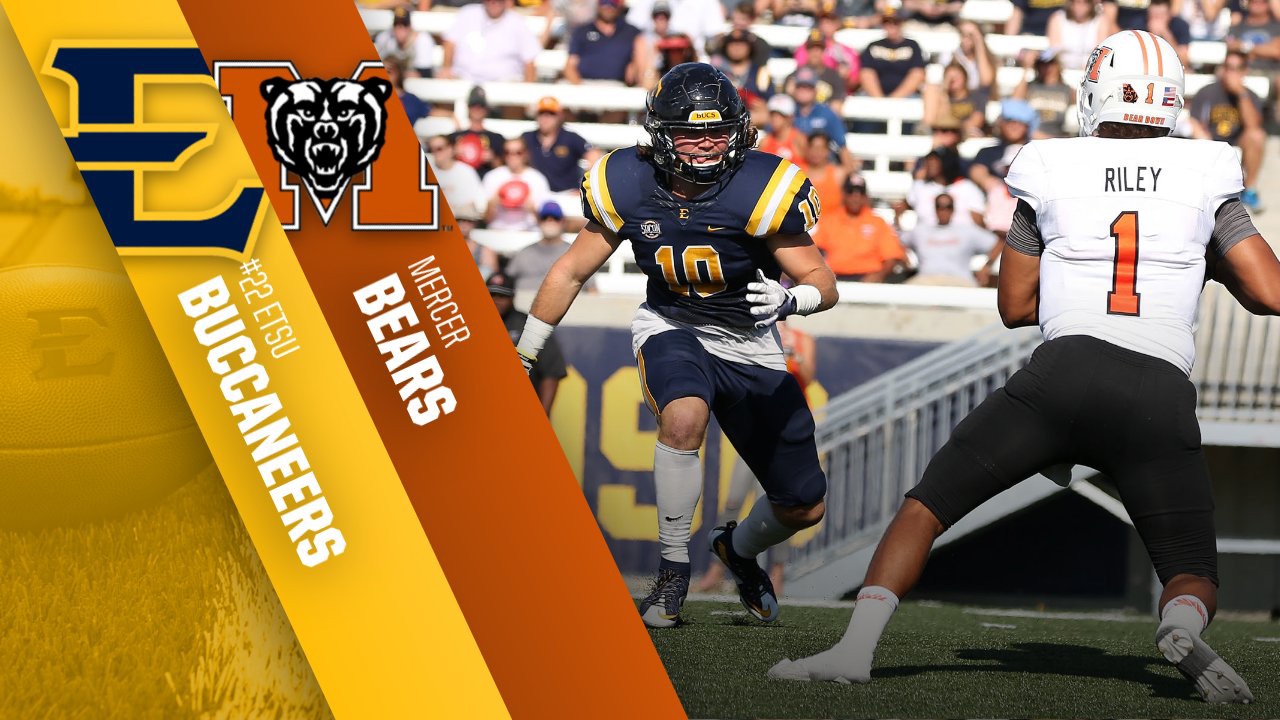 GAMEDAY LINKS: No. 22 ETSU VS. MERCER

MACON, Ga. (Nov. 3, 2018) – The No. 22 ETSU football team travels to Georgia to take on Mercer in Southern Conference action on Saturday afternoon at Five Star Stadium. Kickoff is set for 3 p.m.

Saturday’s game will be broadcast live on ESPN3 with Frank Malloy (play-by-play), Phil Cox (color) and Kristin Banks (sideline) on the call.

In addition to following the Bucs on your mobile device and/or tablet with live audio and video, fans can get up-to-the-minute stats by following the action via StatBroadcast. Fans can access live stats on their computers or mobile devices via MercerBears.com