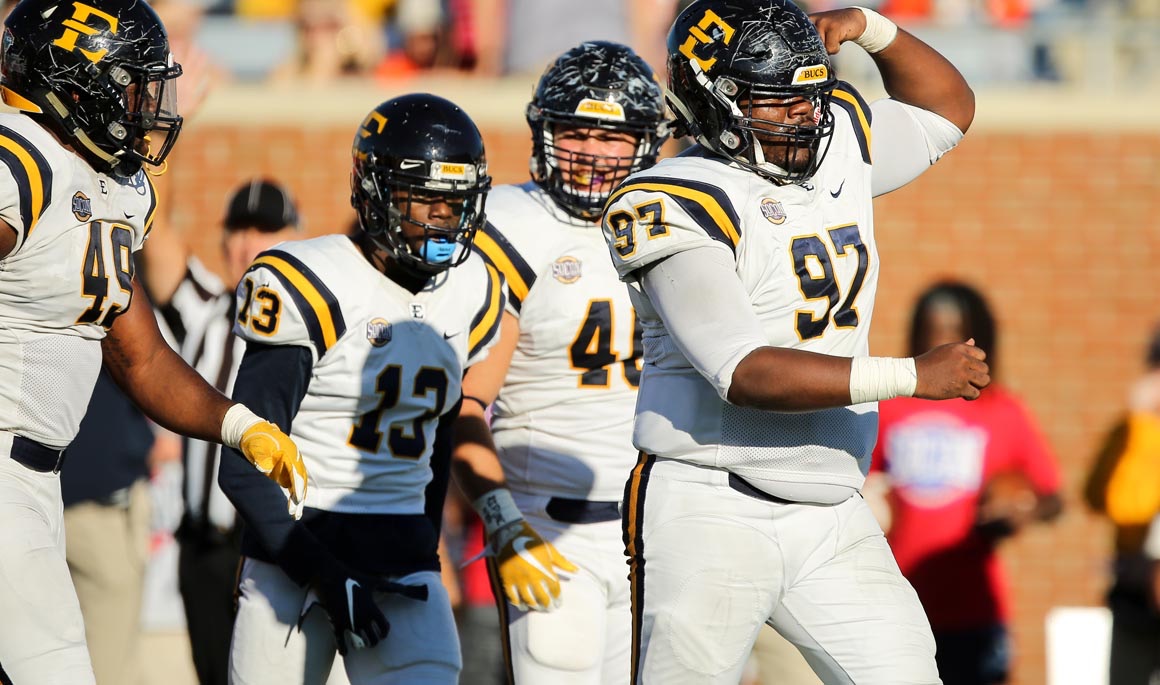 The Bucs, who secured at least a share of the Southern Conference title following their 21-18 win at Mercer last Saturday, moved to No. 17 in the AFCA FCS Coaches’ Top 25 Poll and No. 19 in the STATS FCS Top 25 Poll.

With last Saturday’s win, ETSU improved to 8-2 overall, 6-1 in the SoCon, which marks the third-most wins in single-season history and the most conference wins since going 7-1 in 1996 – the first and only time the Bucs have made the playoffs. Overall, the Bucs’ six conference victories have been by a total of 16 points.

ETSU’s .800 win percentage is tied for the eighth-highest mark among FCS teams, while the Bucs are one of only six FCS schools with at least eight wins this season.

ETSU has now been ranked in the top-25 for five straight weeks, with the Bucs making the largest move this week in the coaches poll as the Blue and Gold jumped six spots.

The Bucs wrap up regular season play next Saturday, Nov. 17 when ETSU hosts Samford at 1 p.m. in Greene Stadium. Should Samford, Wofford or Furman win this weekend, ETSU will be playing for a chance to win the outright SoCon championship next Saturday.