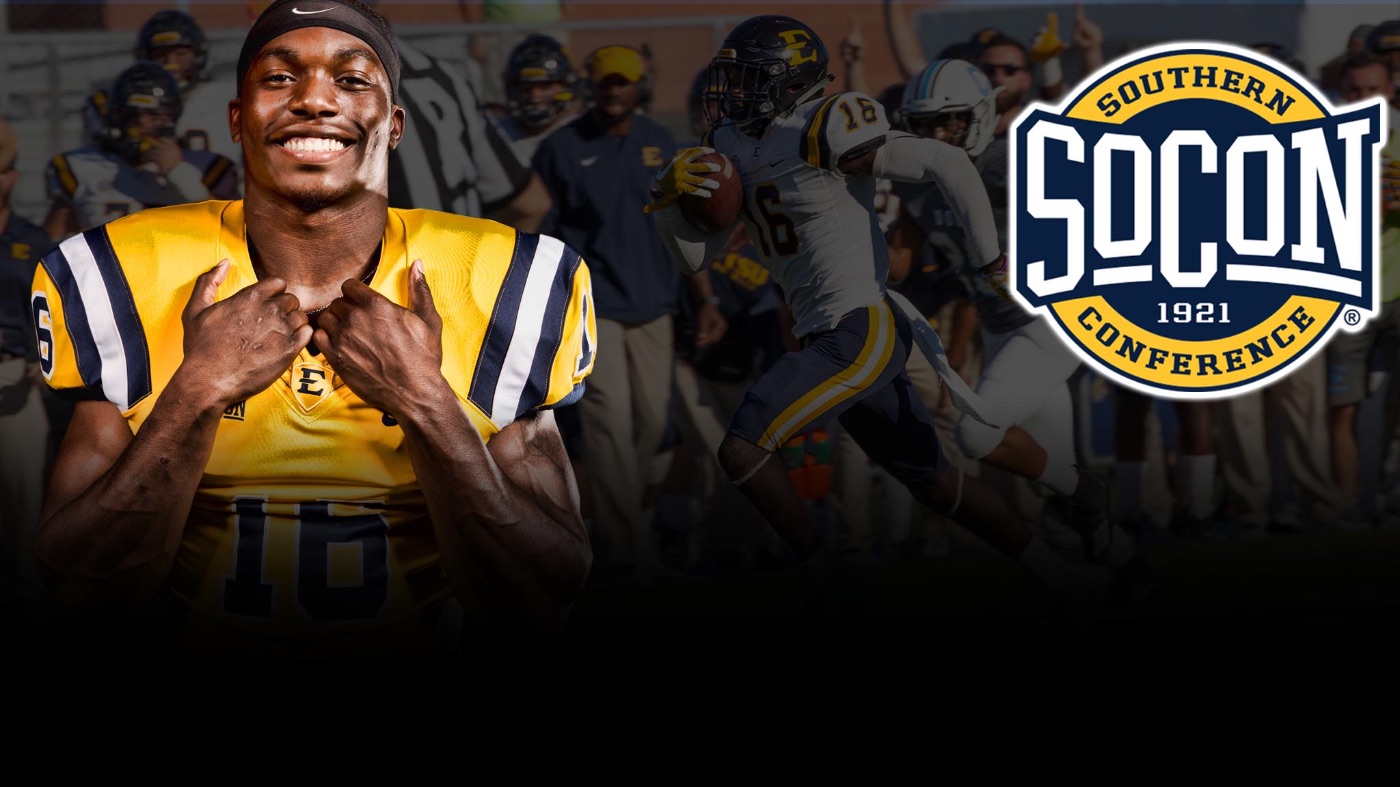 SPARTANBURG, S.C. (Nov. 6, 2018) -- The ETSU football team has picked up its second straight Southern Conference Defensive Player of the Month honor as sophomore defensive back Tyree Robinson (Gainesville, Ga.) earned the award for the month of October, the league office announced on Tuesday.

Robinson recorded 30 tackles, two tackles for loss, four interceptions (one return for touchdown) and one fumble recovery (for touchdown) in four games during the month of October in which the Bucs won three of their four games.Robinson was named SoCon Defensive Player of the Week and STATS FCS National Defensive Player of the Week following his 8-tackle, 2-interception (one returned for 42-yard touchdown) in the 26-23 win over The Citadel back on Oct. 13. The Buccaneer defensive back’s 42-yard TD return in the final minutes of the game put ETSU ahead by 10, 26-16. Robinson began the month with five tackles and his first collegiate interception in the 45-0 win over Gardner-Webb, marking the Bucs’ first shutout since blanking Concord back in 2003. The Gainesville, Ga. native posted an interception for a third straight game at Wofford, while also recovering a fumble in the end zone marking the second consecutive week with a touchdown for Robinson. Robinson then closed out the month by tallying a career-high nine tackles in the 45-43 triple-overtime win over Western Carolina.

Overall, Robinson registered at least eight tackles in three of the four games, while adding four interceptions in a three-game stretch from Oct. 6-20.

Robinson is the second straight Buccaneer to earn this honor, making ETSU the first SoCon school since Elon accomplish the feat in 2006. Linebacker Jared Folks (Harrisburg, Pa.) was tabbed the player of the month in September.

The Bucs wrap up regular season play next Saturday, Nov. 17 when ETSU hosts Samford at 1 p.m. in Greene Stadium. Should Samford, Wofford or Furman win this weekend, ETSU will be playing for a chance to win the outright SoCon championship next Saturday.