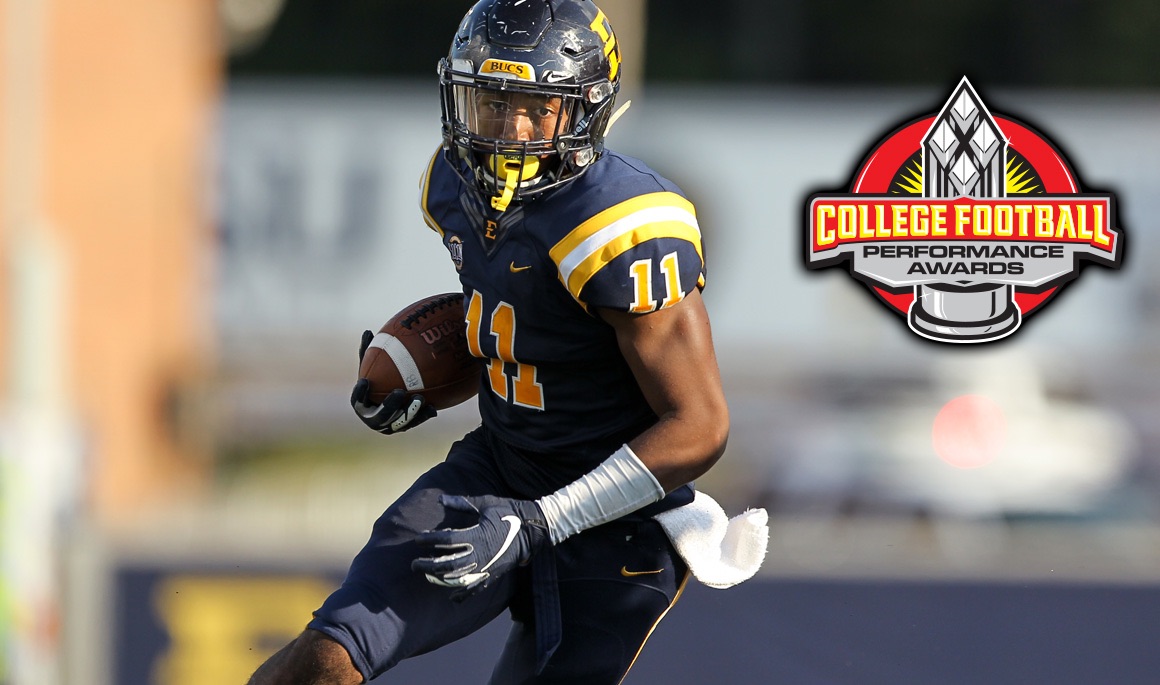 ETSU running back ranks fifth in FCS with 14 total touchdowns

Holmes is one of 32 players across the FCS level to be placed on the list, with the award winner being announced on Jan. 9, 2019.

Holmes is just the third player in ETSU history to rush for over 10 touchdowns in one season, while his 14 total touchdowns tops all Southern Conference running backs and wide receivers. The Buccaneer running back has recorded four 100-yard rushing games, including a 102-yard, 2-touchdown performance in the win over Furman, which led to Holmes being named STATS FCS National Freshman of the Week.

Holmes and the Bucs are gearing up for the 2018 regular season finale this Saturday when ETSU hosts Samford for the chance to win the SoCon championship outright. Kickoff is set for 1 p.m. inside Greene Stadium.