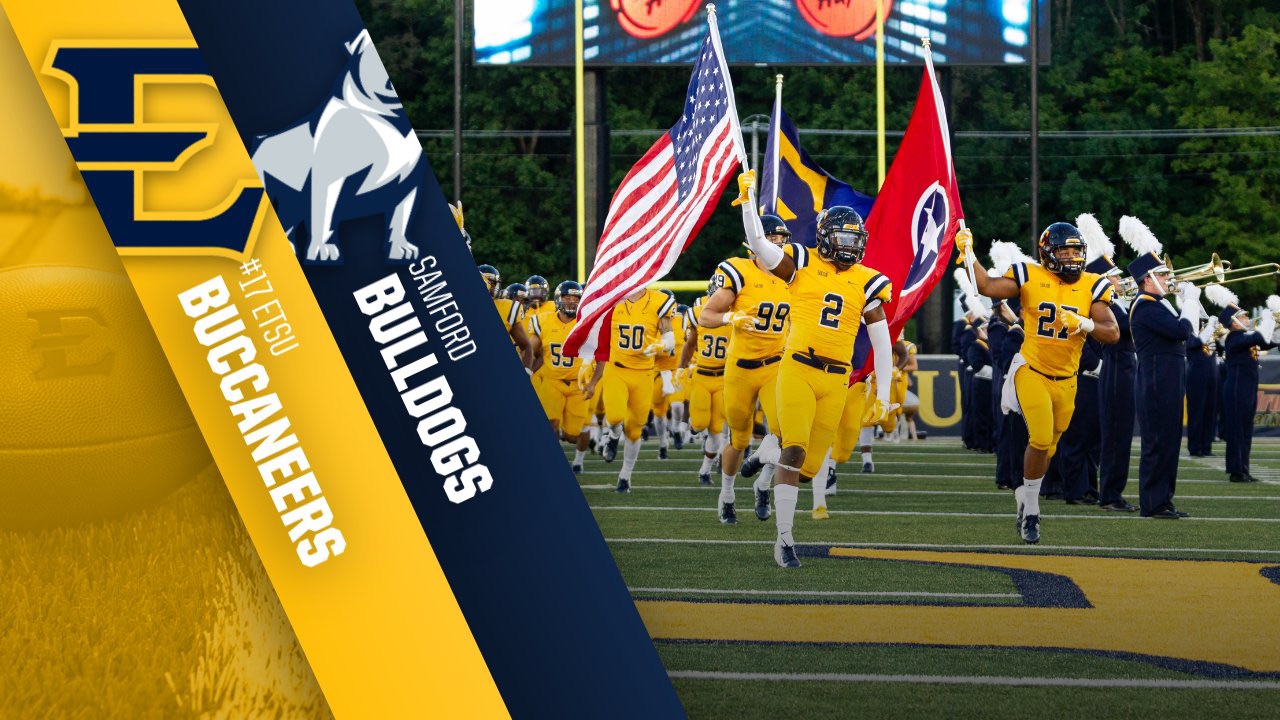 GAMEDAY LINKS: No. 17 ETSU vs. Samford

JOHNSON CITY, Tenn. (Nov. 17, 2018) – Following its bye week, the No. 17 ETSU football team returns to the gridiron as the Buccaneers host Samford for the right to win the outright Southern Conference title on Saturday afternoon. Kickoff is set for 1 p.m. inside Greene Stadium.

Saturday’s game will be broadcast live on ESPN3 with David Jackson (play-by-play), Mark Hutsell (color) and Kasey Marler (sideline) on the call.