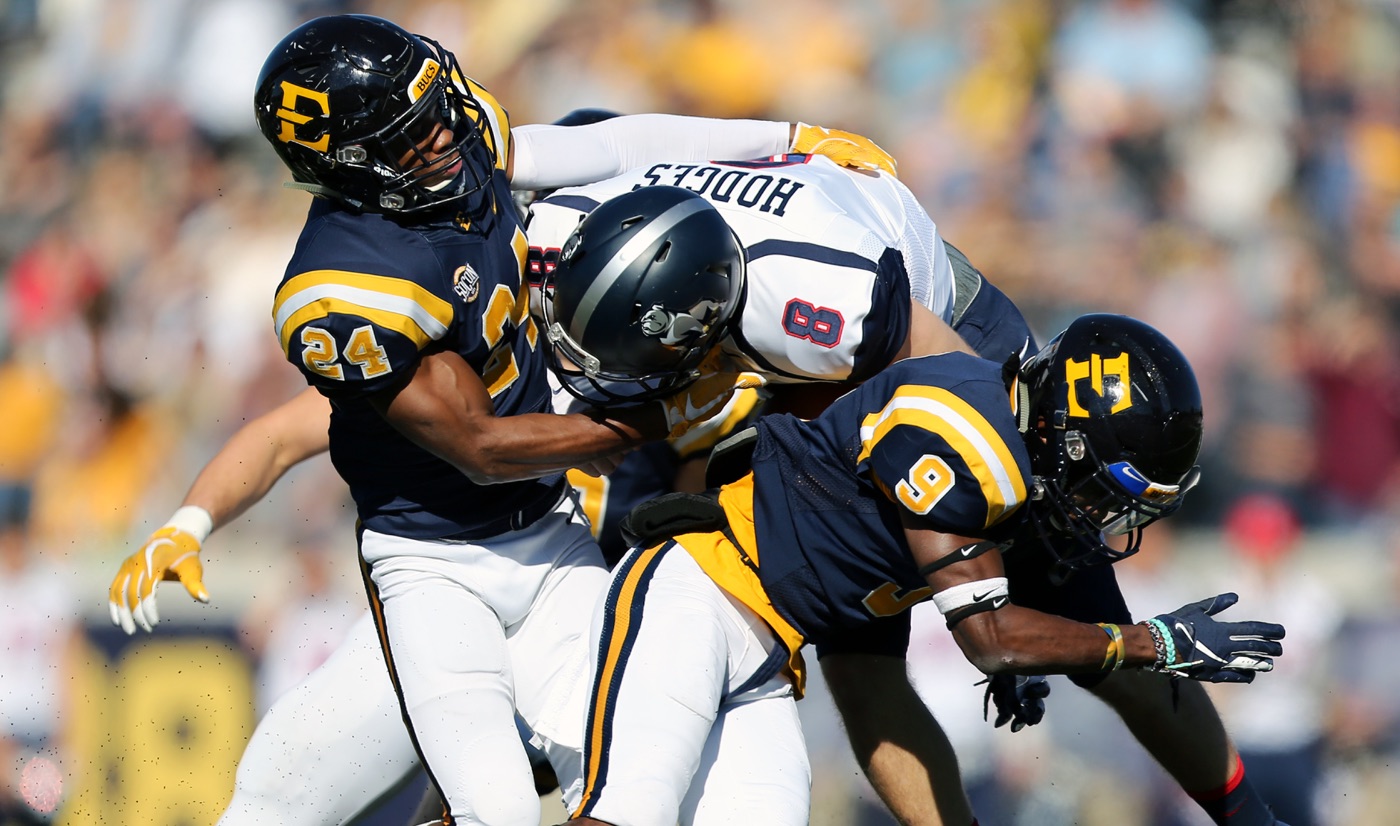 JOHNSON CITY, Tenn. (Nov. 17, 2018) -- With their eyes set on an outright Southern Conference football championship, the ETSU football team instead had to settle for a share of the title.

Leading 27-24 at the start of the fourth quarter, the Buccaneers were unable to hold the lead, as league foe Samford scored a pair of touchdowns over the final 15 minutes of play to take a 38-27 win Saturday afternoon on Senior Day inside William B. Greene Jr. Stadium.

A sellout crowd of 8,749 fans looked on as the Buccaneers dropped to 6-2 in SoCon play and 8-3 overall. ETSU will now await the FCS Playoff Pairing Show on ESPNU at 12:30 p.m. Sunday to learn their opponent for the national playoffs, which start next Saturday. Meanwhile, Samford improved to 5-3 in league play and 6-5 overall.

The Bucs, who have won their six league games by a total of 16 points, seemed to have had some magic left with 3:10 left in regulation and trailing Samford by four. The ETSU defense appeared to have sacked Samford quarterback Delvin Hodges for an 18-yard loss and had drawn a penalty flag for grounding. The result of that play would have had Samford facing a 2nddown and 28 from their own 47-yard line.

Instead, the head official who had thrown the flag, conferred with the line judge positioned on the Samford sideline and reversed his call. The Bulldogs took advantage of that change and four plays later scored to make it an 11-point game, ending the Bucs’ comeback hopes.

While it was not the result the Bucs wanted, the players who joined the reborn ETSU program in 2014 – when there was not even a football on the campus – still celebrated a share of the SoCon title. Those players included senior linebacker Dylan Weigel (Pickerington, Ohio), who finished with a game high 10 tackles on the day, as well as senior quarterback Austin Herink (Cleveland), who collected a pair of rushing scores in the loss.

The Bucs will wait to see who, where and when they will play again as the FCS Playoff Bracket will be released nationally beginning at 12:30 p.m. Sunday on ESPNU.