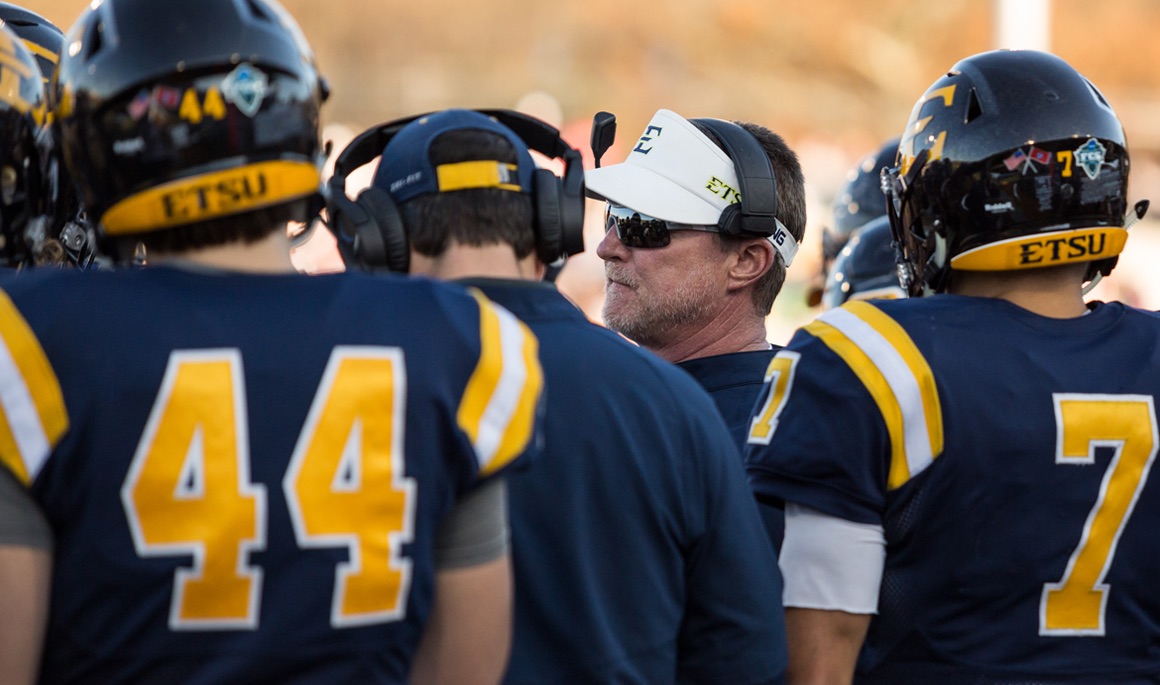 Game to played Saturday night in Jacksonville, Ala.

The ETSU football team will get its chance at Opportunity No. 12, as the 22nd-ranked Buccaneers earned a spot in the 2018 FCS Playoffs, which was announced Sunday afternoon on ESPNU.

The Bucs will take on No. 7 Jacksonville State on Saturday, Nov. 24 inside Burgess-Snow Field. Kickoff is set for 7:30 p.m. ET and will be broadcast on ESPN3.

ETSU, who earned a share of the Southern Conference championship, enters postseason play with an overall record of 8-3. The eight wins are the third-most in program history and the most in a season since the 1996 Buccaneers finished 10-3.

The Bucs are making their second playoff appearance in program history – the first coming in that 1996 season. ETSU is 1-1 all-time in the playoffs, as the Bucs defeated Villanova in the first round before falling to eventual national runner-up Montana.

Jacksonville State went 8-3 in the regular season en route to capturing its fifth straight Ohio Valley Conference title. This marks the Gamecocks’ sixth straight FCS Playoff appearance, while JSU is 39-5 at home since 2012. The Gamecocks played in the 2015 FCS National Championship against North Dakota State, while this marks the first year JSU is playing a first round playoff game since 2014. The Gamecocks are coming off a 60-52 five-overtime loss to No. 2 Kennesaw State last Saturday at Sun Trust Park.

Saturday will be the third-ever meeting between the two programs. ETSU defeated the Gamecocks 20-14 in Johnson City back in 1960, while JSU won the first-ever meeting in 1959, 13-0.

The winner of ETSU-JSU will face No. 7 national seed and CAA champion Maine in the second round on Dec. 1. The game will be play at Maine and will kickoff at Noon.