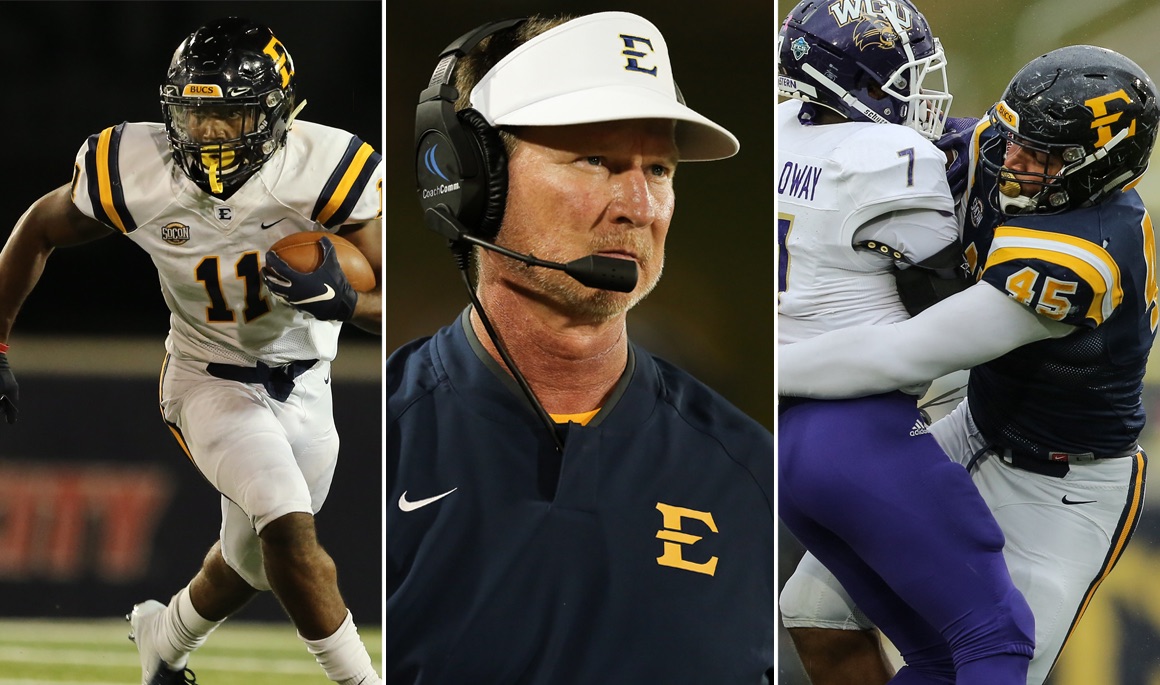 Holmes has recorded over 1,300 all-purpose yards and 15 touchdowns in 11 games during his rookie season or the Blue and Gold. The Powder Springs, Ga. native has totaled 820 rushing yards on 187 carries with 13 touchdowns, while also adding 32 receptions for 242 yards and two touchdowns. Holmes, the third player in program history to rush for double-digit touchdowns in one season, ranks seventh among FCS players in total touchdowns, ninth in rushing touchdowns, 37th in all-purpose yards per game (120.36) and 45th in rushing yards. The Buccaneer running back has totaled four 100-yard rushing games (Bucs are 4-0 in those contests), while he was named STATS FCS National Freshman of the Week following his 102-yard rushing yard, two-touchdown performance in the win over Furman back on Sept. 22. Holmes is one of 20 finalists for the award.

In his first season at the helm of the Buccaneers, Sanders led the Blue and Gold to eight wins and a share of the SoCon Championship – the first in program history – along with their first FCS Playoff appearance since 1996. The eight wins are the third-most in program history and marks the most by a first-year ETSU head coach. Over the season, ETSU registered a five-game win streak from Sept. 14-Oct. 13, marking the longest since 1996, while the eight wins are the most by a Buccaneer team since that 1996 campaign. The Bucs, who are in their fourth year after bringing the program back in 2015, have been ranked as high as No. 17 in the AFCA FCS Coaches’ Poll. Sanders is one of 15 coaches to be named to the Eddie Robinson watch list.

A national panel of over 150 sports information and media relations directors, broadcasters, writers and other dignitaries will select the winners. Voting is based on the regular season.

All four awards plus the STATS FCS Doris Robinson Scholar-Athlete of the Year will be celebrated at the STATS FCS Awards Banquet and Presentation, scheduled for Jan. 4 in Frisco, Texas, on the eve of the national championship game.