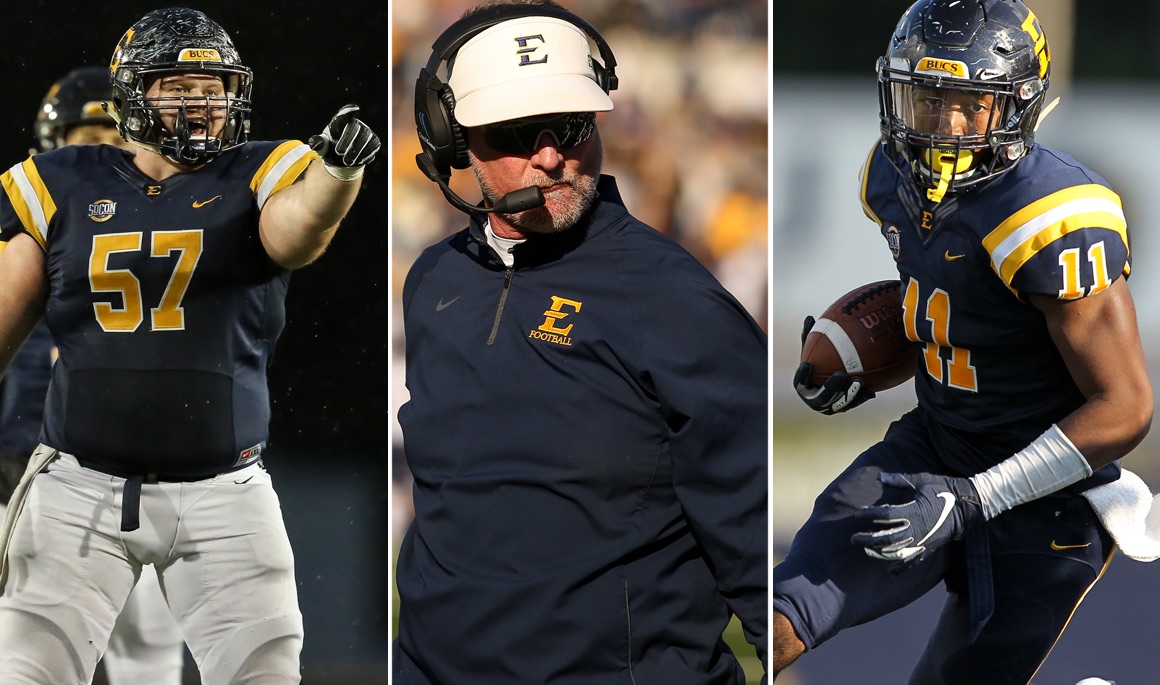 Bucs lead SoCon with 14 all-conference honors by the coaches, 11 via the media

After already having the Southern Conference title in its possession, the Buccaneers cleaned up the all-conference awards as running backQuay Holmes (Powder Springs, Ga.) was named Freshman of the Year, Matt Pyke (Clinton, Tenn.) earned the Jacobs Blocking Award and Randy Sanders received the Wallace Wade Coach of the Year honor. Overall, the Bucs led the SoCon with 14 all-conference honors (12 players) from the coaches and 11 via the media.