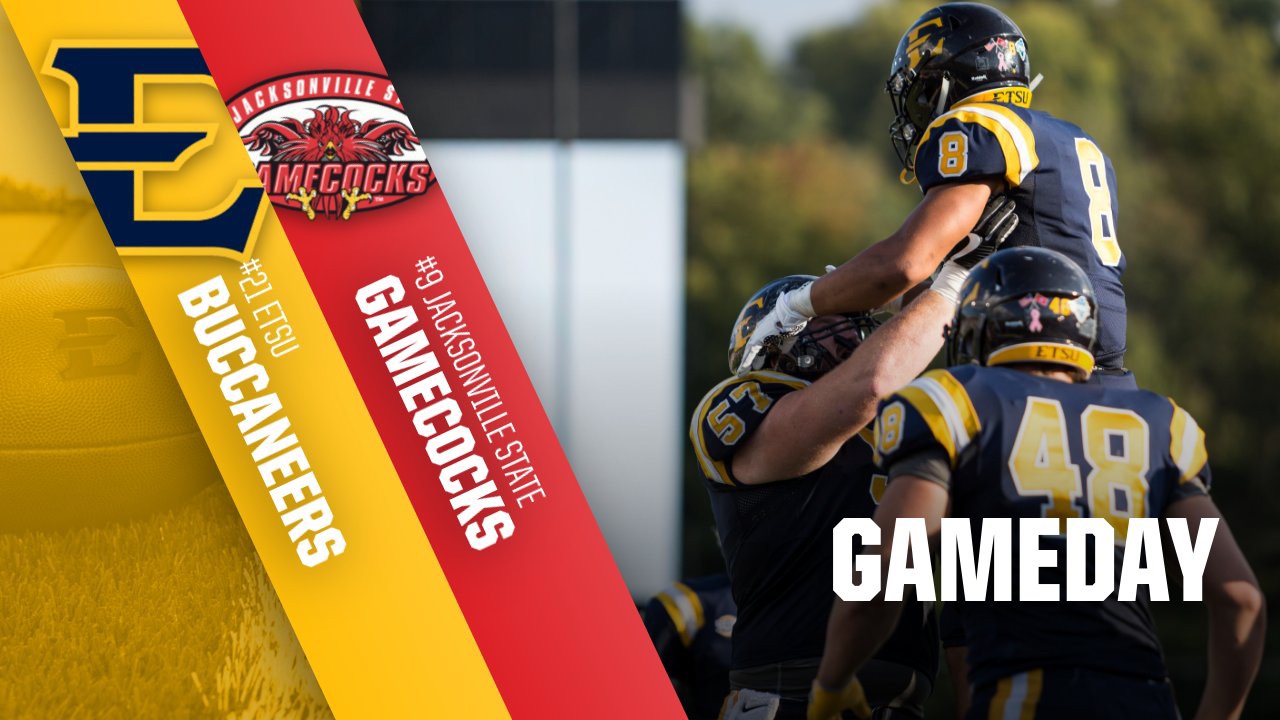 JACKSONVILLE, Ala. (Nov. 24, 2018) – The ETSU football team begins play in the FCS Playoffs as the 21st-ranked Buccaneers face No. 9 Jacksonville State on Saturday evening at Burgess-Snow Field. Kickoff is set for 7:30 p.m. ET.

Saturday’s game will also be broadcast on ESPN3 with Mike Watts and Tyoka Jackson on the call.

The broadcast team of “Voice of the Bucs” Jay Sandos, color analyst Robert Harper and studio hosts Mike Gallagher and Trey Adams will provide ETSU fans all the information they need to complement their game-day activities.

In addition to following the Bucs on your mobile device and/or tablet with live audio and video, fans can get up-to-the-minute stats by following the action via StatBroadcast. Fans can access live stats on their computers or mobile devices via NCAA.com.