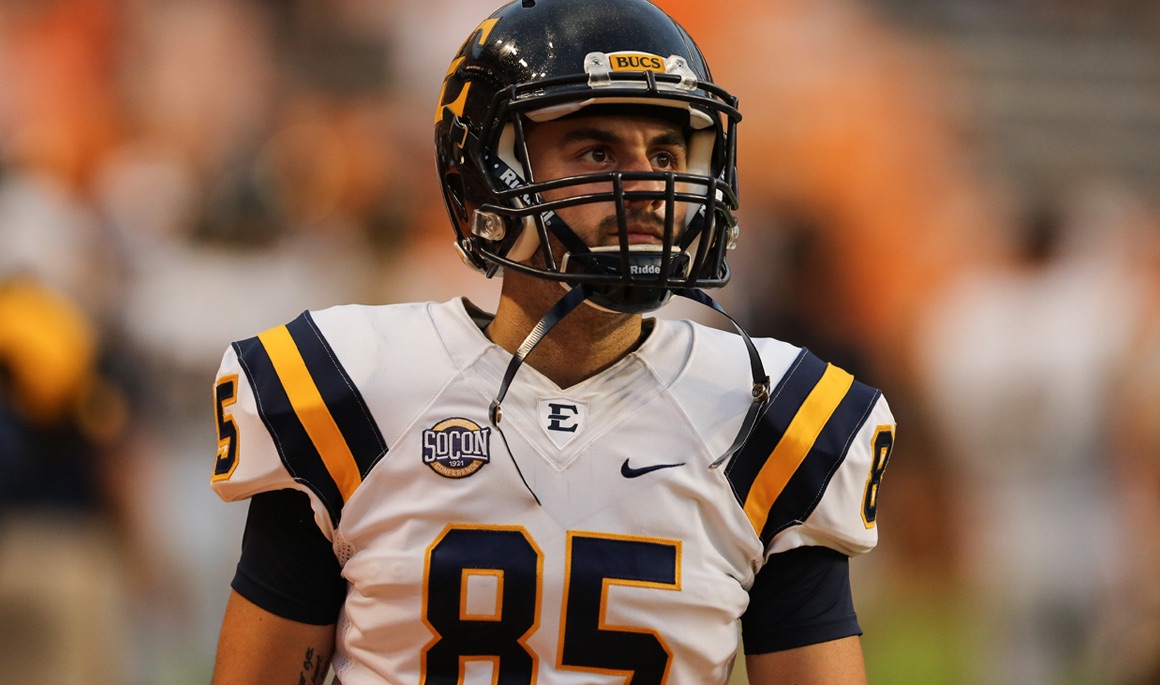 JOHNSON CITY, Tenn. (Dec. 5, 2018)– ETSU senior kicker JJ Jerman (Seymour, Tenn.) was named a finalist for the Fred Mitchell Award, which was announced by the committee on Wednesday.

Jerman is one of 10 finalists for the award, which is provided to the Football Championship Subdivision (FCS), Division II, Division III, NAIA or NJCAA place-kicker that excels on the football field and in the community. The place-kicker chosen for this award will be announced on December 10, 2018, and he will be honored on February 18, 2019, at the National Football Foundation Chicago Chapter Awards Ceremony at Halas Hall in suburban Chicago.

“Strong cases can be made for all of our finalists in terms of kicking performance and community service. Our 35-person selection committee is proud and honored to recognize these worthy individuals,” Fred Mitchell said.

Jerman is coming off another strong season where he earned all-SoCon honors after going 19-of-23 in field goal attempts, 33-of-33 on extra-points and totaled 17 kickoffs for 1,028 yards and six touchbacks. The Buccaneer senior kicker set the new single-season school record for field goals made, while also breaking the all-time career mark with 53. The Seymour, Tenn. native also ranks second in program history in extra-points (94) and in scoring (253). Jerman also tied the single-game record with a personal-best four field goals in the win over The Citadel on Oct. 13.

The Award is named for Fred Mitchell, the record-setting place-kicker, Wittenberg University Athletic Hall of Famer, author, philanthropist and former Chicago Tribune sports columnist. The recipient of the Fred Mitchell Award will be chosen based on excellence on the football field and in the community.

There were 40 place-kickers nominated for this award. The breakdown of the 10 finalists is as follows: