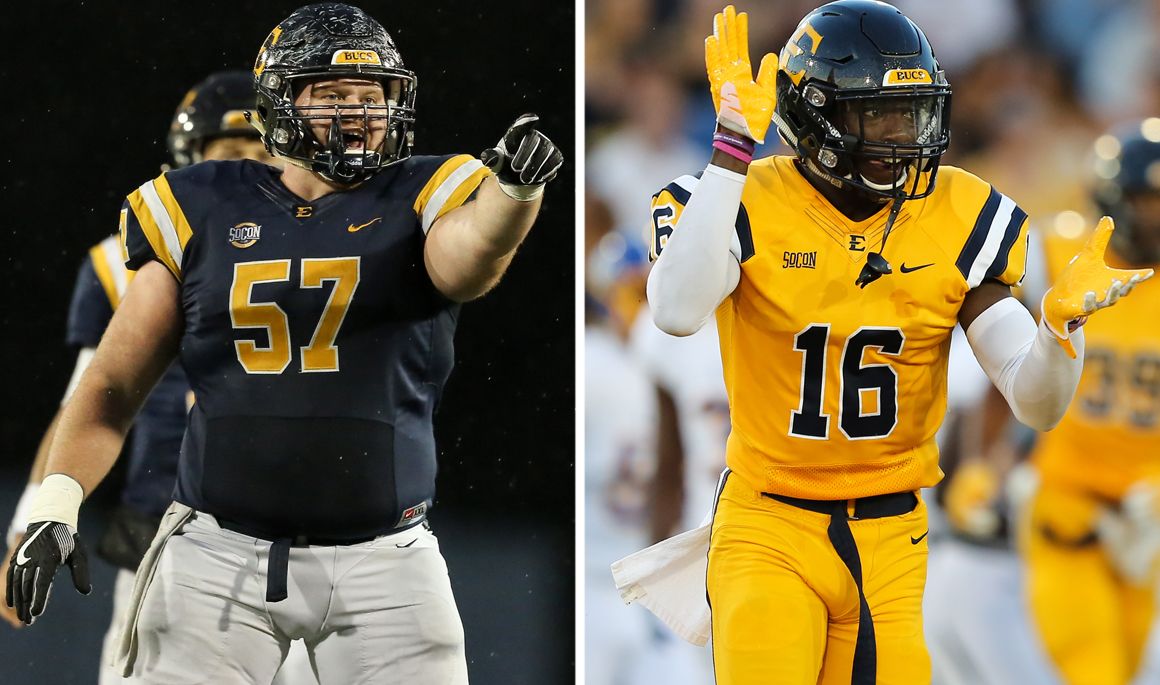 Pyke earned first team honors and Robinson was placed on the second team. Pyke and Robinson, who become the 32nd and 33rd Buccaneers to earn All-American honors, are the first ETSU players to receive the award since 2001.

Pyke has collected a handful of hardware over the last few weeks as the Buccaneer received the Jacobs Blocking Award, which is given to the top offensive lineman in the Southern Conference, while also earning first team all-SoCon honors. The Clinton, Tenn. native – one of the original members of ETSU’s 2014 signing class – started all 45 games in his career. Pyke played in 789 of the 795 possible snaps this season for the Blue and Gold. His blocking duties helped the Bucs turn in nine 100-yard rushing games and four games of over 200 yards. Pyke is the first Buccaneer offensive lineman to receive the honor since 1969 when John Walton received the award and the first ETSU player to earn first team All-American honors since Mario Hankerson and B.J. Adigun accomplished the feat in 1997.

Robinson enjoyed his second season in the Blue and Gold as he totaled 71 tackles, six interceptions, nine pass break-ups and 15 passes defended. The Buccaneer defensive back earned first team all-SoCon honors, while also being tabbed SoCon Defensive Player of the Month (October) and FCS National Player of the Week following his performance versus The Citadel. Robinson finished with eight tackles and two interceptions – including a 42-yard touchdown return – in the win over the Bulldogs. Overall, Robinson led all SoCon players in interceptions, while ranking seventh among FCS players in interceptions per game (0.5) and 17th in passes defended per game (1.3).