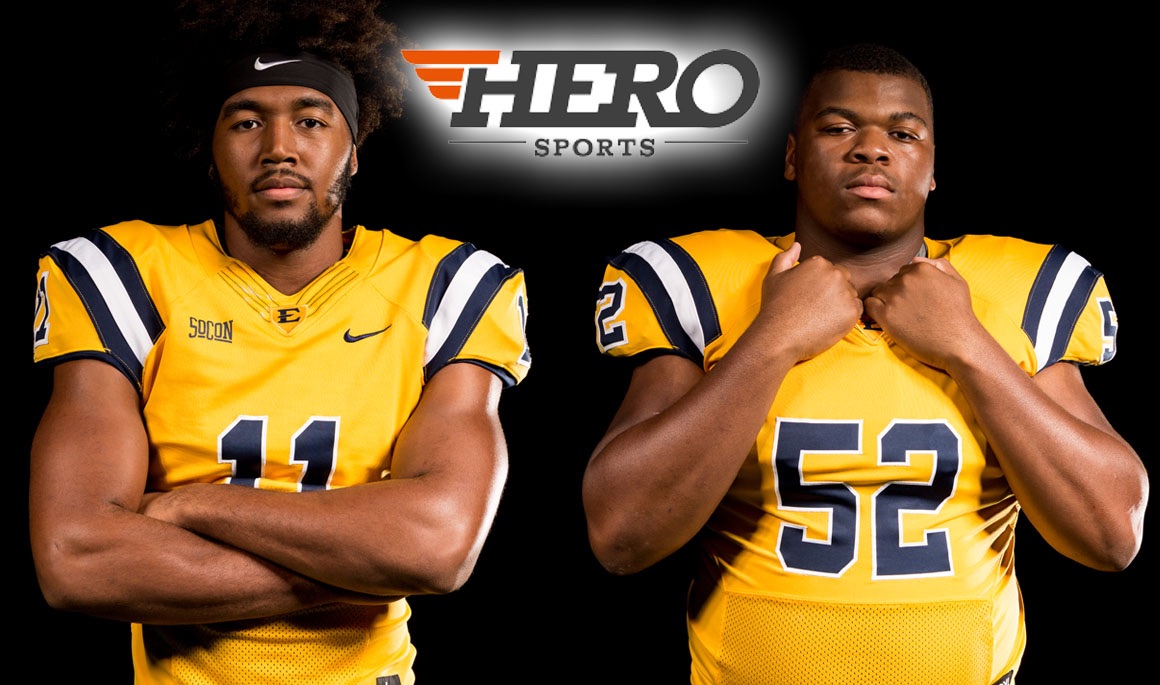 Holmes, the Southern Conference Freshman of the Year, earned the accolade for all-purpose yards as he totaled 1,480 yards in his first season with the Blue and Gold. The first team all-SoCon selection racked up 928 rushing, 279 receiving and 273 kickoff return yards en route to ranking 22nd among FCS players in all-purpose yards (second among freshman). Holmes became just the third player in ETSU history to rush for double-digit touchdowns as his 13 rushing scores were tied for second all-time by a Buccaneer and ranked 10th in the FCS this season. Overall, Holmes – who finished third in the STATS FCS Jerry Rice Award voting – registered 15 touchdowns on the season, which also ranked 10th among FCS players.

Shorts enjoyed a strong first season in the Blue and Gold as he played in all 12 games, making 10 starts. The Hampton, Ga. native played in 779 snaps and made his first collegiate start in the win at VMI on Sept. 14. Shorts’ blocking helped the Bucs total nine 100-yard rushing games and four 200-yard contests, while the ETSU offensive line did not allow a sack in the VMI game.

\For more information on Buccaneer football, visit ETSUBucs.com and click on the football link.