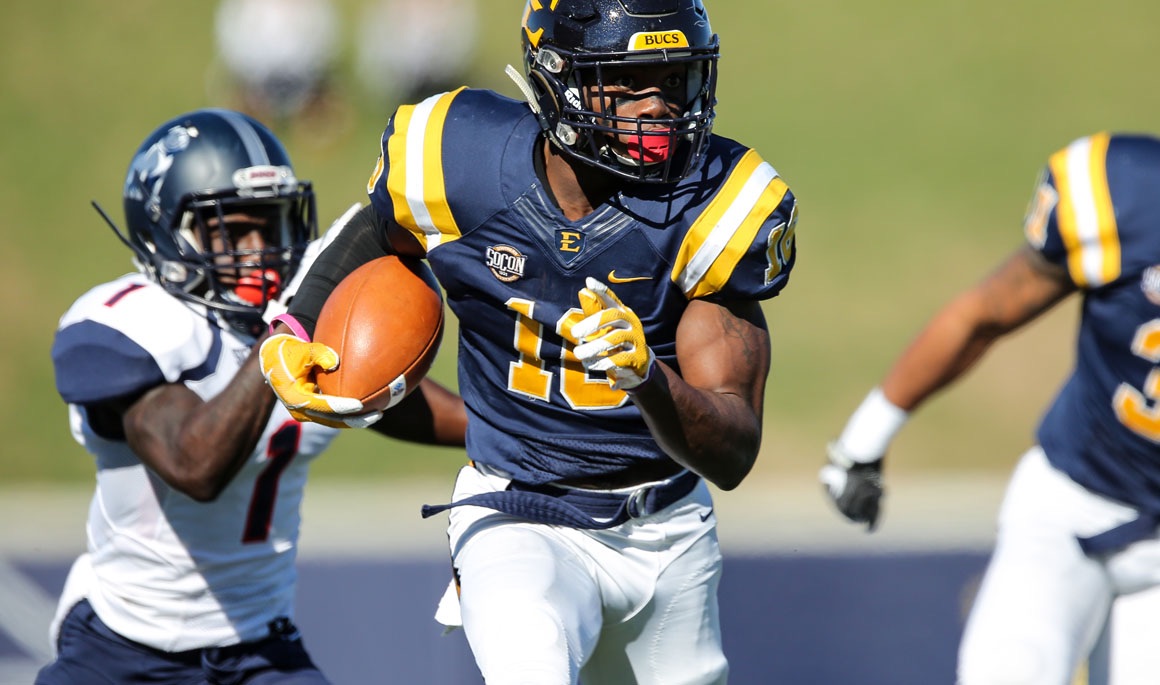 A week after earning the honor by The Associated Press, Robinson received the HERO Sports Sophomore All-American accolade on Tuesday.

The Gainesville, Ga. native earned the SoCon Player of the Month honor for October and was also tabbed STATS FCS National Player of the Week following his 8-tackle, 2-interception game in the win over The Citadel on Oct. 13. One of his two interceptions in that were returned for a touchdown.

Robinson enjoyed a three-game stretch where he recorded four interceptions and two defensive touchdowns from Oct. 6-20. Robinson collected his first collegiate interception in the 45-0 win versus Gardner-Webb, while following that up with his 2-interception game at The Citadel and collected an interception and fumble recovery for a score the next week at Wofford.

Robinson played in all 12 games for the Blue and Gold this season, including 11 starts to help guide ETSU to an eight-win season, a share of the SoCon title and the program’s first playoff appearance in 22 years.