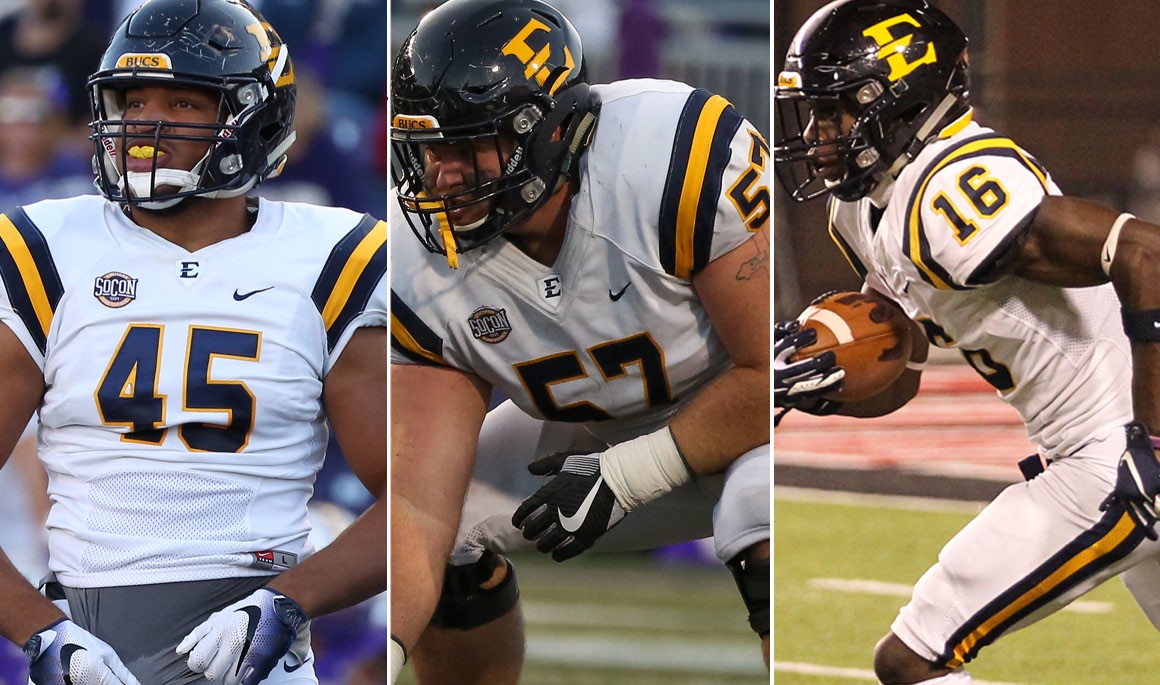 Pyke, who also earned first team All-American honors by The Associated Press, started in all 12 games for the Blue and Gold this season. The Buccaneer offensive lineman played in 789 of the 795 snaps this season for the Buccaneers en route to earning the Southern Conference’s Jacobs Blocking Award and first team all-conference honors. Pyke helped the Bucs turn in nine 100-yard rushing games and four games of over 200 yards. For his career, Pyke started all 45 games at center for the Blue and Gold.

Robinson posted 71 tackles, six interceptions, nine passes break-ups and 15 passes defended this past season for the Buccaneers. The first team all-conference selection led the Southern Conference in interceptions and ranked seventh among FCS players in interceptions per game (0.5) and 17th in passes defended per game (1.3). The Gainesville, Ga. native earned the SoCon Player of the Month honor for October and was also tabbed STATS FCS National Player of the Week following his 8-tackle, 2-interception game in the win over The Citadel on Oct. 13. One of his two interceptions in that were returned for a touchdown.

Player, a finalist for Buck Buchanan Award, totaled 43 tackles, 11 tackles for loss, six sacks, 11 quarterback hurries and three forced fumblesin 11 starts for the Bucs. The first team all-SoCon selection finished third in the conference in forced fumbles for per game (0.27), tied for fourth in sacks per game (0.55) and tied for sixth in tackles for loss per game (1.0). The Columbia, S.C. native also earned SoCon Defensive Player of the Week following 6-tackle, 3-sack and 2-forced fumble game in the win over Chattanooga on Sept. 29

The trio helped guide ETSU to an eight-win season, a share of the SoCon title and the program’s first playoff appearance in 22 years.