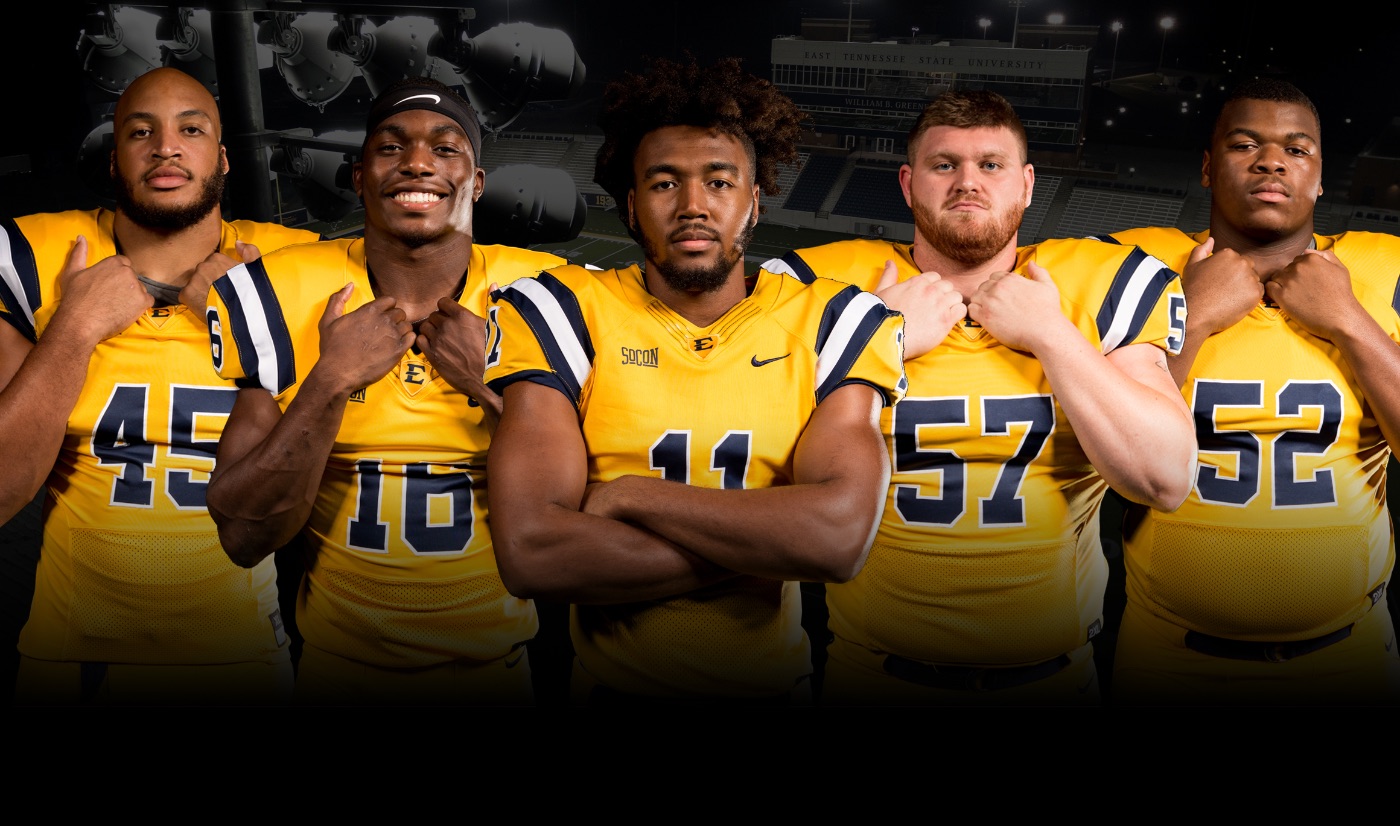 Pyke collected his fifth All-American honor this season after registering an outstanding season where he earned the Jacobs Blocking Award – given to the top lineman in the Southern Conference – while also earning first team all-conference honors. The Buccaneer center started all 45 games of his collegiate career, while playing 789 of the 795 possible snaps for the Blue and Gold this year.

Player, a finalist for the Buck Buchanan Award, picked up his third All-American accolade this season. The Columbia, S.C. native totaled 43 tackles, 11 tackles for loss, six sacks, 11 quarterback hurries and three forced fumbles in 11 starts for the Bucs. The first team all-SoCon selection finished third in the conference in forced fumbles per game (0.27), tied for fourth in sacks per game (0.55) and tied for sixth in tackles for loss per game (1.0).

This marks the second all-freshman All-American honors for both Holmes and Shorts, as they also received the honor from HERO Sports last month.

Holmes, the Southern Conference Freshman of the Year, totaled 1,480 all-purpose yards in his first season with the Blue and Gold. The first team all-SoCon selection racked up 928 rushing, 279 receiving and 273 kickoff return yards en route to ranking 22nd among FCS players in all-purpose yards (second among freshmen). Holmes became just the third player in ETSU history to rush for double-digit touchdowns as his 13 rushing scores were tied for second all-time by a Buccaneer and ranked 10th in the FCS this season. Overall, Holmes – who finished third in the STATS FCS Jerry Rice Award voting – registered 15 touchdowns on the season, which also ranked 10th among FCS players.

Shorts enjoyed a strong first season in the Blue and Gold as he played in all 12 games, making 10 starts. The Hampton, Ga. native played in 779 snaps and made his first collegiate start in the win at VMI on Sept. 14. Shorts’ blocking helped the Bucs total nine 100-yard rushing games and four 200-yard contests, while the ETSU offensive line did not allow a sack in the VMI game.