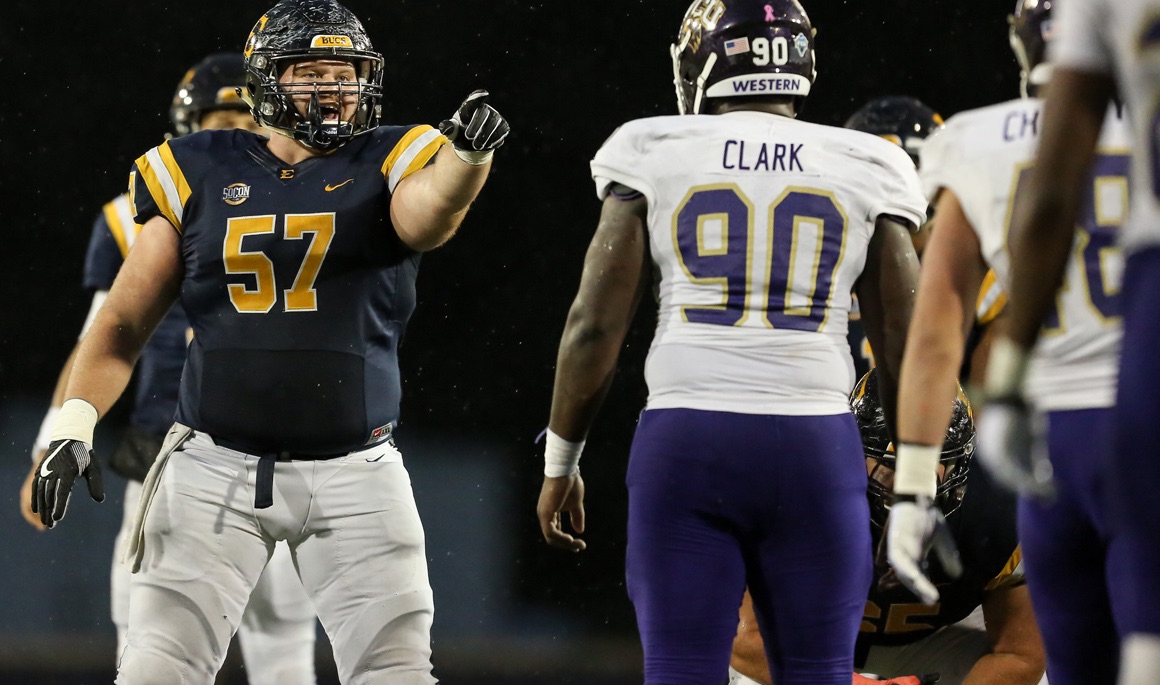 JOHNSON CITY, Tenn. (Jan. 9, 2019) -- ETSU’s Matt Pyke (Clinton, Tenn.) will go down as one of the most decorated Buccaneer offensive linemen in program history.

Pyke was named to the FCS Athlon Sports All-American Team on Wednesday, which marks his sixth postseason All-American honor this year.

The Buccaneer center received the Jacobs Blocking Award – given to the top lineman in the Southern Conference – while also earning first team all-conference honors following the 2018 campaign. Pyke started all 45 games of his collegiate career, while playing 789 of the 795 possible snaps for the Blue and Gold this year. His blocking duties helped the Bucs turn in nine 100-yard rushing games and four games of over 200 yards.