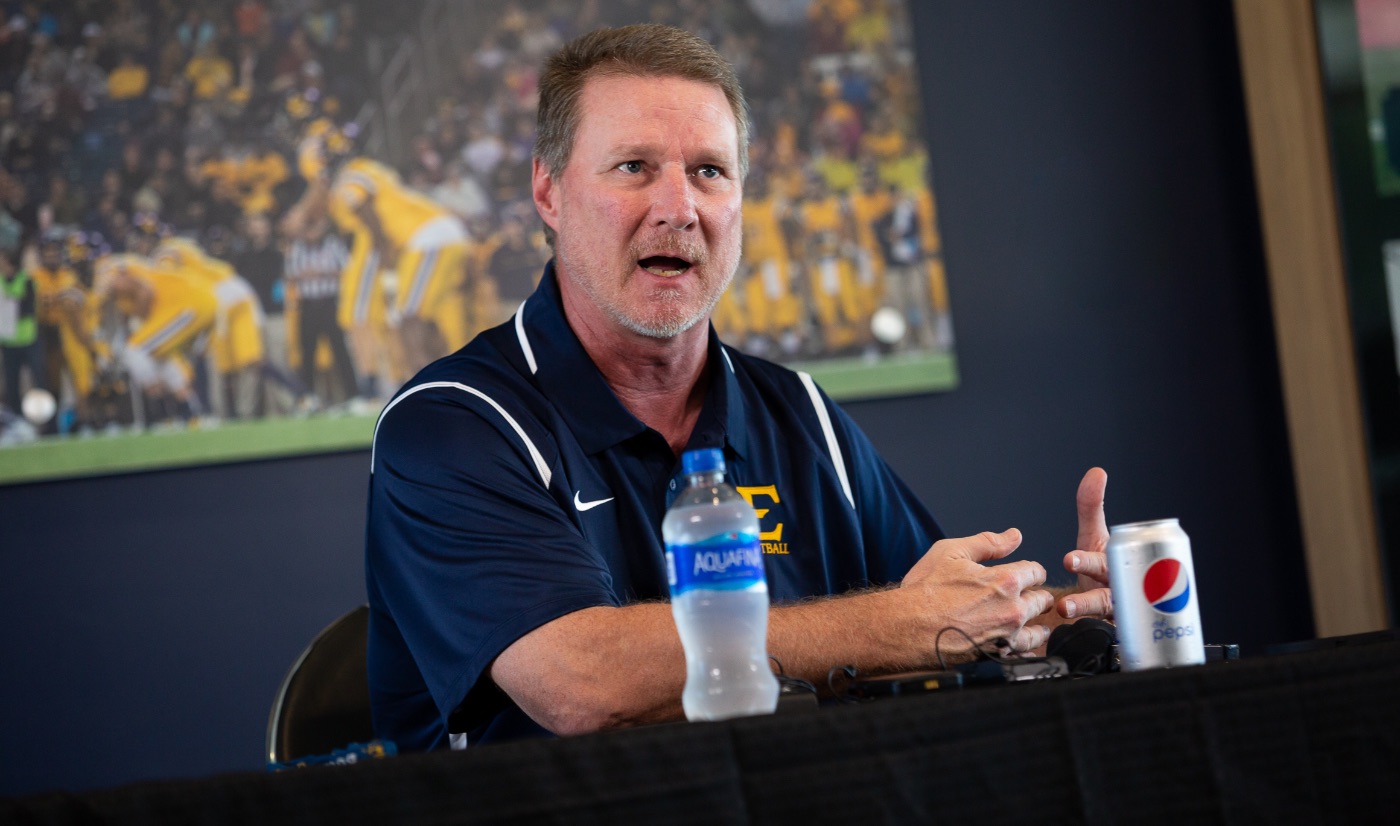 JOHNSON CITY, Tenn. (March 18, 2019) – East Tennessee State University football head coach Randy Sanders has announced an addition to his coaching staff on Monday afternoon. In conjunction with the first spring practice on March 19, Coach Sanders and the rest of the staff are excited to welcome former Super Bowl winner, Bryan Stork, to the coaching staff.

“I am excited to announce the addition of Bryan Stork to our coaching staff prior to spring practice,” stated Coach Sanders. “I had the privilege of watching Stork develop as a player at Florida State. He is very knowledgeable in the game and will be a great addition to our staff. We have a very energetic group on our staff and I am excited to kick off the spring season.”

ABOUT STORK
Bryan Stork comes to Johnson City, Tenn. after having served as a graduate assistant with the Southern Miss football team, working with the Golden Eagles’ offensive line. Stork was a standout center with the Florida State Seminoles from 2009-2013, proving to be an instrumental piece in FSU’s national title in 2013 as the starting center. Stork was recruited as a two-star tight end in 2009, eventually transforming into a top-end lineman for Florida State. Stork won the Rimington Trophy in 2013, an award that goes out to the nation’s top center. Stork was then selected by the New England Patriots in the fourth round of the NFL Draft in 2014, winning a Super Bowl with the Patriots in his rookie season. Stork retired from playing professional football in 2017 for personal reasons.

“Number one, it’s a blessing to be here,” commented Coach Stork. “It is very hard to find a job in today’s society and I am very proud to be a Buc. I know some people that have been here before like Erik Losey who I worked for as a graduate assistant. Coach Sanders knew me from Florida State. We all loved him and it’s truly an honor to be working for him. I am very blessed to be here and really excited to be a Buc.”