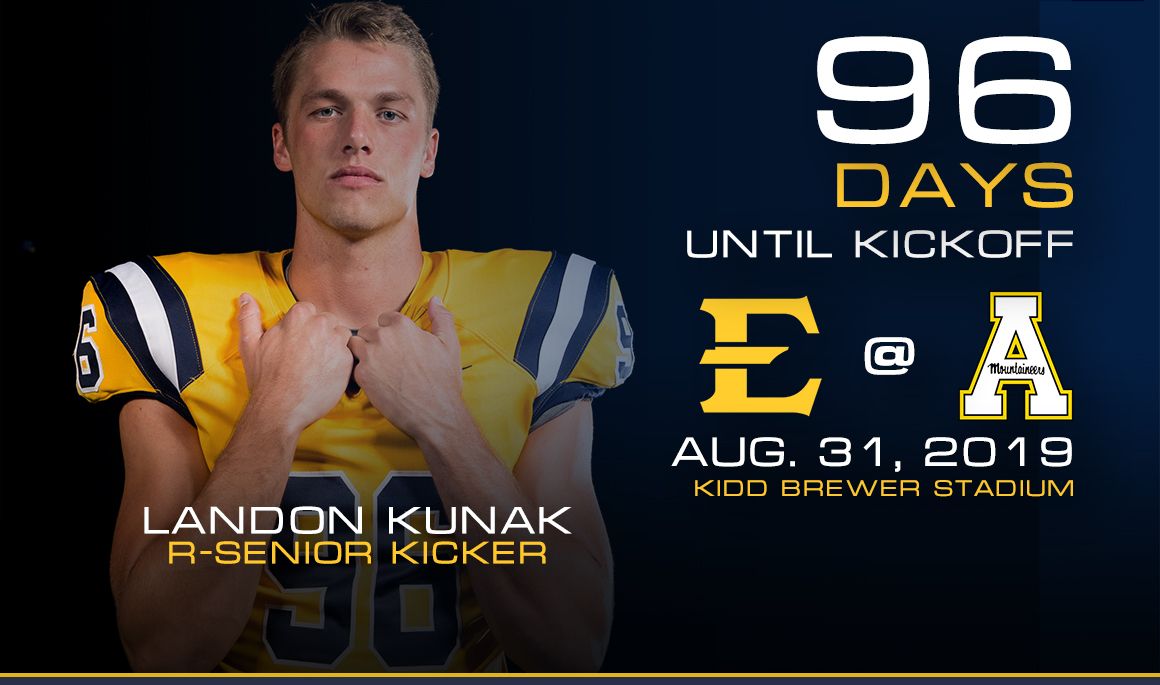 JOHNSON CITY, Tenn. (May 27, 2019) – As ETSU anticipates the kickoff of the new campaign, ETSUBucs.com will count down the days by featuring the program’s 15 seniors on the site and via social media platforms throughout the summer months.

Today marks 96 days until the Bucs open the season at Appalachian State on Aug. 31 at Kidd Brewer Stadium in Boone, N.C. Redshirt-senior kicker No. 96 Landon Kunak (Spartanburg, S.C.) is the first player featured in the Senior Segment.

Kunak has played in 32 career games for the Blue & Gold through his first three seasons. Over the span of his career, Kunak has recorded 127 kickoffs for 7,726 total yards, averaging 60.8 yards per kickoff attempt. The South Carolina native has laced 58 of his 127 kickoffs for touchbacks, including a career-high 31 touchbacks during the 2017 season. In 2018, Kunak recorded 20 touchbacks in 44 attempts, netting 2,695 yards for the campaign. Kunak finished his junior season with five games of over 300 kickoff yards, including a career-best eight attempts for 513 yards in ETSU’s 45-0 homecoming-win over Gardner-Webb. Kunak has also jumped behind the long snapper 16 times in his career, netting 603 yards as the punter.

For more information concerning ticket pricing, seat locations or for any general questions about the ticket renewal system, please call (423) 439-3878.