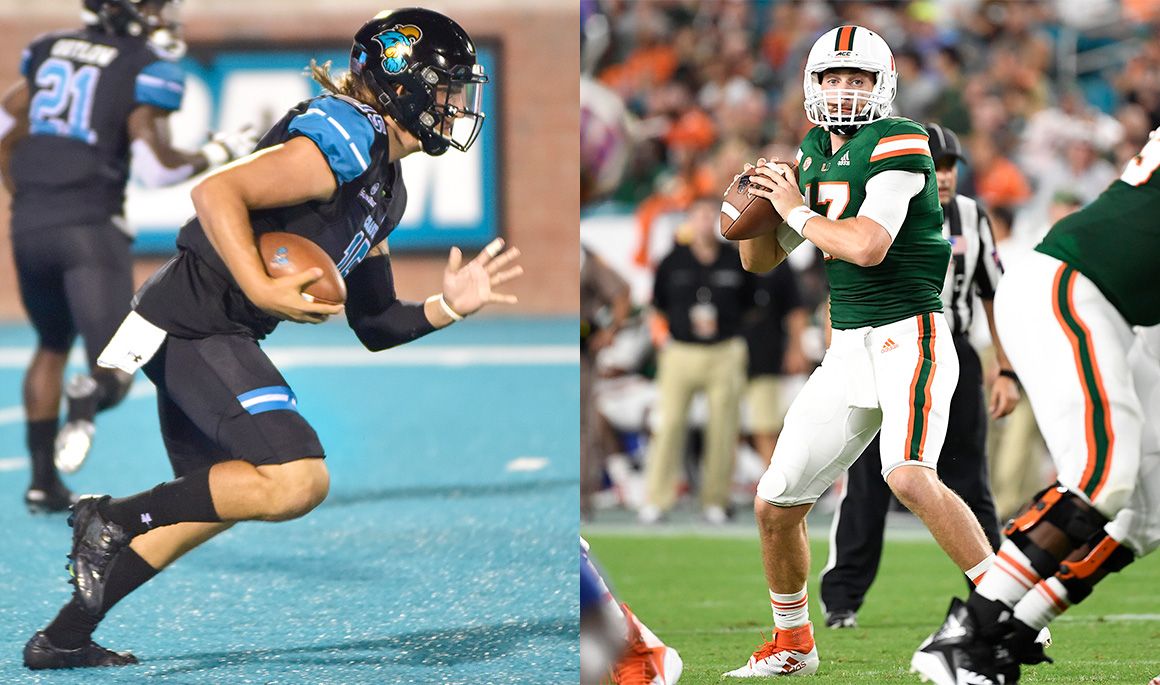 JOHNSON CITY, Tenn. (June 3, 2019) – ETSU Football Head Coach Randy Sanders has announced the signing of a pair of transfer quarterbacks, Chance Thrasher (Coastal Carolina) and Cade Weldon (Univ. of Miami (Fla.)). Thrasher and Weldon have officially begun classes in Johnson City, as the duo have joined the roster for the summer sessions.

“Bringing Chance and Cade on board allows us to be deeper at the quarterback position,” stated Sanders. “I am excited to get them in the weight room and on the field so we can further evaluate where they stand heading into the fall.”

Thrasher hails from Suwanee, Ga., having played his high school ball at Peachtree Ridge High School. During his high school career, Thrasher threw for 4,833 yards with 44 touchdowns and just 13 interceptions. The Georgia native also rushed for 215 yards and four scores during his senior year. Trasher redshirted his first year at Coastal Carolina and then missed his second due to a season-ending injury. The Coastal Carolina quarterback saw the field in his third year with the team, playing in two games, completing 5-of-10 passes for 52 yards and rushing four times for 32 yards. In his final year with the Chanticleers as a junior, Thrasher saw action in three games, completing two passes for 17 yards and rushing five times for 10 yards.

Weldon comes to Johnson City from the University of Miami down in Coral Gables, Fla. Weldon hails from Tampa, Fla., playing high school football at Thomas Jefferson, rated the No. 19 pro-style quarterback nationwide by Rivals and No. 23 by ESPN. As a senior at Thomas Jefferson, Weldon totaled 3,135 passing yards and found the endzone 19 times, while completing 61 percent of his passes and rushing for 368 yards with one touchdown. The Florida native made his first collegiate appearance last season against Savannah State on Sept. 8, finishing 1-for-2 for 14 yards and rushed for a 16-yard touchdown against the Tigers. Weldon also saw the field against Florida International, North Carolina and Virginia Tech. Cade is the son of 1991 Heisman Trophy runner-up finisher, Casey Weldon.

Fans, it’s not too late to sign up for your 2019 season tickets to catch your favorite squad in action. You can sign up by clicking here. If you have any questions about the ticket renewal system, please call (423) 439-3878.