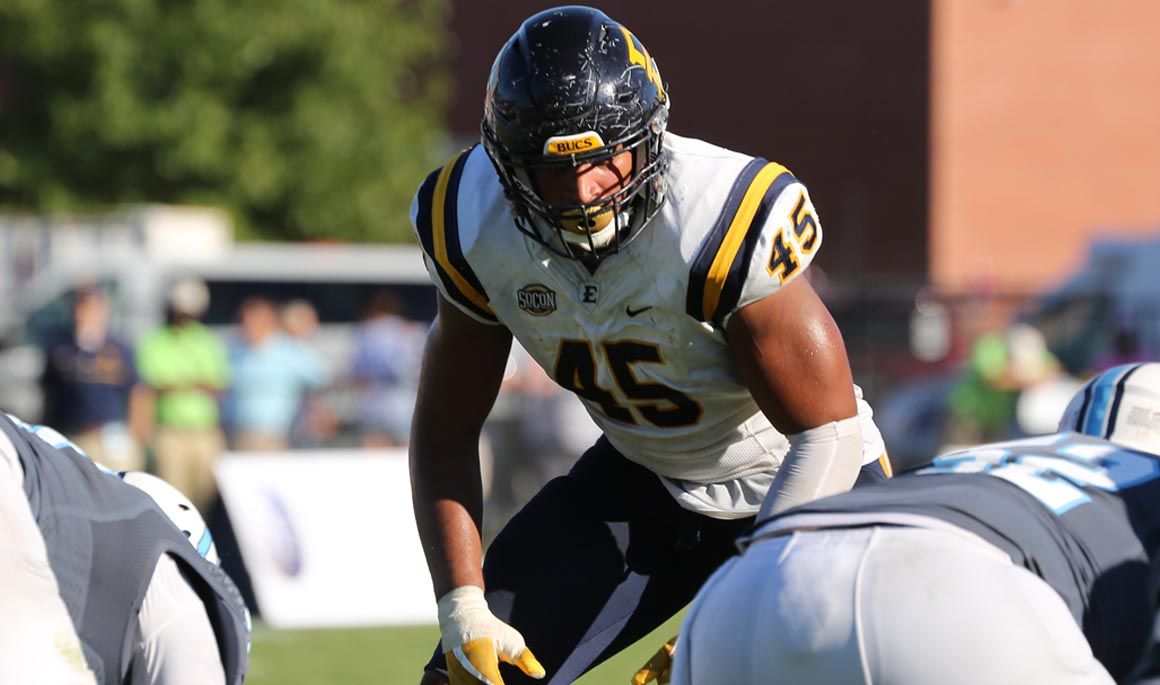 Player has become a household name in the SoCon after yet another successful season in which he finished with 43 tackles (25 solo), 11 tackles for loss, six sacks, three forced fumbles and two pass breakups. The experienced lineman was also credited with 11 quarterback hurries. The South Carolina native drew the attention of offensive linemen each game, having to fight through double and triple teams. Nothing could slow down the dynamic star as he was placed on the First Team All-SoCon Defense as well as the three different All-American squads, including the STATS FCS All-American team. In addition, Player was named a STATS FCS Buck Buchanan Award Finalist.